Can you believe it has already been one year since the launch of Ridley Jones?!

One year ago today, on July 13, 2021, the first season of Ridley Jones was released on Netflix following an incredible reception to the sneak peek release of the first episode “Ready or Not, Here I Come/Some Like it Hot” on YouTube on June 8, which garnered over 20 million views in one month! Since then, there have been 3 action-packed seasons featuring a cast of lovable museum exhibits, and of course, our favorite adventurer, Ridley Jones!

Not to mention, the series created and executive produced by Peabody, Emmy, and Humanitas Prize-winning children’s television screenwriter and producer Chris Nee, has gone on to receive two Kidscreen Awards nominations, a GLAAD Media Award nomination, a TCA Award nomination and a Common Sense Selection seal!

To celebrate this marvelous milestone one year anniversary for Ridley Jones, we’ve put together a special playlist⁠—a medley of our favorite moments, music, and museum magic, with a little mayhem and mischief thrown into the mix. Come along with the Eye of the Museum as they do their part in protecting the magic of the Museum. This playlist is the perfect way to look back on one year of Ridley Jones! 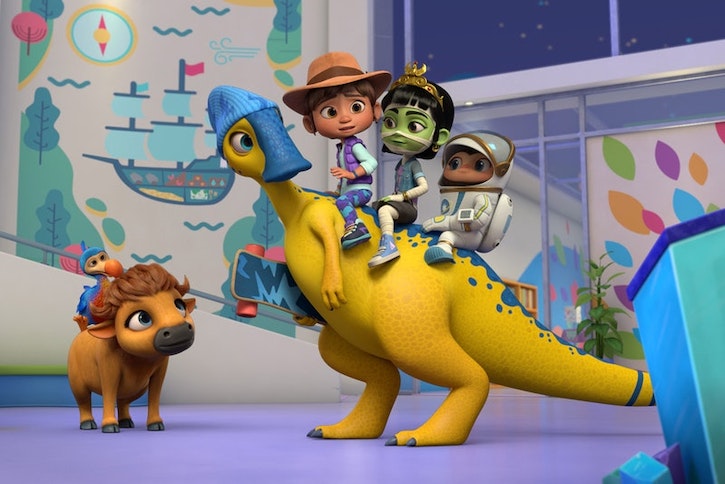 Songs Through the Seasons

These rockin’ tunes can teach us many valuable lessons such as never giving up, how to be a good neighbor, the importance of being true to yourself and more!

Friends of the Museum

Check out some of the Eyes’ best moments through the seasons, along with a few extra friends!

Being a part of the Eyes of the Museum means going on some pretty wacky adventures! What is most important is teamwork and sticking together in times of trouble.

Eager for more Ridley Jones adventures? Check out these playlists:

Watch the First Four Episodes of Ridley Jones on YouTube!

Go on a Musical Adventure with Ridley Jones!

Join Ridley Jones & the Eye Team in these Games for Kids!

And be sure to check out Ridley Jones Featuring in ‘Bedtime Stories with Netflix Jr.’ Podcast for Kids

You can follow Ridley Jones and the Eye team on even more adventures with Seasons 1, 2 and 3 of Ridley Jones streaming worldwide on Netflix.