GLAAD have announced the nominees for the 33rd Annual GLAAD Media Awards and we are overjoyed to see Ridley Jones swinging in and nabbing a nomination in the Outstanding Children’s Programming category. 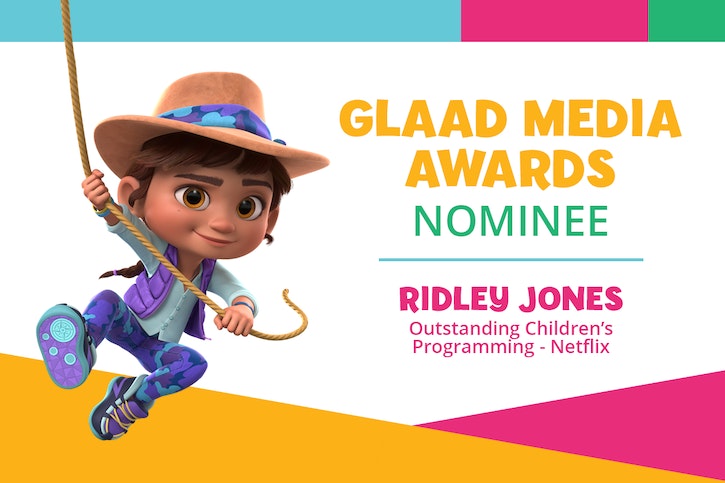 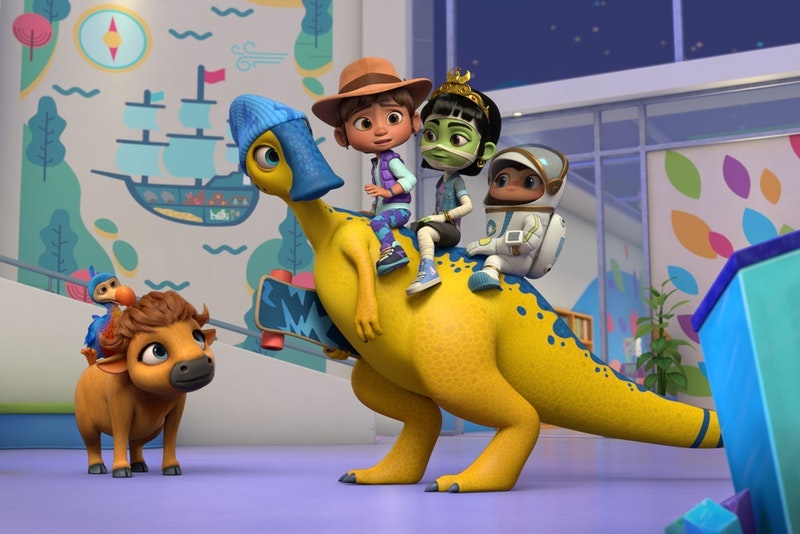 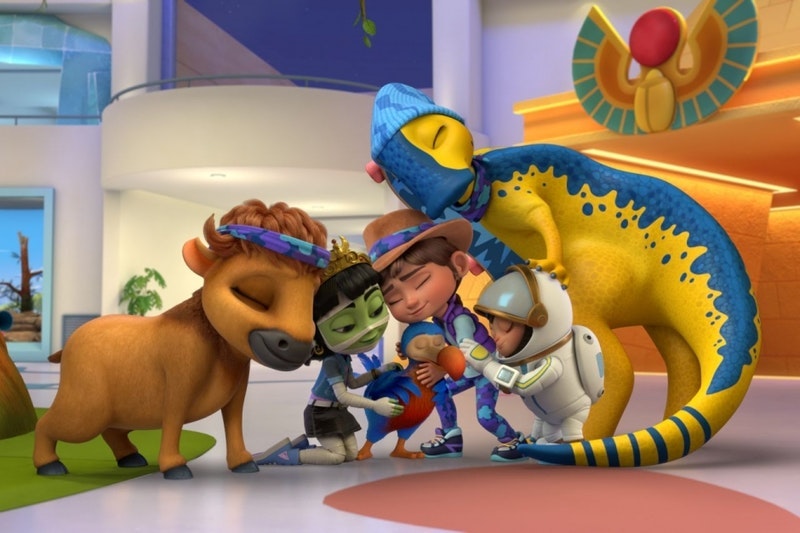 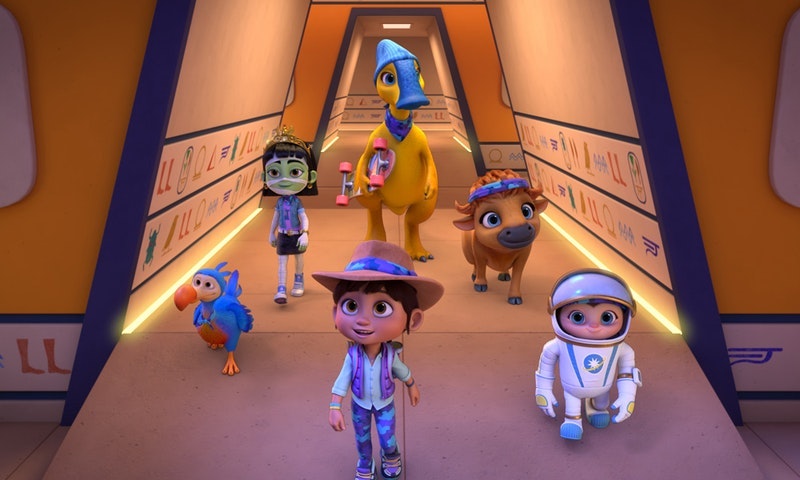 Ridley Jones, is one of our recently launched Netflix preschool series from the acclaimed Chris Nee (Doc McStuffins, Vampirina), which follows six-year-old Ridley who, alongside her mother and grandmother, is a protector of the museum she calls home. Keeping the exhibits safe takes a real hero, especially when the lights go out and the exhibits — from Egyptian mummies to stampeding elephants — come to life! Throughout her many adventures, Ridley finds that being a good protector, and leader, is about finding common ground and respecting others, no matter what our differences might be.

The series features a few different LGBTQ+ characters like Ismat's two fathers, who are also both Mummies, voiced by Chris Colfer and Andrew Rannells, and the groundbreaking character of Fred the bison, voiced by nonbinary actor Iris Menas (West Side Story), the bison is the first nonbinary series regular on a Netflix preschool show. 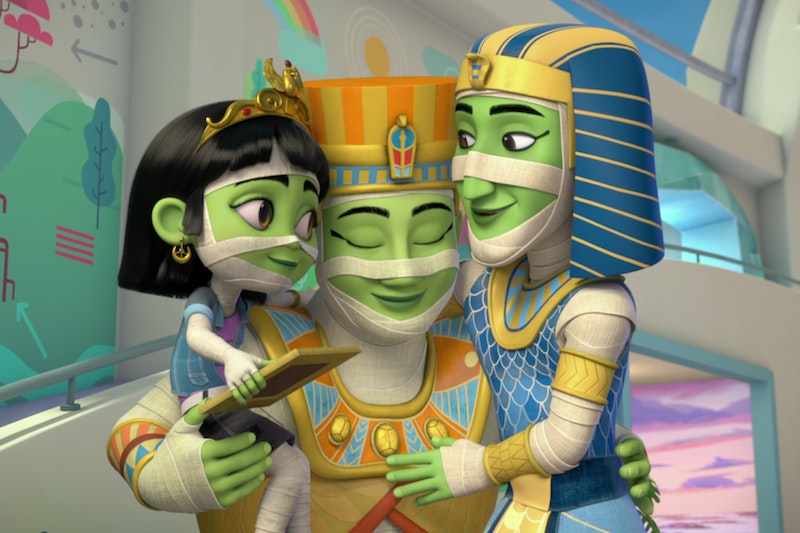 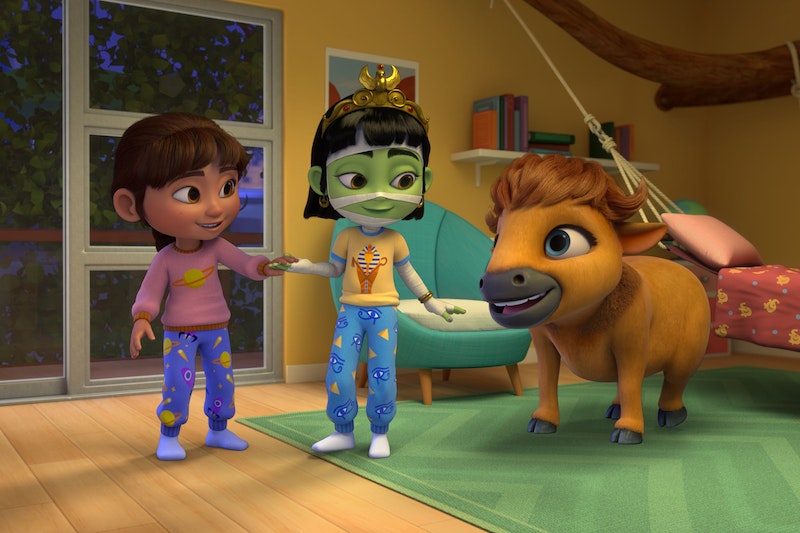 Show creator Chris Nee wanted to emphasize the importance of inclusivity with the series, which launched on Netflix last summer.

“As a member of the LGBTQ community myself, I’m always looking for ways to create representation. Fred is just there, and that's actually, I think, one of the more revolutionary things about it is that Fred is just a part of the main crew.”

I can't tell you how thrilled I am to have Ridley Jones nominated for a @glaad Media Award. I have to thank @hi__im__iris for playing Fred and being an incredible partner in bringing this roll to life. And to Andrew Rannells and @chriscolfer for playing our mummy daddies. pic.twitter.com/7bXs0KvnTD

You can catch Seasons 1 and 2 of Ridley Jones currently streaming on Netflix, with the first four episodes also available to watch on Netflix Jr's YouTube channel.

We are thrilled to see Ridley Jones in such great company, and extend a special shout-out to our partners at Netflix, Chris Nee (Laughing Wild) and President Barack Obama and Michelle Obama’s Higher Ground Productions on their nomination for We The People.

The GLAAD Media Awards honor media for fair, accurate, and inclusive representations of LGBTQ people and issues. Since its inception in 1990, the GLAAD Media Awards have grown to be the most visible annual LGBTQ awards show in the world, sending powerful messages of acceptance to audiences globally.

The GLAAD Media Awards ceremonies, which fund GLAAD's work to accelerate LGBTQ acceptance, will be held in Los Angeles at the Beverly Hilton on Saturday, April 2, 2022 and in New York at the Hilton Midtown on Friday, May 6, 2022.

Check out the full list of nominees here: The Nominees for the 33rd Annual GLAAD Media Awards