Gather around Ridley fans! Ahead of July 13th's Season 1 drop on Netflix, we have got the first four episodes for you to enjoy. 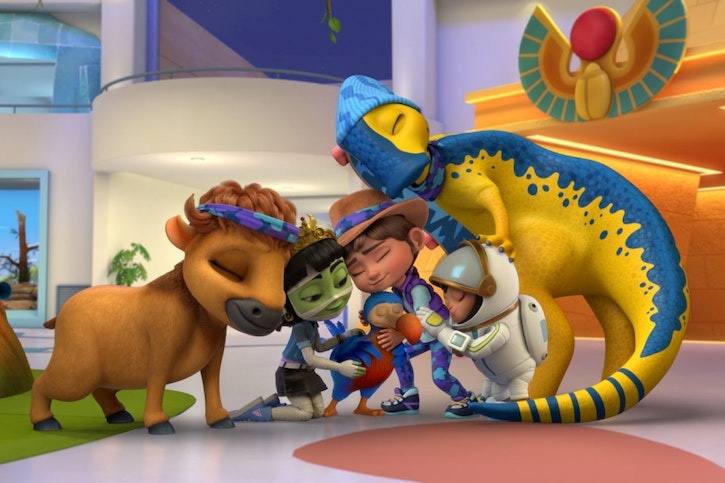 Ridley Jones, created and executive produced by Peabody, Emmy, and Humanitas Prize-winning children’s television screenwriter and producer Chris Nee (Doc McStuffins, Vampirina), follows six-year-old Ridley who, alongside her mother and grandmother, is a protector of the museum she calls home. Keeping the exhibits safe takes a real hero, especially when the lights go out and the exhibits — from Egyptian mummies to stampeding elephants — come to life! Throughout her many adventures, Ridley finds that being a good protector, and leader, is about finding common ground and respecting others, no matter what our differences might be.

Check out the first four episodes below:

Ready or Not, Here I Come / Some Like it Hot

Get ready to swing into action and meet Ridley Jones and her Eye Team pals for the very first time! Excitement and adventure await around every corner of the Natural History Museum they not only protect but also call home!

Un-Fit for a Queen / Peaches We Have a Problem

From flooding fountains to saving a sleepover Ridley Jones and her pals always work together! Swinging into action and finding adventure wherever they go!