The festive season is upon us and 2018 is nearly at a close, and we're certain you'll agree it sure has gone by in a blink!

It's been a truly wonderful year for us though with many memorable highlights like our Manchester studio celebrating their 3rd anniversary, a Gracie Award for Nella the Princess Knight, Parents' Choice Awards for seven Brown Bag shows, an Emmy and Annie Award for Octonauts, a Kidscreen and NAACP Image Award for Doc McStuffins, a whopping 15 more Emmy nominations, 4 BAFTA nominations, 3 European Animation Award nominations and a Kidscreen nomination for The Stinky & Dirty Show!

Our short film Angela's Christmas has received an incredible reception since its global release on Netflix in November (thanks for watching folks) and has been listed in TIME Magazine's 10 Best Christmas Movies for Kids on Netflix!

To top it all off, Kidscreen recently announced its HOT50 companies for 2018 and we were blown away to receive the top spot in the Production category for the second year in a row!

AND as the icing on the already delicious cake we've also got a short animation we created as part of the RTÉ Animated Shorts Scheme, ‘Pins and Needles’, airing on RTÉjr this Saturday 22nd, Sunday 23rd and also Christmas day at 5.27pm! You can take a little peek behind the scenes for it here. 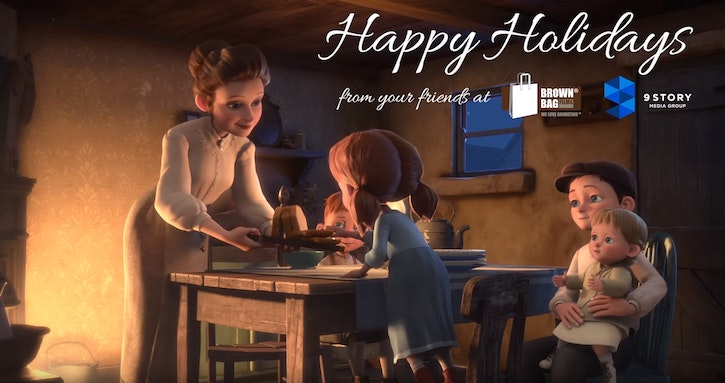 We'd love to take this opportunity to thank you for all your support throughout the year and hope you continue to enjoy our work!

This year we have made a donation to Make-A-Wish.