Xavier Riddle and the Secret Museum is in Production! #NewShow

We are thrilled to announce that Brown Bag Films Toronto is in production on the new animated series 'Xavier Riddle and the Secret Museum'! 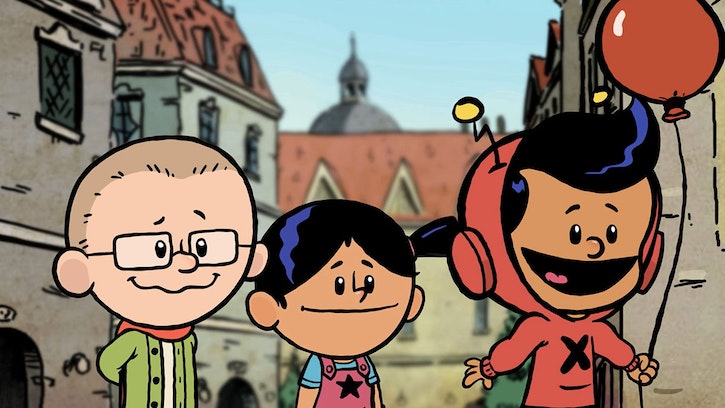 Based on the children’s book series, Ordinary People Change the World by New York Times bestselling author Brad Meltzer and illustrator Christopher Eliopoulos, 'Xavier Riddle and the Secret Museum' is being developed for PBS KIDS and is set to debut in the U.S. on PBS stations, the new 24/7 PBS KIDS channel and PBS KIDS digital platforms in fall 2019.

Geared towards kids ages 4-7, the series follows the adventures of Xavier Riddle, his sister Yadina and their friend Brad. In each episode, they face a problem, and turn to the Secret Museum, a hidden room under an ordinary museum, to help them solve it. The museum allows Xavier, Yadina and Brad to travel back in time to meet real-life historical figures when they were kids. They witness pivotal moments that shaped each of these iconic people, and learn about aspects of good character and social-emotional lessons – such as being resilient in the face of adversity and making and accomplishing goals. Each episode is designed to help viewers make the connection between the attributes that made each historical figure a hero, and those same attributes within themselves, while approaching history in an engaging, age-appropriate manner.

The show is being directed by Cory Bobiak (Peg + Cat) and produced by Jen Bradley (Peg + Cat), with Meghan Read (Dot, Dino Dan) in the role of executive story editor. The look of the show is based on Christopher Eliopoulos’ illustrations featured in the Ordinary People Change the World series.