◄
Previous:
Deck the Halls with Our Winter #Playlist
Next:
Top 10 Reasons to Watch In the Zone
►

It's fair to say that this year has been unlike any other we've ever faced. As we've navigated our way through the many unforeseen challenges and uncertainties, our guiding light has remained creating high-quality kids content. Thanks to the incredible efforts of our teams around the globe, we've found new ways to work, stay in touch, and continue to do what we love—animation. 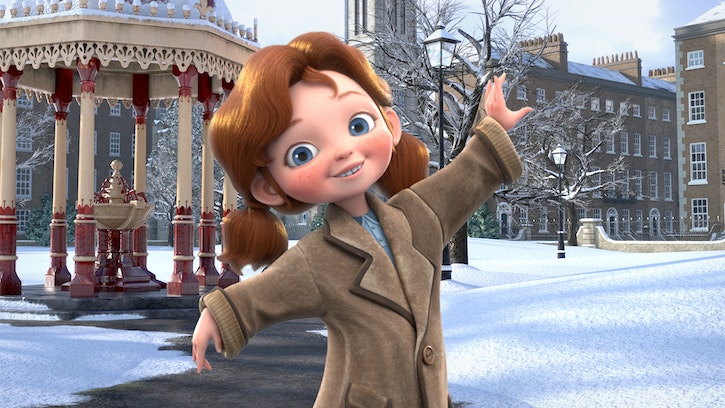 As challenging a year as this has been, we've also achieved many milestones. This year saw us wave goodbye to our beloved Doc McStuffins, a show that's been a 10 year journey for us from start to finish! We continue to be proud of the amazing impact this show has had on kids and families around the world.

This doctor show for the preschool set broke ground with its Black protagonist, a rarity in children’s programming and programming generally. Its loose, cheery songs were on the sanity-preserving side of catchy, and the show’s messages about bodily autonomy and healing processes were surprisingly refined. One of the show’s central philosophies is that articulating a problem is one of the first steps in solving it — a good lesson at any age.

Here’s to the good doctor Dottie McStuffins, who tended to the sick toys at McStuffinsville Hospital. This children’s show about a little Black girl with dreams of becoming a healer ended this past April, around the time that the pandemic first peaked, after running for eight years. The Doc may have been as revolutionary to children as Annalise Keating was to adults.

But it's not just about endings, as this year we saw the worldwide Netflix release of our animated holiday special, Angela's Christmas Wish, the sequel to the Emmy® nominated special Angela’s Christmas, based on beloved characters by Pulitzer Prize-winning author Frank McCourt (Angela’s Ashes). For those of you in Ireland, be sure to tune into RTÉ One at 5.15 pm on Christmas Day where Angela’s Christmas Wish will be screening as part of RTÉ's festive lineup.

And as we look to the future, we are also incredibly grateful to be able to share the news of exciting new shows we simply can't wait for you to see. We hope Karma's World, Ada Twist, Scientist and Ridley Jones will be making their way into your hearts and homes in the very near future!

We'd love to take this opportunity to thank you for all your support throughout the year and look forward to a better and brighter 2021.

This year we have made a donation to Crisis Text Line and Bali Children's Project in support of children's mental health.