◄
Previous:
Angela’s Christmas Wish Activities for the Whole Family
Next:
Our Brown Bag Artists Take on the #Huevember Challenge!
►

ADD SOME EXTRA CHRISTMAS CHEER TO YOUR DECEMBER!

We are delighted to share that Angela’s Christmas Wish will be screening on RTÉ this Christmas!

The 45-minute sequel to the Emmy® nominated special Angela’s Christmas will be broadcast on RTÉ One at 5.15 pm on Christmas Day, as part of RTÉ's festive lineup. It will also receive a second broadcast on Stephen's Day at 1:25 pm!

Make sure to mark it in your very own Angela's Christmas Advent Calendar which you can print for free right here. 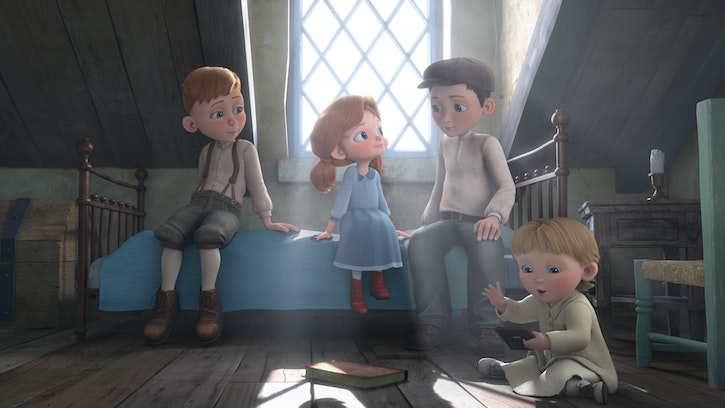 Angela’s Christmas Wish shares the story of Angela and her family as they set out on a new Christmas adventure in their hometown of Limerick in the early 1900s.

“The team at Brown Bag Films worked so hard to create another magical and heart-warming family film for all to enjoy this Christmas. We really hope that Angela’s new story helps to bring these beloved characters to a whole new audience.”

“RTÉ is delighted to be the first free to air broadcaster in the world to show ANGELA'S CHRISTMAS WISH. Brown Bag Films have re-created Limerick on screen with a host of characters led by Angela, who will entertain the whole family this Christmas on RTÉ. The sheer talent on show, from the quality of the animation to the voice cast, is a true showcase of the best of Irish talent.”