This week several of our Manchester studio artists are being featured as guest panelists as part of BBC 's Schools Tour, reflecting on their career journey, discussing their current role and providing insight into career options for young students in secondary schools in the North West. The aim is to give an inside peek into the world of creative work and shine a light on routes into and opportunities within a sector that many students may not have considered.

We caught up with guest panelist and our Lead Background Artist for a little Q&A of our own! 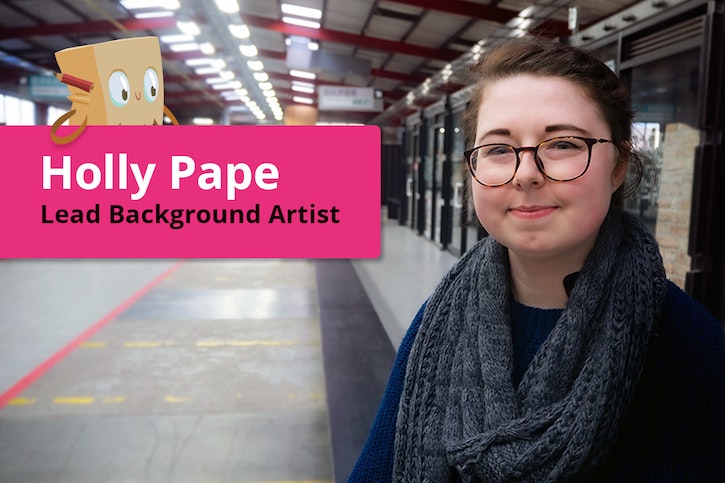 Can you tell us a little about your career path and what lead you to your current role?

I have a degree in Animation and Illustration. This was useful to me, because I learnt a lot about the pipeline of an animation, the core principles of both subjects.

While I don't think you need a degree to become a Lead Background Artist, I found the experience of getting one very useful, because I was working against deadlines and very specific briefs.

Originally, I joined Brown Bag as a Junior Rigger because I knew about vectors, but not very much about Toon Boom (which is the software we to animate in). I saw it as a good opportunity to not only enter the but also learn as much as I could about the programs we use.

Once that contract , it just so happened that a position opened up in Backgrounds while we were working on Nella the Princess Knight season 1, which I then moved on to. I wanted to stay with the company, so I switched departments. I've always loved painting backgrounds, so it was an easy choice for me. And while working on season 2 of Nella the position of Lead Background Artist became available. 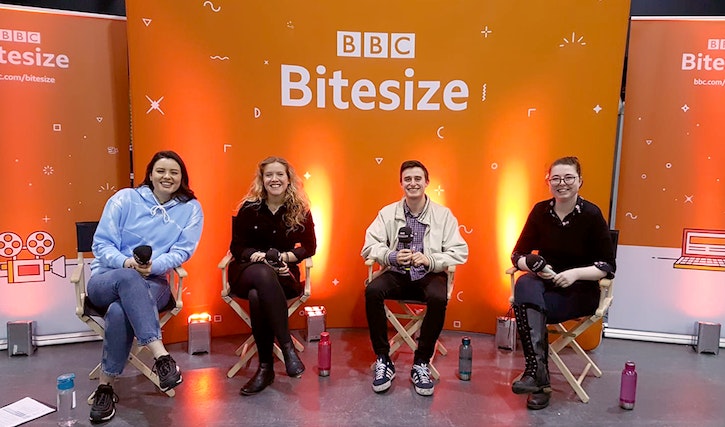 What does a Lead Background Artist do?

I paint Key Backgrounds, which establish a location within an episode. The texture and paint team then use the Keys to complete the rest of the backgrounds, all the colours, size of objects and light conditions remain consistent. I also go through all these backgrounds to make sure there aren't any continuity errors before approving them.

What skills do you need to become a Lead Background Artist?

Being able to spot problems early and finding a quick way of solving that problem.

Good understanding of colour, light and perspective. Being able to communicate effectively, because you end up talking to lots of people at all stages of the pipeline. 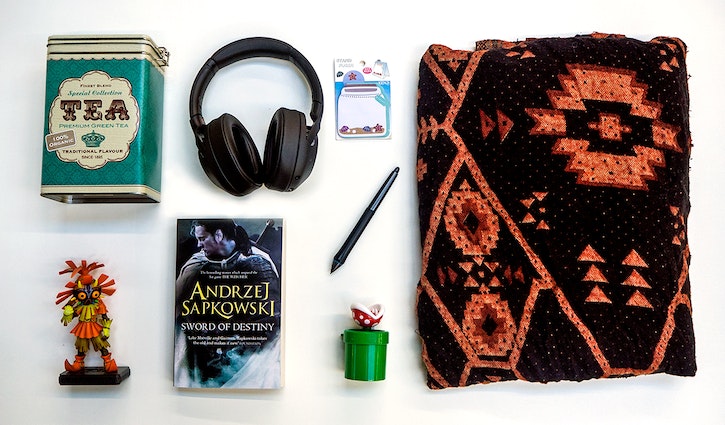 What are your essential items?

Tea: I'm not a big fan of water, so tea keeps me hydrated and awake!

Blanket: To keep myself warm. I get hands sometimes, which makes it hard to draw. Sometimes I also have a hot water bottle on hand.

Figurines: I love video games and films, so I collecting the figurines to make my desk brighter.

Tablet Pen: Couldn't do much without it! I use my tablet pen every day, so they wear down pretty quickly. Thankfully Wacom supply extra tips for the pens.

What advice would you give to students considering their options / entry into the animation industry?

I would advise students to go to networking events, and to increase their professional online presence. The more contacts you have, the more opportunities will present themselves to you.