This week several of our Manchester studio artists are being featured as guest panelists as part of BBC Bitesize's Schools Tour, reflecting on their career journey, discussing their current role and providing insight into career options for young students in secondary schools in the North West. The aim is to give an inside peek into the world of creative work and shine a light on routes into and opportunities within a sector that many students may not have considered.

We caught up with guest panelist and our Production Coordinator Eve Ryan for a little bitesize Q&A of our own! 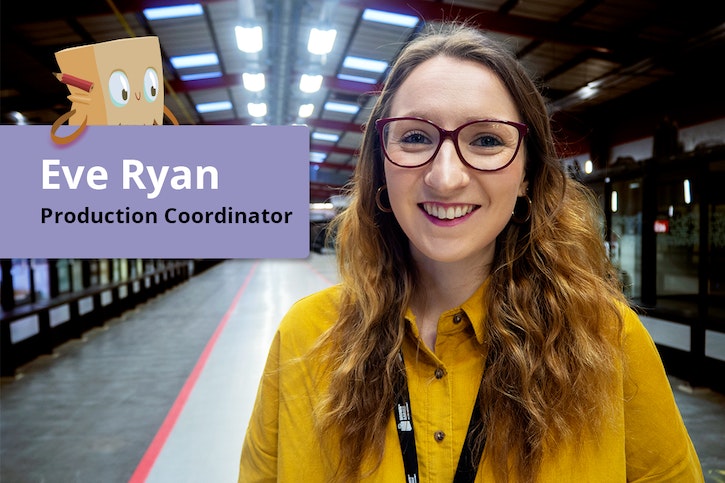 How did you become a Production Coordinator?

After two largely irrelevant degrees, my career started with an internship at a small film company in Manchester that produces TV ads and digital content. I worked in this role for a few months before being officially employed as an Assistant Producer. The role involved managing multiple projects from conception to delivery, coordinating everything from locations to kit to actors. The role required me to schedule projects independently, so I had to pick that up quite quickly, but it also involved a lot of development work such as writing and delivering pitches to new clients. Within my first nine months the Head Producer left, and I stepped into his role. This was quite a bit of pressure and extra work, but it helped me to progress faster. After an intense year, I left and joined Brown Bag Films as a Production Coordinator.

What does a Production Coordinator do?

The main purpose of a Production Coordinator is to drive the schedule and facilitate the smooth day-to-day running of the project. My key tasks include scheduling and coordinating information and priorities to ensure that work flows through the pipeline, so it’s manageable for all departments.

Another important aspect of the role is liaising with the client. This includes sending deliveries and communicating feedback.  As a Production Coordinator, I help to build a strong relationship with the client.

What skills do you need to become a Production Coordinator?

Attention to detail is pretty key, alongside awareness and understanding of the bigger picture. Being able to prioritise and problem-solve are also up there as you'll need to find a lot of solutions throughout the day for a range of departments or situations. Preparation and planning is therefore essential, a Production Coordinator needs to be very organised.

Leadership and people skills are a big plus, as there will likely be some difficult times and 'crunch' periods in the schedule that a Production Coordinator will need to navigate effectively.

What qualifications do you need to become a Production Coordinator?

There are no compulsory qualifications to become a Production Coordinator, as it mostly comes down to experience and skills. If you can prove that you've worked in the film or TV industry for a decent length of time and understand the main processes, that is more important than a degree or specific qualification.

Some people might have project management qualifications, or a TV Production masters or similar course, but you can also work your way up from entry level positions like runners or Production Assistants, or have a lateral career change if you can demonstrate key skills such as leading a large team and scheduling. 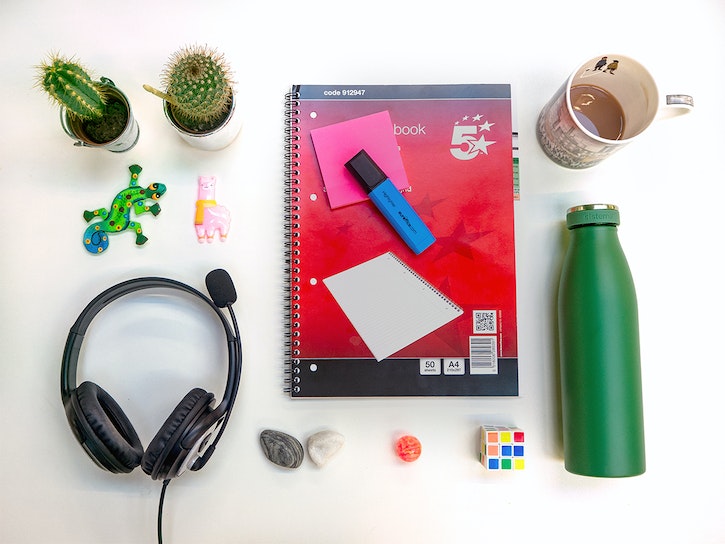 What are your essential items?

Cacti - Having some greenery on my desk is essential, and these are very difficult to kill.

Post-it Notes - To be carried at all times in case of emergency note-taking.

Special Rock 1 - This is from this from the Lake Distinct and is just a beaut.

Special Rock 2 - This one I stole from Milan for some reason.

Magnetic Gecko - My friend gave me this slightly ugly gecko a long time ago.

Magnetic Llama - I google llamas in my spare time.

Small Bouncy Ball - Useful for slightly irritating those around me.

Rubiks Cube - Makes me look like I have a logical brain, but I actually have no idea how to solve it.