The 53rd NAACP Image Awards nominees have been announced and we are delighted to share that both our recently launched shows Karma's World and Ada Twist, Scientist have received nominations! 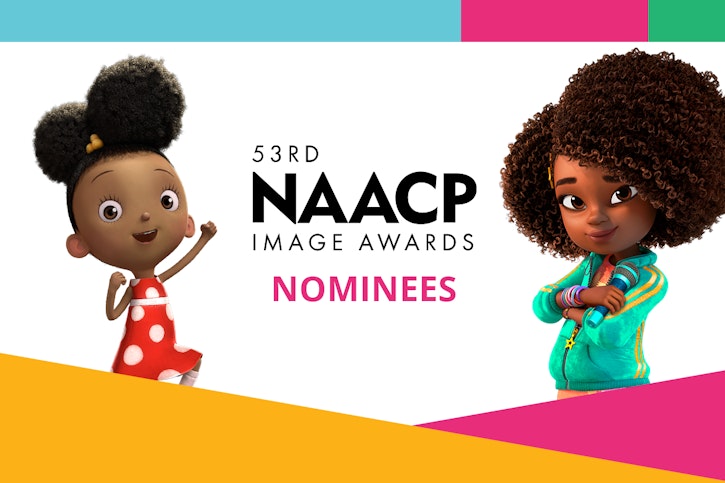 We're over the moon to announce that Ada Twist, Scientist and Karma's World have both been nominated in the Outstanding Children's Program category, alongside Netflix's Family Reunion, Waffles + Mochi and Disney Channel's Raven's Home!

THANK YOU to ALL of the supporters for allowing us into your homes, and BIG THANK YOU & CONGRATULATIONS out to my entire team & super talented cast���� pic.twitter.com/6SRlUUyNzZ

And a huge congratulations goes to Halcyon Person, Head Writer and Co-EP on Karma's World, on her nomination in the Outstanding Breakthrough Creative (Television) category for Karma's World, up alongside Angel Kristi Williams, Cierra Glaude, Deborah Riley Draper and Quyen Tran.

WOW WOW WOW!! ✨❤️ truly the biggest honor to be recognized by @naacpimageaward along with so many stunningly talented folks! so proud of @KarmasWorldHQ and endlessly grateful to @Ludacris !!! pic.twitter.com/yKiq0BnW82

Ada Twist, Scientist, is our latest preschool series developed by executive producer Chris Nee (Laughing Wild) and produced in partnership with President Barack Obama and Michelle Obama’s Higher Ground Productions. The series is based on the best-selling children's book series by author Andrea Beaty and illustrator David Roberts and follows the adventures of 8 year old Ada Twist, a pint-sized scientist with a giant-sized curiosity, who aspires to discover the truth about absolutely everything.

Karma's World, is our recently launched animated series produced in partnership with 9 Story’s Emmy Award-winning Creative Affairs Group as well as Karma’s World Entertainment, Chris Bridges’s production company. The series, created by Alison McDonald and Halcyon Person, follows Karma Grant, an aspiring musical artist and rapper with big talent and an even bigger heart. Smart, resilient, and deeply empathetic, Karma pours her soul into songwriting, channeling her feelings into whip-smart rhymes with passion, courage and her signature brand of humor. In this series, Karma is only beginning to grasp the incredible emotional power that words and music can have. She doesn’t just want to share her music with the world…she wants to change the world with it!

You can catch both Ada Twist, Scientist and Karma's World currently streaming on Netflix.

An incredible congratulations to our entire Ada Twist and Karma's World teams and to our partners in Netflix! We're so proud of the amazing work on both these shows and honoured to be amongst the talented nominees.

Recognized as the nation’s preeminent multicultural awards show from an African-American perspective, the “53rd NAACP Image Awards” celebrates the outstanding achievements and performances of people of color across more than 80 competitive categories spanning film, television + streaming, music, literature, and podcasts.

Voting is now open to the public to determine the winners of the “53rd NAACP Image Awards” by visiting www.naacpimageawards.net – not all categories are open to the public for voting, however, you can vote for your favourites in both the 'Outstanding Children's Program' and the 'Outstanding Character Voice-over Performance (Television)' categories in which we are nominated. And you can vote in as few or as many categories as you would like. Voting closes on February 5, 2022. 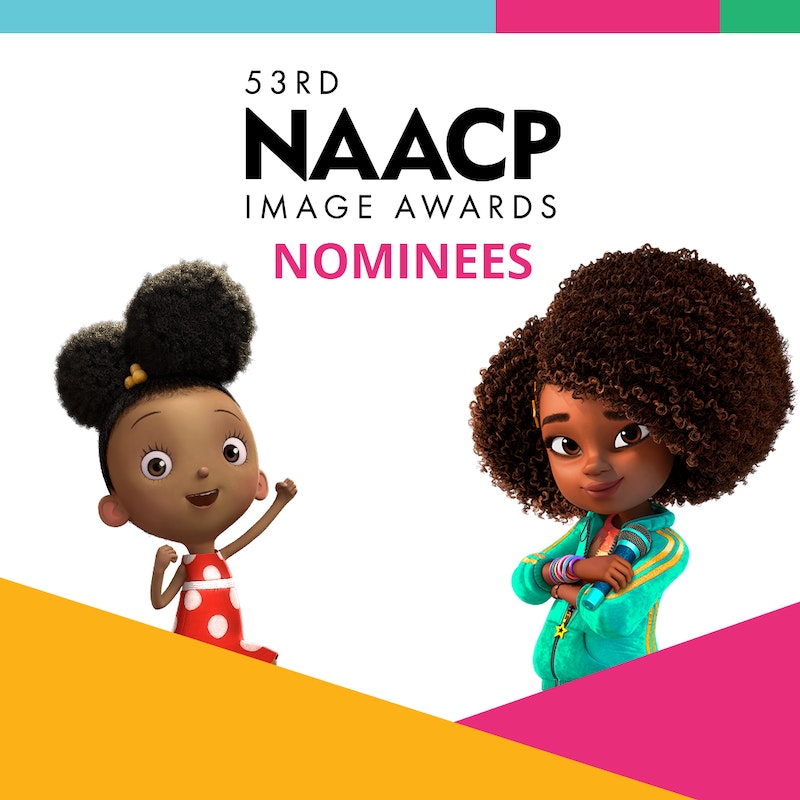 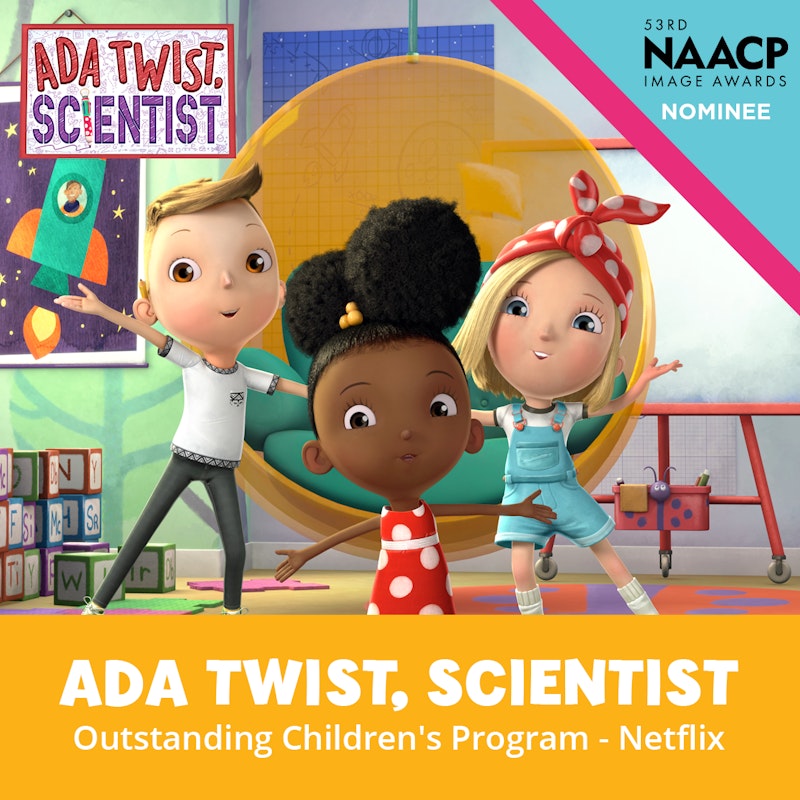 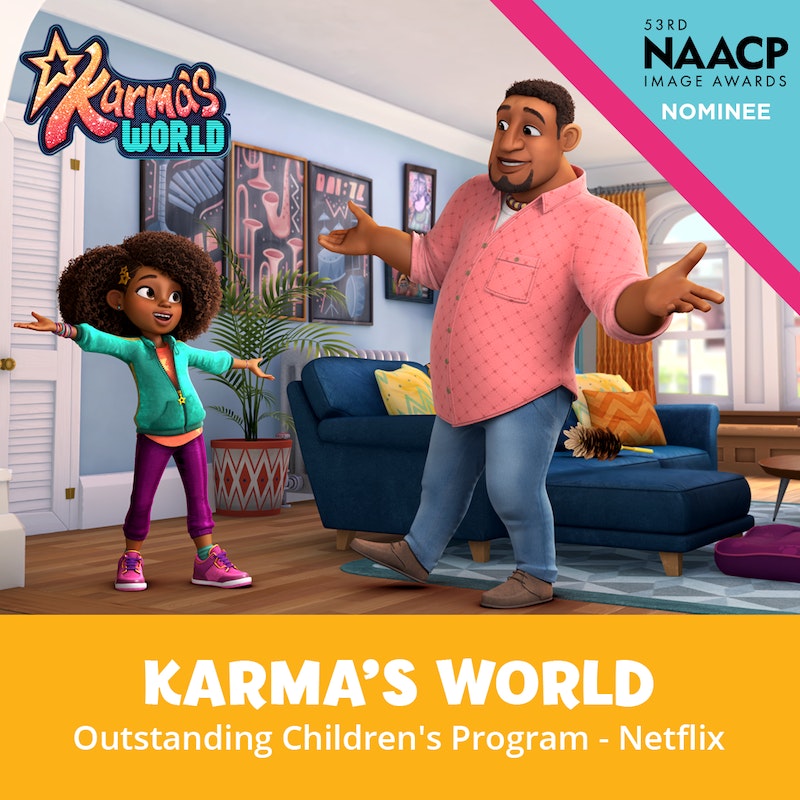 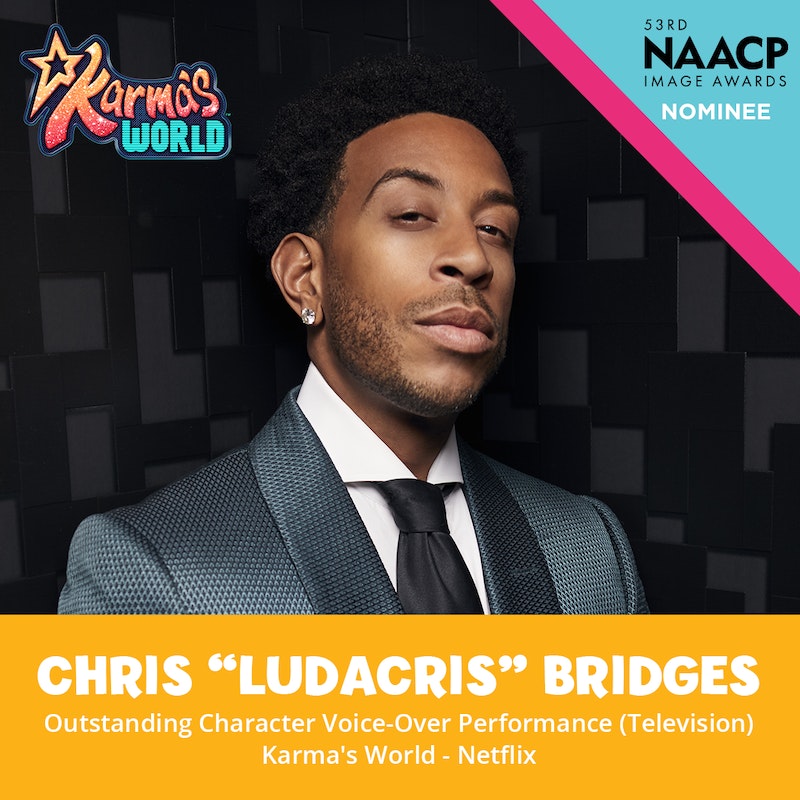 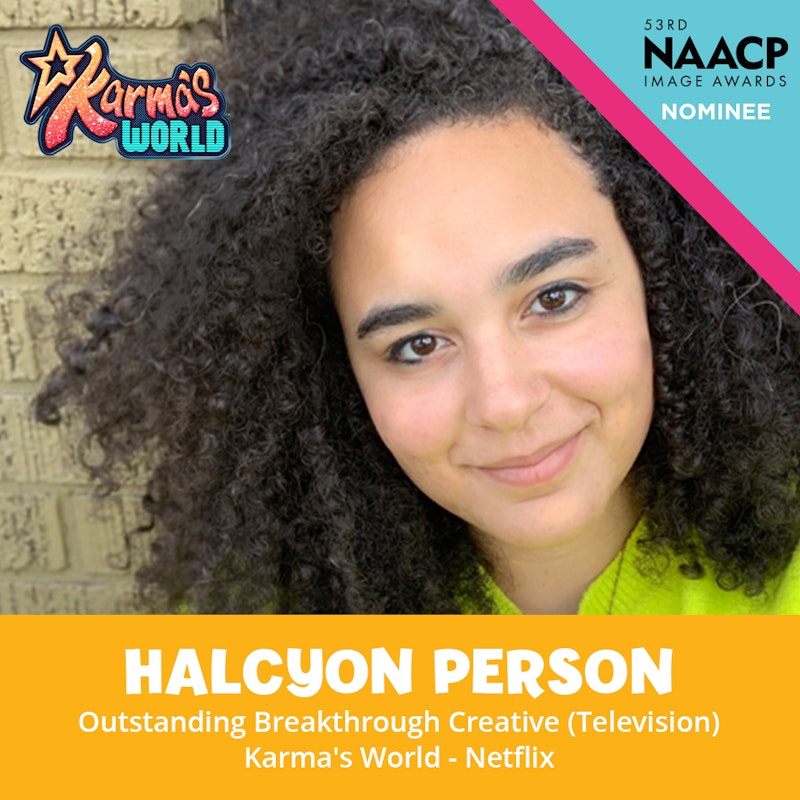 Internationally, the show will air on BET Africa at 20:00 CAT on February 27, followed by BET France on March 2 at 8:45 pm CEST. The show will also be available to watch on My5 and Sky On-Demand in the UK beginning March 1.