You may have heard us celebrating about the recent nominations for our Xavier Riddle writers Desmond Sargeant (Writer) and Meghan Read (Writer, Executive Story Editor). The duo has been nominated for both a WGC Screenwriting Award (Best Children’s) and a Canadian Screen Award (Best Writing, Animation) for their work on the Xavier Riddle episode ‘I am Harriet Tubman’. 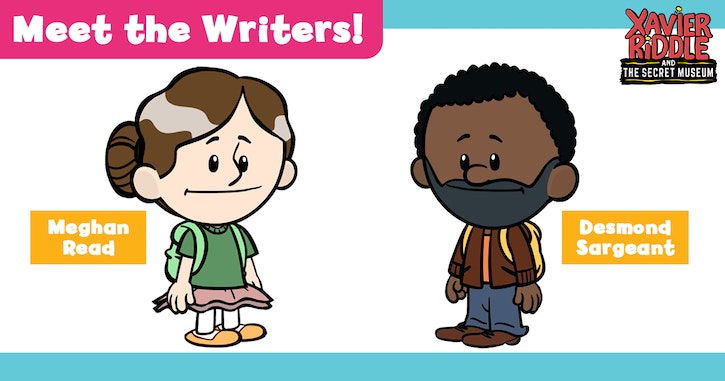 We sat down with Desmond and Meghan to explore their work on ‘I am Harriet Tubman’, dig into their creative history, and get some of their advice on how to be a successful writer. As you can imagine, they both had some AH-MAZING stories to share.

So, let’s kick off with part one of our two-part interview series, where we dive into the writing of ‘I am Harriet Tubman’. 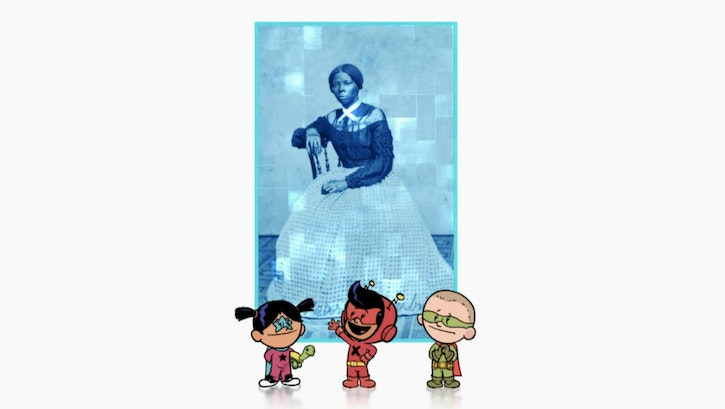 In the ‘I am Harriet Tubman’ episode, the main characters travel back in time to meet someone who truly embodies courage and what it means to be a hero: Harriet Tubman. Harriet’s story deals with the topics of slavery and racism. This episode does an incredible job of not oversimplifying these issues for kids. The writing captures the complexity and weight of Harriet’s experiences while keeping the story relatable for young audiences. Can you speak to your approach on this front?

Desmond Sargeant (DS): One of the things I really thought about, because our viewing audience is so young, is that this would likely be the first time they encounter what slavery is and how people were treated during slavery. We definitely felt a huge responsibility to be introducing that and trying to present it as honestly as possible, but not terrifying kids at the same time.

That was the thing that really anchored this story and made it a little bit more approachable for a young audience. You always try to remember what was at the heart of the story, what was the emotional connection that lets kids understand exactly what’s happening, even though it was subject matter that some might consider too complex for children to grasp.

Meghan Read (MR): We also used the ‘in’ of the superhero [storyline], saying to ourselves, “okay, kids know what superheroes are, but they don’t necessarily know what real-life superheroes are.” You see the ones in the comic books but when you take away all those powers you have someone who embodies what a real superhero is, someone who helps others and is courageous – and that is Harriet Tubman exactly. In terms of how to make this relatable for kids, a lot of Harriet Tubman’s experiences are thankfully completely unrelatable [today], so it’s about finding the emotions that they can understand. We made a deliberate choice to focus on Harriet and her family. We thought of all the unfairness she faced, the idea of not being able to be with her family is probably going to be something that sticks with kids, they will understand that. Focusing on how Harriet had to sneak out at night to see her parents and what she went through to get them to safety and to reunite her family we felt told Harriet’s story in a way that wasn't downplaying her struggle, but also wasn’t too incredibly frightening. 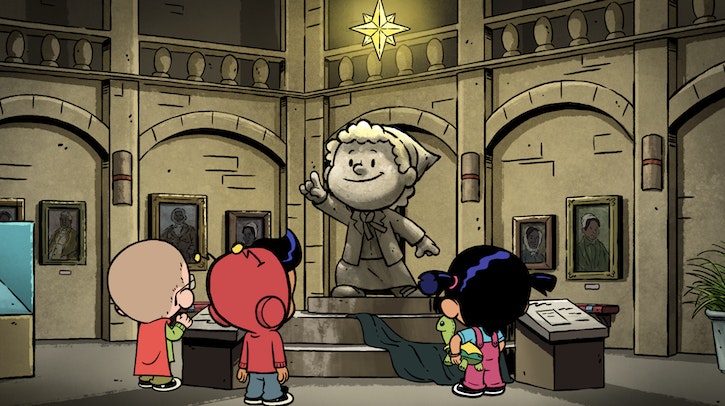 DS: Going in, we knew this was going to be something that was going to take a lot of group effort and very fine-tuning to get right and make sure we were presenting it in the right way for our audience, while staying true to Harriet’s story. Kudos to everyone who helped from research, particularly around language - use of language was so important in this episode, it was a huge team effort from everyone.

MR: We relied very heavily on advisors for this one, using experts on Harriet Tubman and her life, as well as educational experts and then people who could speak more to the correct terminology to use when discussing slavery. It’s fairly common to hear someone refer to Harriet Tubman as a slave. But calling someone a ‘slave’ infers that it’s something they inherently were, or they chose to be, and the correct terminology to use is they were enslaved, because slavery is something that happened to them. So, differences like that were where our advisors really came in to help. These kinds of details were really important to us to get right. 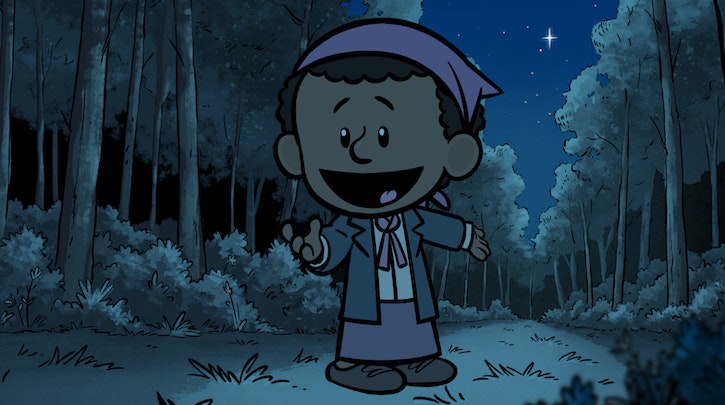 What challenges did you face crafting this episode?

DS: I did a lot of my own independent research as I was crafting the script, just as far as things I didn’t normally have to think about with the same amount of intricate detail. As Harriet travels through her journey, what do these environments look like? So, I spent some time just reading books, watching videos and doing research. Was she going through swamps, marshes, forests, fields? Just to make sure I was presenting things as accurately as I could. In the mornings are they here; by the nighttime are they there?

And as we parallel her with a superhero [in the storyline], we thought about when can we accentuate Harriet’s awesome achievements and give her those heroic action moments. As we said too, also not making it too scary [for kids] was a challenge. Finding the opportunity to have a little bit of levity, as much as you possibly can, given the context of this type of story. A lot of that came through Brad being a scaredy-cat and fumbling and tripping about, you try to find these pockets for a little bit of light-heartedness within the story. Trying to give that moment of levity, relief, and/or a small laugh was always a challenge. 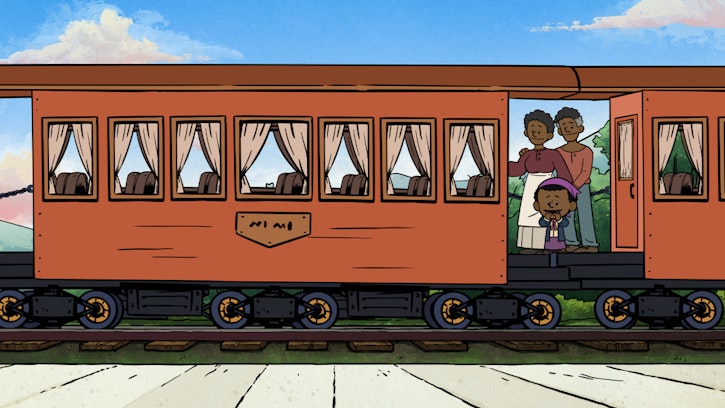 What are you most proud of and/or love most about your work on the I am Harriet Tubman episode?

DS: The thing I am most proud of is, and it’s not so much what I did myself, but seeing parents and kids have actual meaningful conversations about racism and slavery because they’ve seen this episode. I received a lot of emails from Meghan and Brad [Meltzer] and they showed me the social media posts that a lot of people had made in regard to having seen the episode, and it being a catalyst for them to have conversations with their children about what they saw on TV about Harriet Tubman, about racism and slavery.

I think the thing I am most proud of is the fact that is has stimulated these genuine and honest conversations and it’s been an introduction for parents to talk to their kids about racism. I think beyond making entertainment, it’s cool to see that it’s gone onto have some sort of impact in a kid’s life or a parent’s life and allowed them to speak on subject matters they might not have touched on until much later in their kids' lives.

MR: Agreed! There’s nothing better than hearing from parents who say that they’ve learned something from an episode alongside their kids, and it led to a great conversation. We’re aiming this show towards preschoolers, but I think we’ve wound up touching a much wider audience which is wonderful to see.

DS: In light of the social climate we are in right now, it came at a very appropriate time where racism was very much in the public consciousness and being discussed at very regular intervals. So, I think at the time it came out it was very relevant to the state of the world of today. Wild how a story from so long ago is still very relevant.

MR: Little did we know when we were crafting this script that the issue of racism would be at the forefront of people’s minds when it finally aired a couple years later. People are now more open to talking about these types of issues, and learning how they can do better, which is what this series is all about. That’s something I’m immensely proud to be a part of! 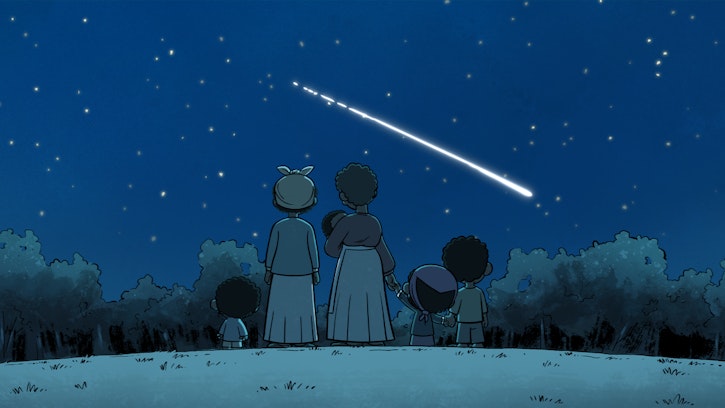 Stay tuned for 'Part 2' of our interview with writers Meghan and Desmond, where we talk more about their craft, and the duo shares some excellent insights and advice for any aspiring writers looking to break into the industry.