The 54th NAACP Image Award Nominees have been announced, and we're excited to share that two of our recently launched shows Eureka! and Karma's World have received nominations! 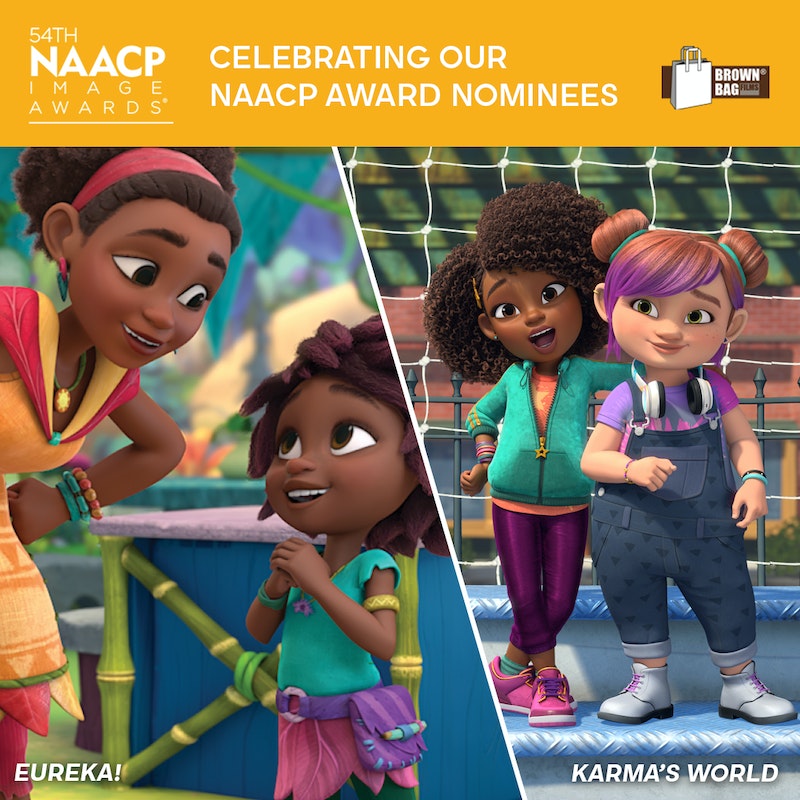 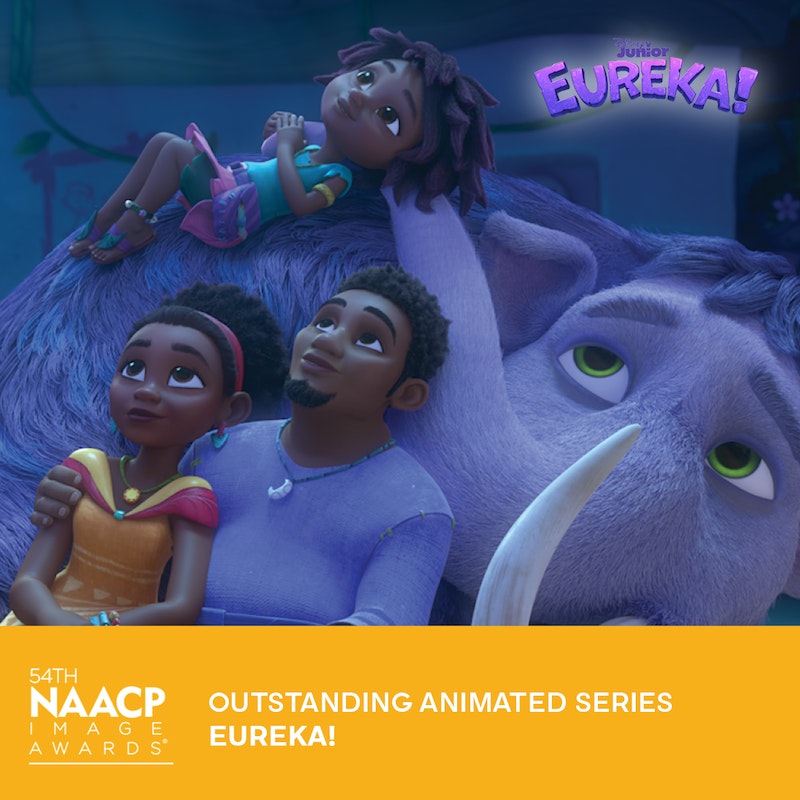 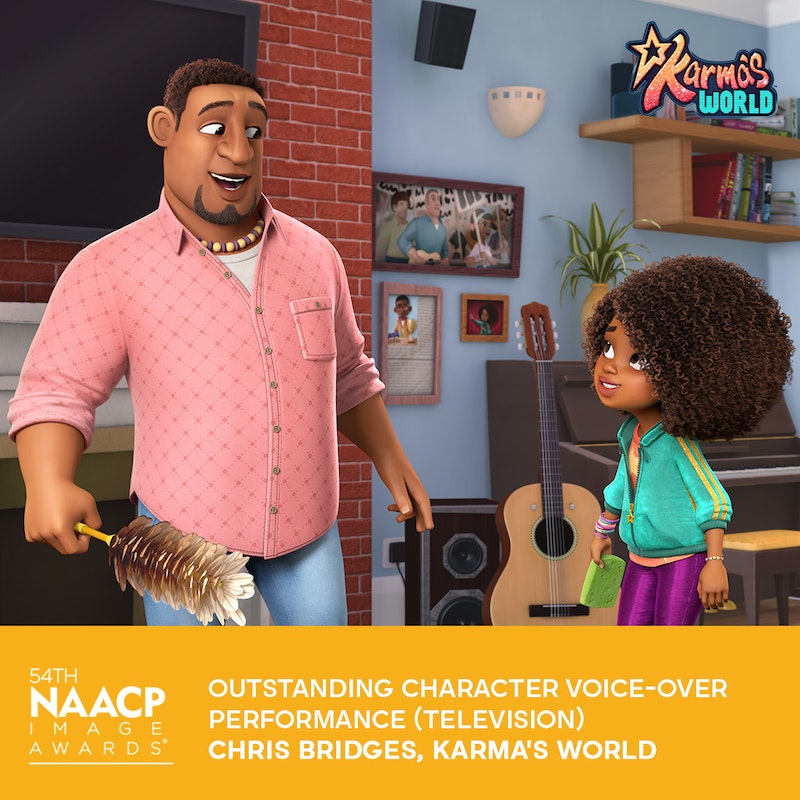 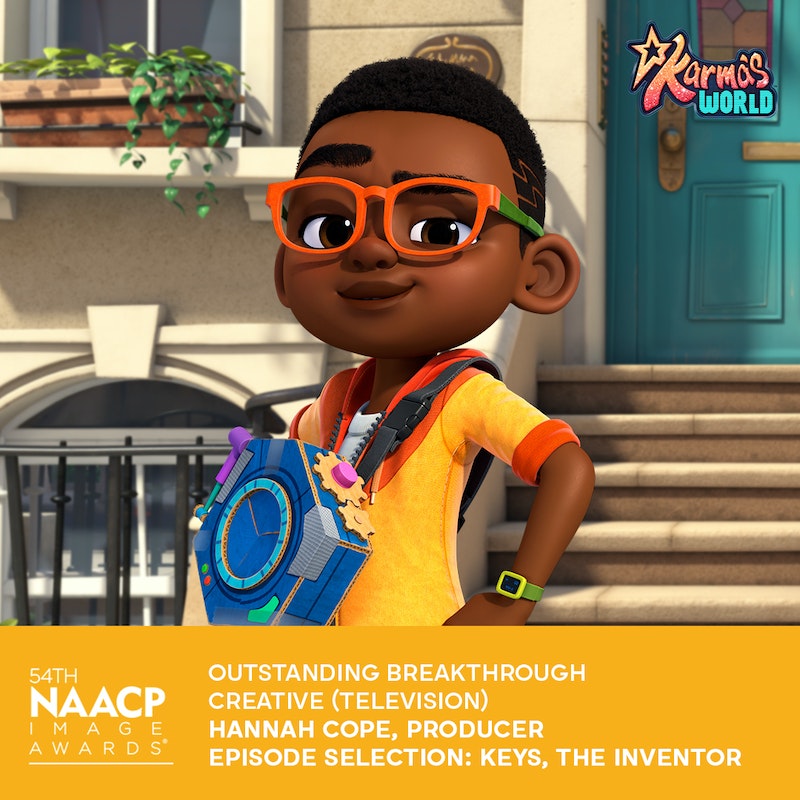 Eureka!, which premiered on Disney Junior and Disney+ in 2022, is produced by Brown Bag Films in association with Disney Junior. The series was created by Peabody Award-winning director Norton Virgien and award-winning children’s book author Niamh Sharkey. Virgien and Sharkey are also executive-producers, working alongside Emmy Award-nominated Erica Rothschild who acts as a co-executive producer and story editor on the show.

The series tells the story of Eureka, a young inventor whose out-of-the-box ideas work to change life for the better in her prehistoric home of Rocky Falls. Each episode follows Eureka alongside her family, friends and pet mammoth Murphy as she “thinkers” her way out of problems by creating some fantastic inventions.

Show co-creators and executive producers, Niamh Sharkey and Norton Virgien, had this to say upon news of the Eureka! nomination:

“The Eureka! team at Brown Bag Films is incredibly honoured to be nominated for an NAACP Image Award. Eureka is inspired to make her world a better place, she believes that “different can really make a difference!” We couldn't be happier to see that Eureka and her diverse group of prehistoric friends are providing positive role models for kids today.

Huge appreciation for our partners at Disney Junior and our amazing crew at Brown Bag Films, and all the many talented and dedicated creatives who’ve helped bring this world to life. We're immensely proud of our young prehistoric inventor!” 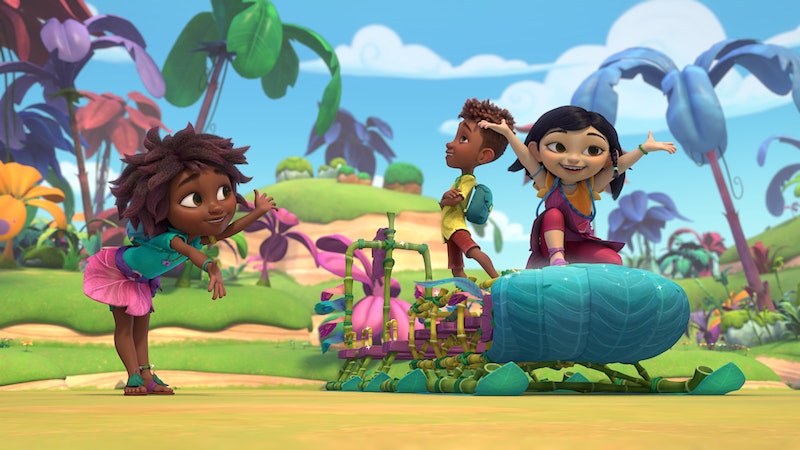 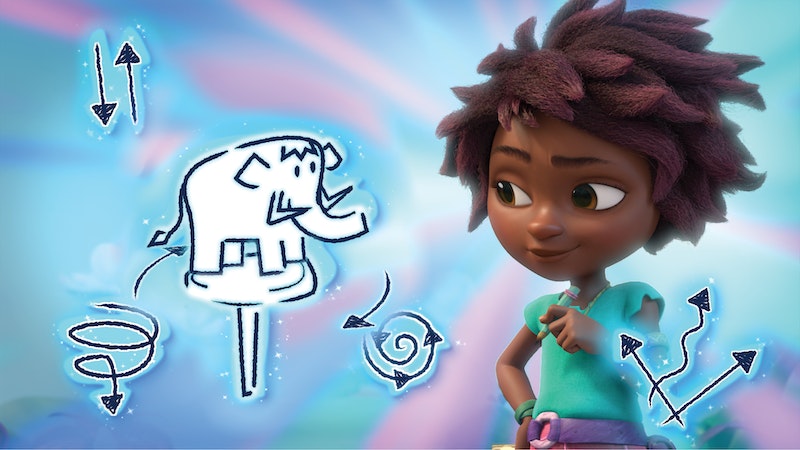 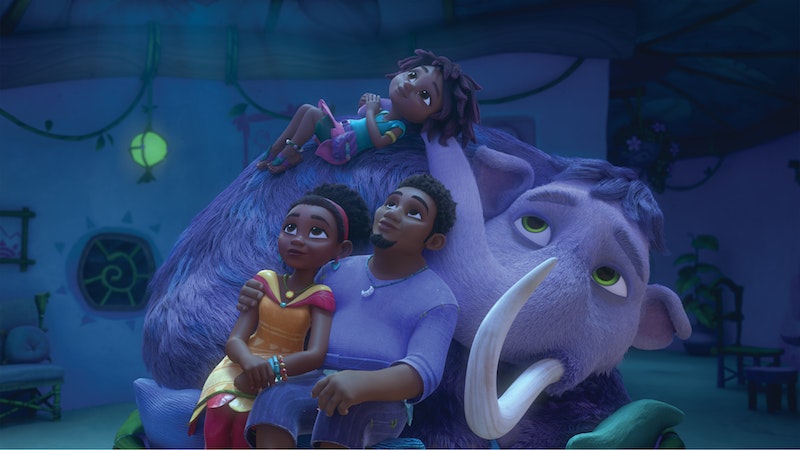 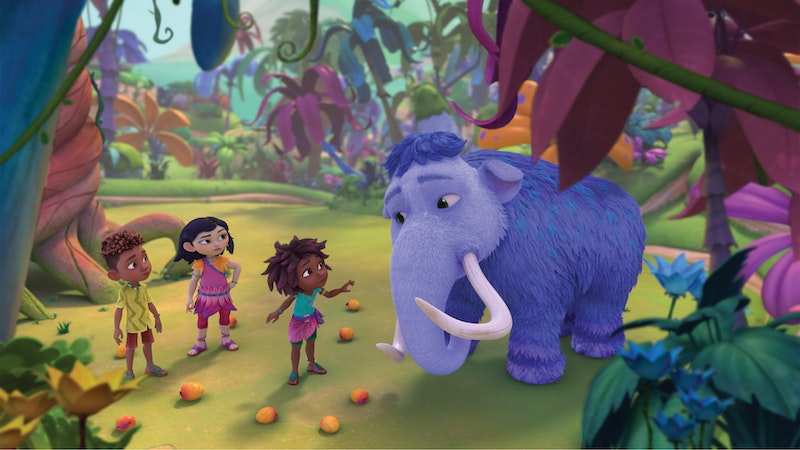 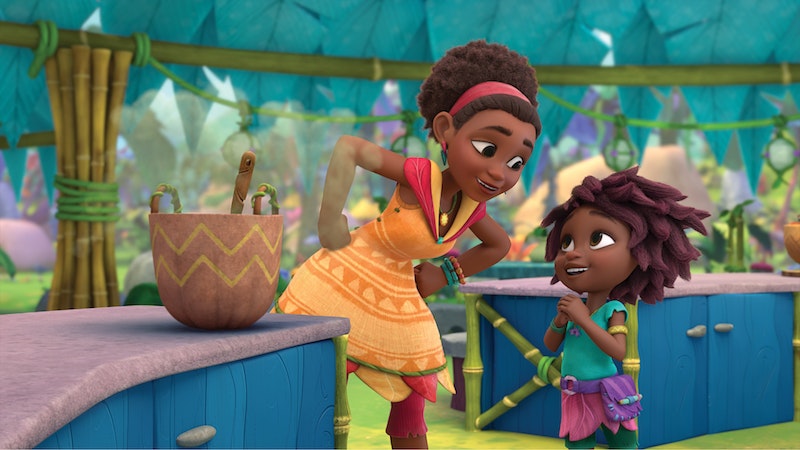 You can see more of Eureka! airing on Disney Junior, and streaming on Disney+ and DisneyNOW.

Karma's World, which premiered on Netflix in 2021, is an animated series produced in partnership with 9 Story’s Emmy Award-winning Creative Affairs Group as well as Karma’s World Entertainment, Chris Bridges’s production company. The series, created by Alison McDonald and Halcyon Person, follows Karma Grant, an aspiring musical artist and rapper with big talent and an even bigger heart. 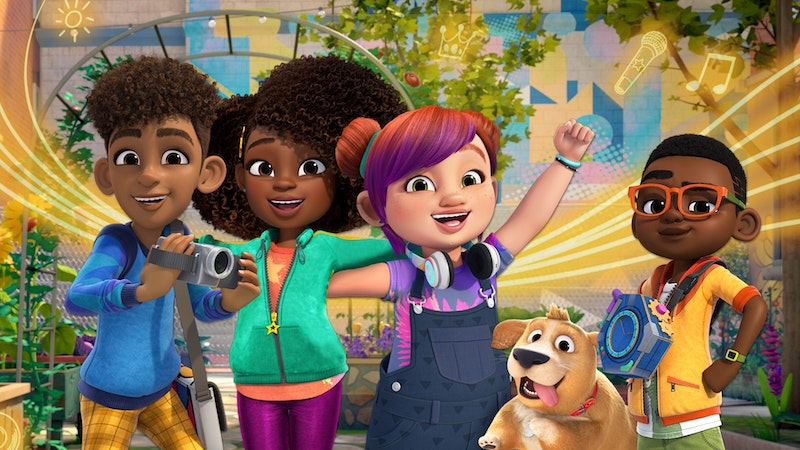 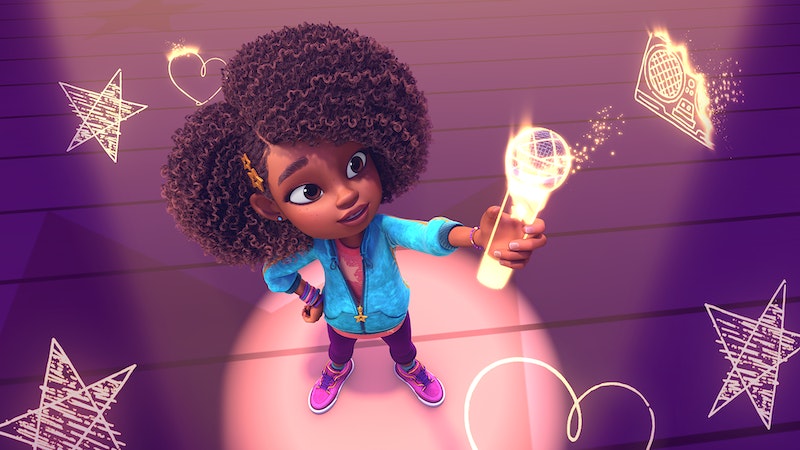 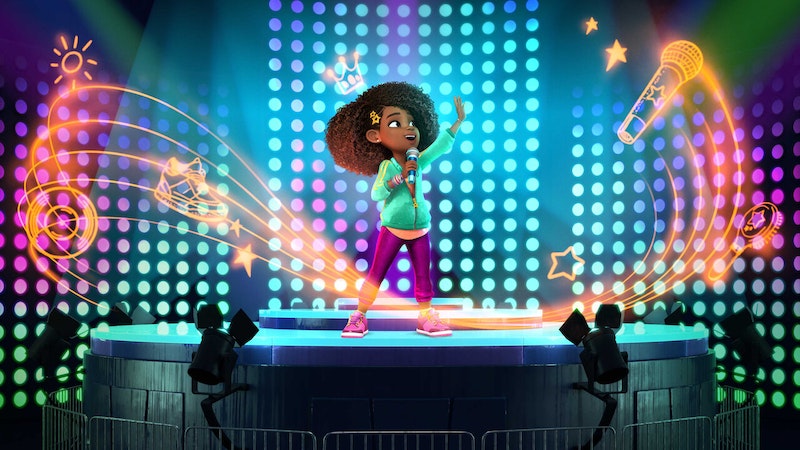 Smart, resilient, and deeply empathetic, Karma pours her soul into songwriting, channeling her feelings into whip-smart rhymes with passion, courage and her signature brand of humor. In this series, Karma is only beginning to grasp the incredible emotional power that words and music can have. She doesn’t just want to share her music with the world…she wants to change the world with it!

You can stream four seasons of Karma's World worldwide on Netflix.

A heartfelt congratulations to our entire Eureka! and Karma's World teams and to our partners in Disney Junior and Netflix! We're incredibly proud of the stunning work on both these shows and honoured to be amongst the talented nominees being recognised in these categories. Congratulations to all of the incredible nominees, and thank you to the NAACP!

Voting is now open to the public to determine the winners of the “54th NAACP Image Awards” by visiting 54th NAACP Image Awards Fan Choice Vote – not all categories are open to the public for voting, however, you can vote for your favourites in the categories we are nominated in under Television + Streaming: Outstanding Animated Series - Eureka!, Outstanding Character Voice-Over Performance (Television) - Chris Bridges (Karma's World), and Outstanding Breakthrough Creative (Television) - Hannah Cope (Karma's World).

Don't forget, you can vote in as few or as many categories as you would like. Only one ballot per email will be counted. Voting closes on February 10 at 6pm PT/9pm ET.

Winners for non-televised categories will be announced via the Image Awards official website from Feb. 20-24, 2023. The rest will be revealed during the two-hour live telecast, airing on BET Networks on Saturday, February 25, 2023 at 8 p.m. ET/PT, taking place at the Pasadena Civic Auditorium in Los Angeles. The ceremony marks the first return to a live show in front of an audience since 2020.