We're continuing on with our #BrownBag25 picks this month, and with Valentine's Day recently behind us, we figured we'd take a look at some of the animated characters we love, outside of the ones we have the pleasure of working on ;). Some of which even inspired our artists to pursue animation!

We did a call out to our artists and gathered a selection of some of their all-time beloved characters, take a scroll through and see if you share the love for some of our picks:

The first Toy Story blew my mind and convinced me I wanted to work in animation. All 3 are classic movies and 4 promises to be another. Everything about Woody is awesome :)

Because she's silly, funny and positive.

3. Homer Simpson from The Simpsons

Because no one expresses the simplicity of joy and familial love better than him.

Daria was a great show and the character of Jodie was just so ahead of her time.

5. Jack-Jack from The Incredibles

Jack-Jack from the Incredibles for sure! What other baby can spontaneously combust, trans-locate at will, plus fist-fight a rabid raccoon into submission?

She was one of the first anime characters to go mainstream!

He is simple, stylistic and concise. Quiet, unassuming, but strong. I just love the way he's animated.

He's super scared of everything, but he continues to try his best and save the people he loves over and over from all the monsters that invade their little house. The nature of 'courage' isn't not being afraid, it's being afraid yet still pushing through. So, I personally find him really inspiring. :)

These two are easy to relate to. Two normal guys trying to get on with their day's work, with as little stress as possible but somehow their day ends up going completely OFF THE RAILS!

No matter how hard you try, life is always going to throw a group of unicorn bros or a giant head who's the arcade champion or your gumball machine boss' wrath at you, so why not kick back with your best friend to enjoy some hummus with your mini toast and some coffee!

He is the perfect animated character as he can morph into any shape, be anyone or anything. Eric Goldberg's animation is mesmerizing to watch and Robin Williams puts on a performance that gives the character both incredible wit and tenderness.

Genie from Aladdin, he's hilarious and in the Italian version his voice is from Gigi Proietti, one of the most iconic Italian actors/comedians, who did an impressive job giving life to the character.

“Ten thousand years will give you such a crick in the neck!”, so said the Genie in the character’s now iconic first appearance onscreen in Disney’s Aladdin. Eric Goldberg, Supervising Animator for the Genie, was the first animator who was brought on to the production. He's a life-long fan of Hirschfeld and brought that style to the character, which then went on to influence the entire film. I can watch this movie any number of times. Respect for this film is on another level!

So stylised and pushed, but the animators rotated him and gave him 3D form so perfectly. They make it look easy.

'All the people in the Land of the Dead –except Miguel– are skeletons. Skeletons wearing clothes. “When you take the flesh off a character, you lose everything you use as a character designer,” says Daniel Arriaga, character art designer of the movie. “They tried a lot of things to create variations of shape, and came up with the idea of having them wear clothes.  A second design challenge was in creating facial expressions on a skull.”' via Post Magazine.

It's just amazing! I couldn't have imagined these skeletons having such life - superb concept! 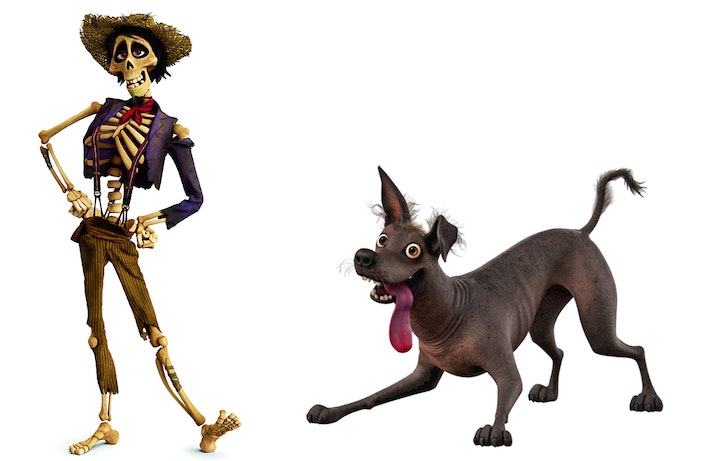 Dante's a street dog. He’s got a lot of bumps on his body. He’s got a lot of pigmentation splotches and scratches. All of these are the details that the Pixar team had to pay attention to when their artists were in there painting his skin texture. They simulated the little tiny bits of fur that he did have. Rigging of this character is mindblowing as he was moving his body in all directions and his tongue in the scenes when he would drop for bones :) It's the most complicated rig I ever saw for an animal character.

Mine's got to be Professor Ratigan from The Great Mouse Detective. It was one of my favourite films as a kid, and Ratigan was one of the first animated characters I was exposed to that portrayed the darker side of animated features so well. I love how he goes from seemingly friendly to pure evil in the flick of a switch. There's a great arc of his true self emerging by the end of the film. At the start, we see a very dapper, powerful mob boss, but by the end, Ratigan looks deranged in rags as he desperately tries to kill Basil. He also has a pet cat ten times his size, a catchy theme song, and rides off on a rat-sized blimp. What's not to like?!

14. Charlotte LaBouff from The Princess and the Frog

One of mine is definitely Charlotte LaBouff from The Princess and the Frog. Her timing is amazing and she's a super, super interesting character! I identify with her on some levels and ever since I saw her, I've loved her 100%!

My favourite animated character is Calcifer from the Studio Ghibli film Howl's Moving Castle. He's proof that even fire demons can have a change of heart. Despite trying to appear rough, he really strives to keep his little chosen family safe and sound during a particularly gruelling war. His development from an evil contract holder to being key in saving everyone's life is heartwarming, even years after my first experience of the film.

16. Kronk from the Emperor's New Groove

He's clearly just the loveliest and best - as well as a great cook!

All time favorite has to be WALL-E. Transmits so much emotion (with no dialogue). Phenomenal storytelling and animation.

Hades from Hercules! He's so sassy!

20. Simba from The Lion King

My favorite character is Simba from The Lion King. I love this character because The Lion King was the first film that inspired me to work in animation and he reminds me of my childhood years and to never let that inner child in me go. I have a little Simba souvenir on my desk that keeps me going. 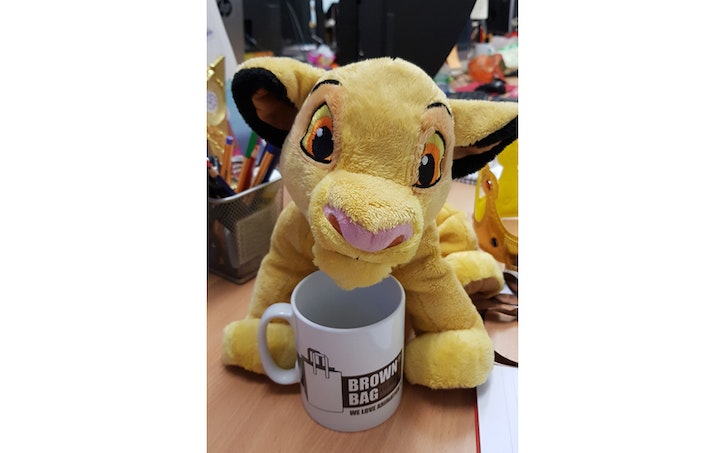 For me, it's got to be Russell from 'Up'. Not very graceful, full of enthusiasm, anxious, high strung and curious! What's not to like!

22. Ariel from The Little Mermaid

The Little Mermaid was one of my favourite movies growing up. I loved Ariel's adventurous, independent and curious nature and wanted to be just like her.

I remember loving the character of Akima the first time I saw this film as a kid. She's witty, resourceful and compassionate, a great all-round character. I loved the visuals in the film and the sense of discovery as the motley crew of characters traveled through space searching for the Titan.

He's very British and loves a good sandwich (don't we all?). He's very polite and inflicts hard stares on those he disapproves of :) 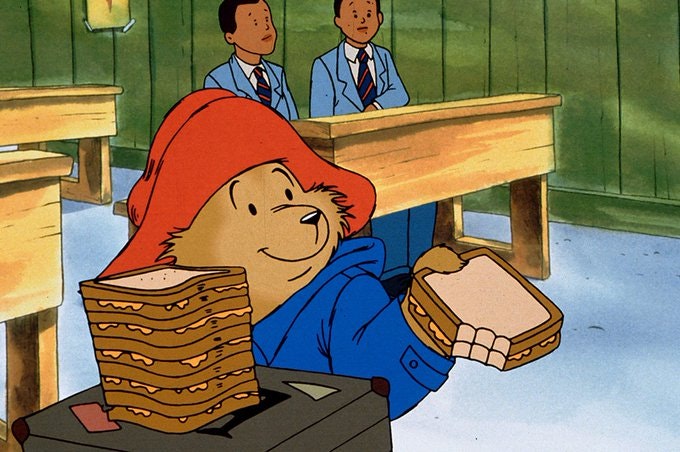 The Adventures of Paddington Bear

Because they showed you can be tough AND feminine AND save the world all at once! Girl Power! :)

So there you have it - our #BrownBag25 beloved animated characters!

Have you got a favourite? Pop them in the comments below!