◄
Previous:
Who’s Ready for a Story? #Playlist
Next:
Chico Bon Bon: Monkey With A Tool Belt Coming to Netflix!
►

This month sees our Brown Bag Films Dublin studio turn 26, and though this year's celebration could not include our usual studio cake fest, we did manage to pull off a global bake off to ring in this big milestone. 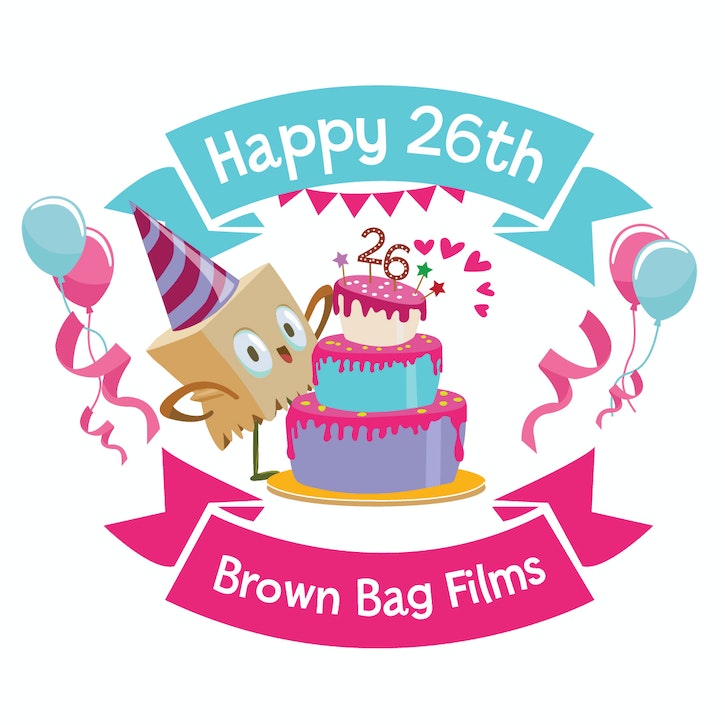 In fact, we did a callout to our incredibly, multi-talented Brown Bagger's to share some of their yummy homemade creations with us so we could all enjoy them, from a safe distance, of course! :) 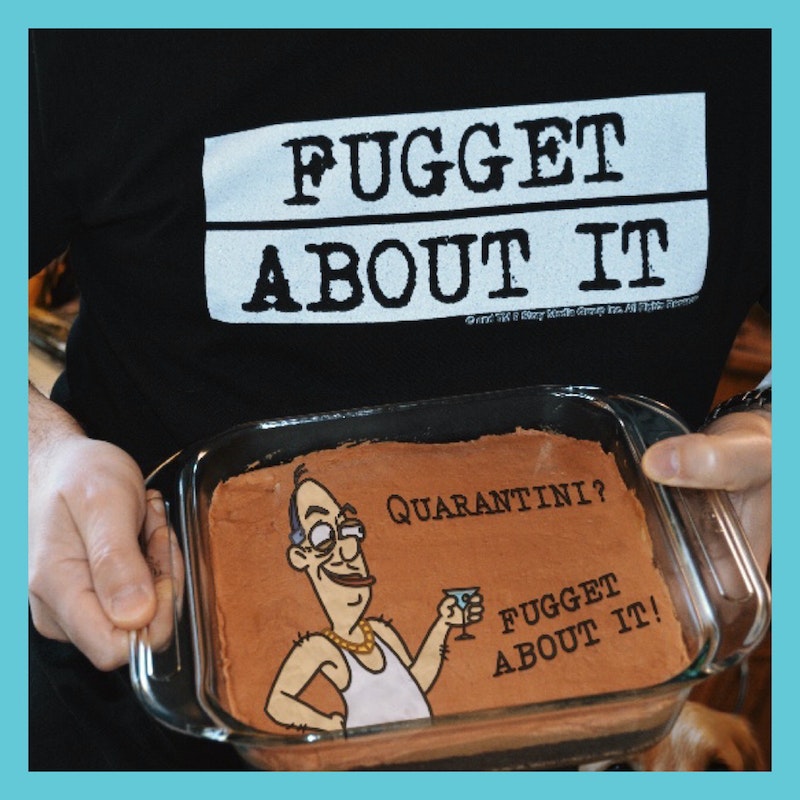 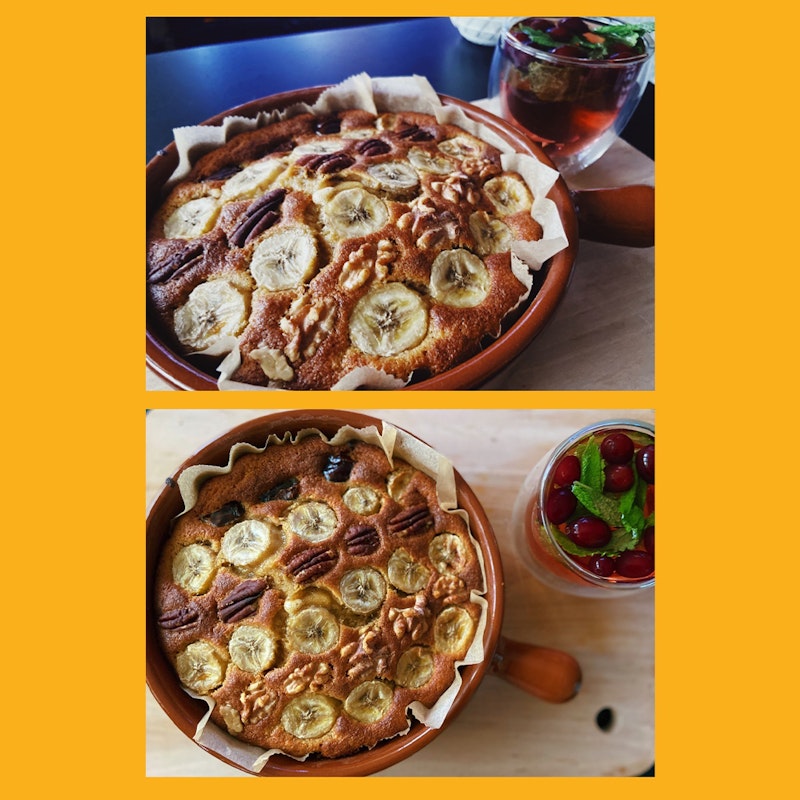 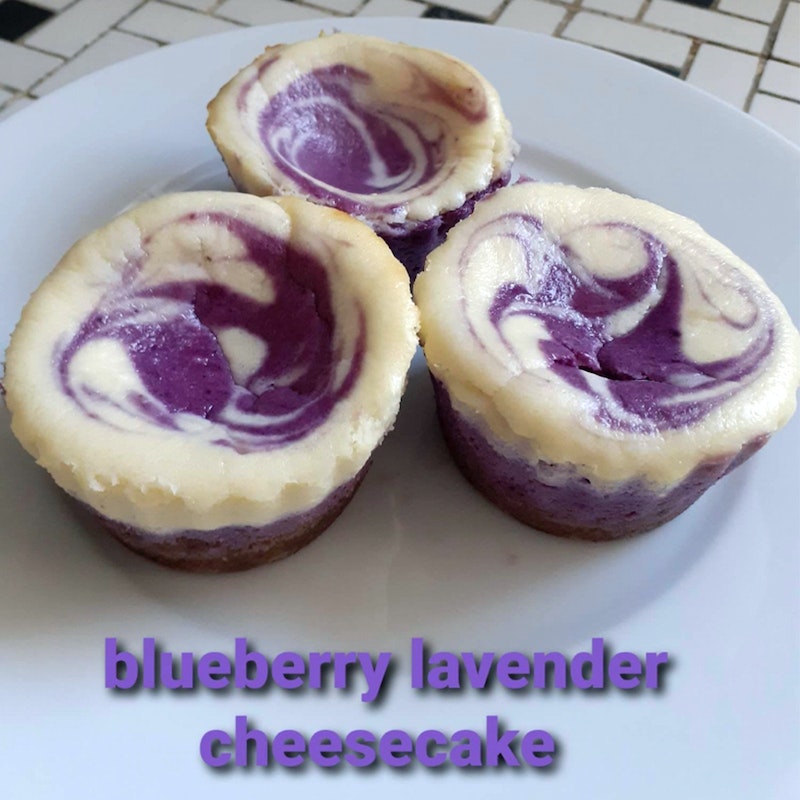 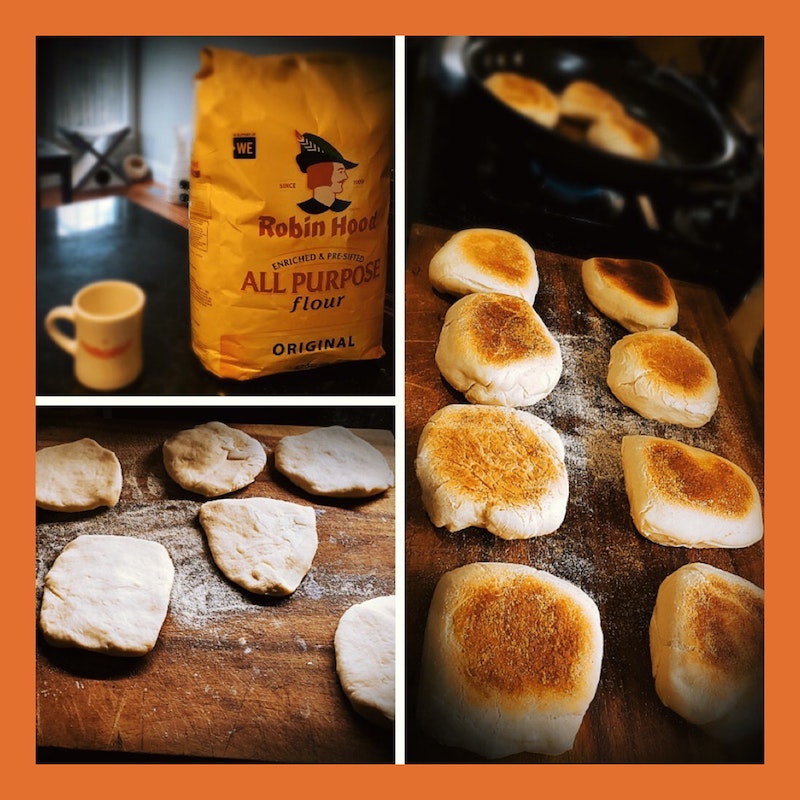 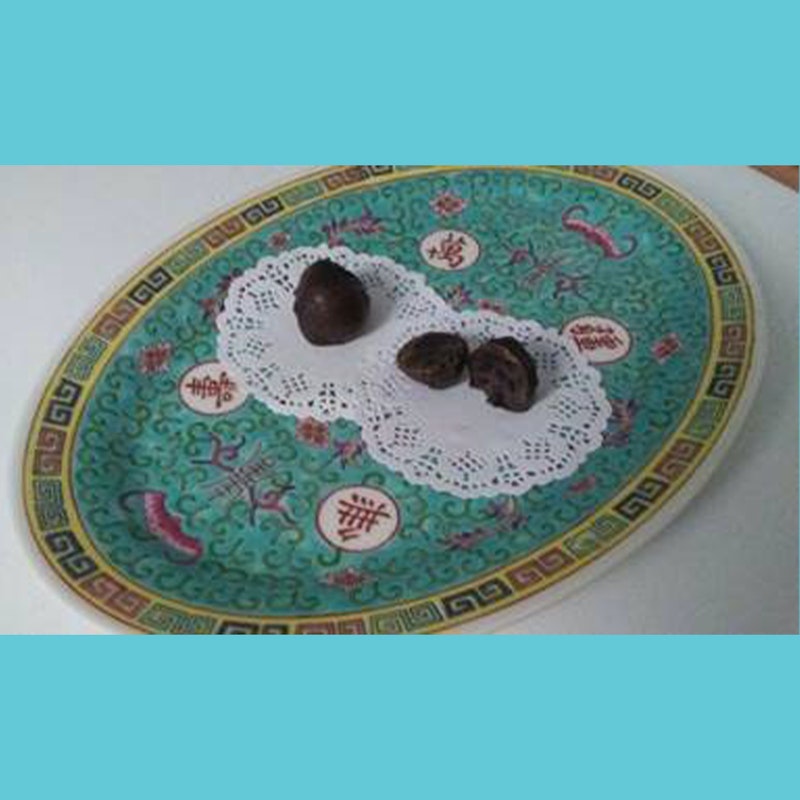 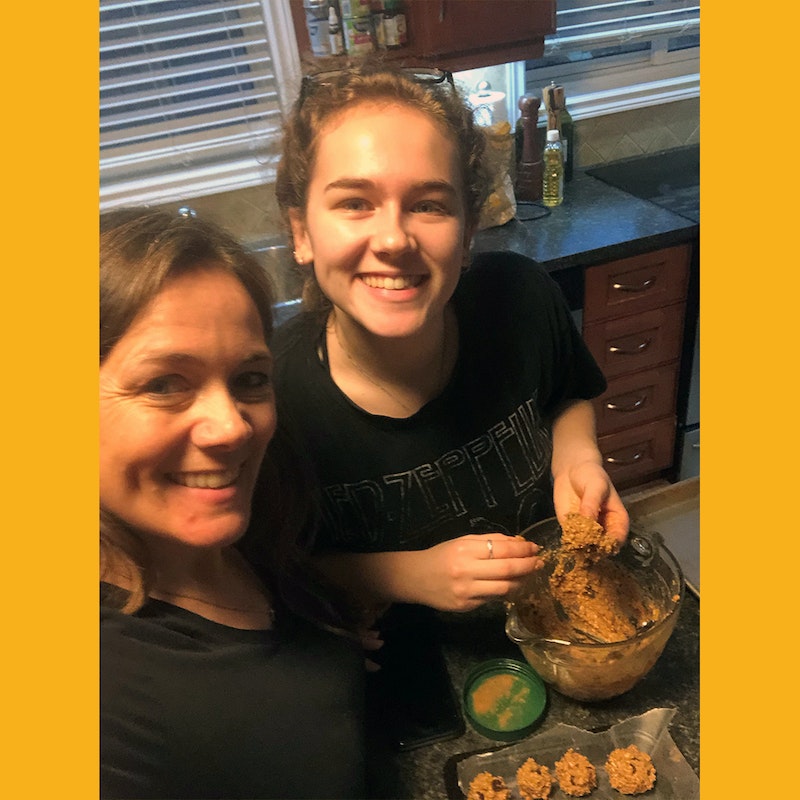 We've also got a little retrospective prepared below for your viewing pleasure to help you celebrate with us as we look back over our short films through the years.

Written, animated and directed by Alan Shannon, produced by Darragh O'Connell and Cathal Gaffney with music and sound design by Darren Hendley, “The Last Elk” was our first short film created way back in 1998!

“The Last Elk” re-imagines the story of the last of the wild Irish elk. Each animal is represented by a different musical sound; the elk experience peace, alongside harshness and strife, but always remain harmonious. When the last elk is killed at the hand of man, the music ceases, and the elk becomes a relic of Ireland's natural history.

Give Up Yer Aul Sins

Directed by Cathal Gaffney and produced by Darragh O'Connell, we received our first Oscar nomination for Best Animated Short for “Give Up Yer Aul Sins” at the 2002 Academy Awards! It was the feature that really put us on the map as an animation studio.

“Give Up Yer Aul Sins” humorously reenacts original recordings of Dublin schoolrooms in the 1960s made by Peig Cunningham and subsequently rediscovered and released by EMI. In the film, a documentary crew arrives to film the activities of the classroom. The teacher chooses Mary to retell, in her own imaginative way, the bible story of John the Baptist.

A tourist walks into a Dublin pub looking for directions and encounters Ding Dong Denny O'Reilly at the bar. Ding Dong insists on telling him the “real” history of Ireland over a number of pints and so we hear Ding Dong Denny's delusional take of events that shaped our nation!

Granny O'Grimm, a seemingly sweet old lady loses the plot as she tells her version of Sleeping Beauty to her terrified grandchild.

Featuring the voice talents of John Hurt and Stuart Townsend, and produced by Colm Tyrrell, “23 Degrees 5 Minutes” was scripted by Darragh O'Connell based on a short story by Austin Kenny. The short was funded under the Frameworks scheme with the Irish Film Board and nominated for an IFTA in 2012.

An old explorer close to freezing in the Arctic re-lives the events that brought him there in the first place. He recalls his student days at Trinity College in Dublin when he studied under the enigmatic Professor Orit, the professor who was driven to madness by his obsessive pursuit of the unified theory. Convinced that the answer somehow lay in the relationship between the numbers two, three and five, Professor Orit's obsession started the journey which has led his former student to the top of the world.

Written and directed by Richard Keane and produced by Laura Roche, “Bird Food” tells the story of a business man who tries to eat his lunch in the park where the local pigeons have other ideas.

“Bird Food” was commissioned by BSÉ/IFB Short Shorts and produced in 2012, making its premiere at the Galway Film Fleadh and going on to be shown in over 40 festivals around the world! “Bird Food” was highly commended for Technical Excellence at Exeter Animation Festival 2013 and was a finalist in the Audience Award (Ages 12-18) for Best Short Film at New York International Children’s Film Festival. Check out this great behind-the-scenes with Richard Keane here!

ANYA, directed by Damien O'Connor and produced by Edel Byrne, is a short which charts twenty years in the life of a Russian orphan. It was released in 2014 as a unique initiative in collaboration with To Russia With Love to help raise funds for the charity through the medium of 'visual busking'.

The original music for the film is composed by Darren Hendley with Lisa Hannigan featuring on vocals.

An Ode to Love

Written and directed by Matthew Darragh and produced by Suzie Belton and Danielle Considine with music by Stefan French, “An Ode to Love” tells the story of a man on a desert island who falls in love with a stick…

“An Ode to Love” was made with the generous support of Filmbase and RTE, who together with IMRO also gave us the wonderful opportunity to collaborate with the RTE Concert Orchestra for the films score. 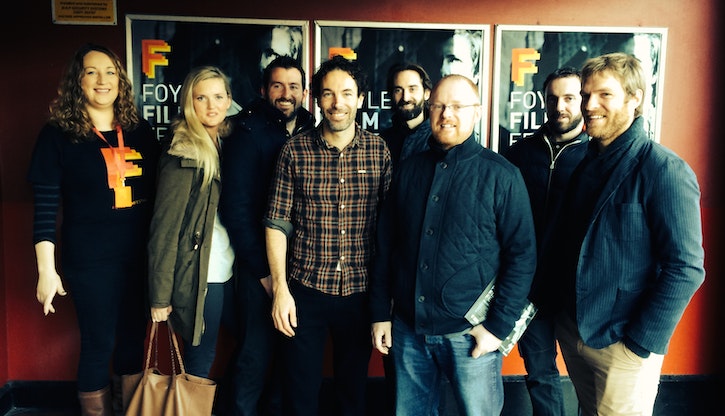 An Ode to Love team at the Foyle Film Festival

Pins and Needles was commissioned by the RTÉ Animated Shorts Scheme and made its premiere on RTÉjr in December 2018. Written and directed by Brown Bag Films Dublin-based duo Kerrie Costello and Julien Celin, with music by Darren Hendley, 'Pins and Needles' tells the story of the new kid on the plot trying to fit in.

This is the story of an outcast - a spiky cactus trying to make a friend it wonʼt hurt in a world full of 'normal' flowers. The Cactus is the new plant in the garden, instantly shunned by the flowers because it is different. After enduring shame and ridicule at the hands of the Sunflower and Dandelion, the cactus longs for a friend. Enter the hedgehog! Under exciting circumstances, the hedgehog shows up and, seeing their similarities, the two become best buds, showing friendship comes in all shapes.

Directed by Damien O’Connor and co-written by Will Collins and Damien O’Connor, 'Angela's Christmas' is a half hour holiday special based on the popular children’s story from Pulitzer Prize winning author Frank McCourt. Featuring the talented voice cast of Oscar nominated Ruth Negga in the role of Angela’s mother, and Lucy O’Connell as Angela, and Malachy McCourt, Frank McCourt’s brother, as the narrator. We were incredibly honoured to get the opportunity to bring this story from an iconic Irish writer to the screen.

'Angela's Christmas' was developed with the support of the Irish Film Board and produced with the support of the Broadcasting Authority of Ireland and RTE. The short film scooped up the Best One-Off, Special/TV Movie and Best in Class awards in the Programming—Kids category at this year's Kidscreen Awards and also received three European Animation Awards nominations in 2018.

Set in Ireland in the 1910s, 'Angela's Christmas' is a funny, heart-warming and poignant story about the power of family and the innocent desire of a child to ensure everyone is safe, warm and loved at Christmas time. Check out the behind-the-scenes with director Damien O'Connor here!

We hope you enjoyed this little trip down memory lane with us! We would like to take this opportunity to thank all of you for celebrating with us and to thank our AMAZING teams for all the incredible work they do year in and year out.