Women in the Animation Industry | The Podcast Edition

Animation fans, have we got a treat for you! In honour of Women's History Month, we’ve pulled together the ultimate Women in Animation podcast playlist to keep you engaged, entertained and inspired!

To create our playlist, we searched out episodes from some of our favourite industry podcasts that feature women who work across many different areas of animation and compiled them for you into the talent-packed list below.

Again, we are always looking to add to our lists, so do not hesitate to comment below and share your favourite listens that feature awesome women in animation. 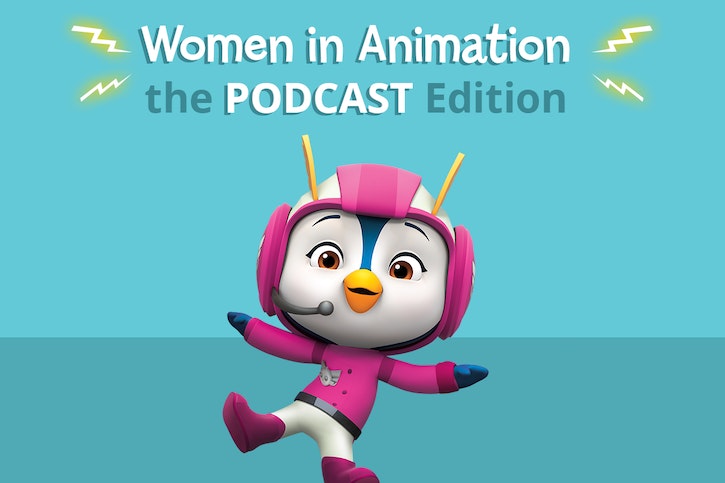 The Ink and Paint Girls Podcast

With over 90 episodes under their belt, The Ink and Paint Girls Podcast is a great source of insight and info into the inspiring women in the animation industry. With plenty of interviews featuring amazing stories and experiences to get you motivated, creativity fuelled and eager to lead, this is definitely a series to dive into! You can find some great featured episodes on the WIA website to get you started. 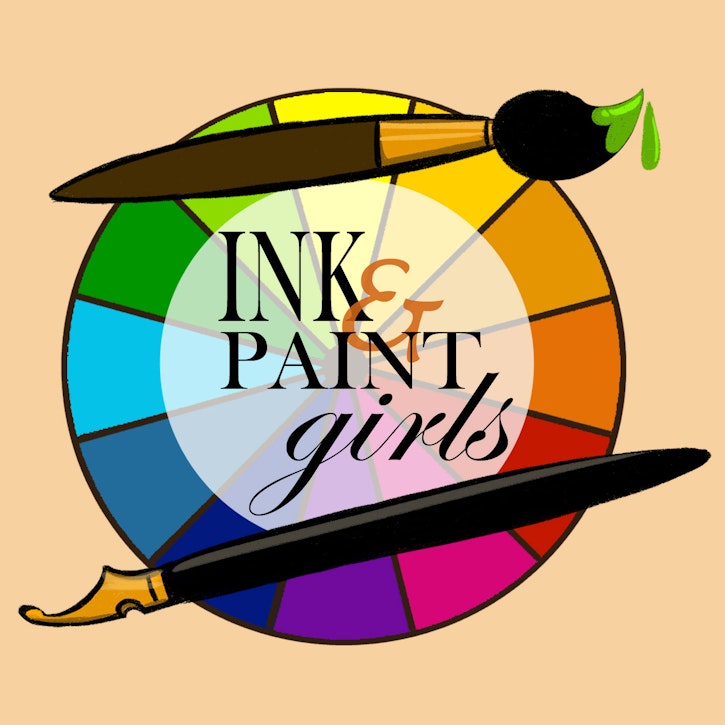 Chris Nee is the creative genius behind our very own Doc McStuffins and Vampirina! Both are shows that have become instant fan favourites, striking a chord with millions of kids worldwide and pushing the boundaries of modern children's television.

Bagging numerous awards including the prestigious Peabody and invites to the White House, along with inciting a movement, Chris's work has reached far and wide and continues to do so.

In this episode of An Irishman Abroad, Chris explains to Jarlath the importance of following your heart and working hard to live your dream, her pride as a gay woman of Irish origins and her emotional struggle during her time in a position in which others would be envious.

Be sure to also catch Chris on The Moment with Brian Koppelman where she discusses defining yourself as an artist and businessperson. Something useful for any ambitious creative!

Inside Culture: Interview with Jennie Stacey

For those of you interested in the inner workings of the development side of things you'll certainly want to check out this great interview with our VP, Development Production Jennie Stacey alongside Cartoon Saloon's Paul Young and Head of Children's Content at RTÉ, Sheila de Courcy on RTE Radio 1's Inside Culture podcast.

“The joy of animation is that it can be anywhere, I mean it can be set in space, it can be set in a completely magical, fantasy world, but [a] universal theme is essential, so if you can make a story about a magical unicorn on the moon but you're still telling stories that children can relate to about the kind of issues they face every day, whether it's making friends, or dealing with disappointment or excitement then you're going to engage your audience.” - Jennie Stacey, Director of Development

Blue's Clues creators Angela Santomero and Traci Paige Johnson forever changed the way that kids interact with television. Combining their backgrounds in child development, love of Mister Rogers and the paper cut-out aesthetic of Monty Python, they created an animated/live-action phenomenon. Skidoo into the studio with Hector, Angela, Traci and Blue to discover that you really can “do anything that you want to do” with a clear animation vision and a commitment to getting every detail right.

When your cartoon career includes Snoopy, Scooby-Doo and Stimpy you really have run with the BIG DOGS of animation. Veteran producer Margaret Dean (Nickelodeon, Warner Brothers, Mattel, Stoopid Buddy Studios) and co-president of W.I.A. (Women in Animation), brings her incredible insight to this podcast in which she discusses equality in the industry, the changing landscape of animation, and what the impacts and opportunities are for anyone with the drive to create.

Dora The Explorer co-creator Valerie Walsh Valdes helped bring to life the world’s most popular Latina explorer. As one of the longest-running series ever on Nickelodeon, Dora wowed kids and parents in homes and toy aisles across the globe, while always empowering audiences to come along on her adventures. From Dora The Explorer to Go Diego Go! to Dora and Friends, Valerie is one of the few creators who knows what it’s like to see a creative vision explode into a worldwide phenomenon.

Behind the Shot: In Conversation with Women Leaders in VFX

In this episode of Behind the Shot, Rachel Matchett, Head of Technicolor VFX and Jo Hughes, award-winning senior VFX producer for MR. X. discuss their career paths, mentors and personal experiences that have shaped them as leaders. Rachel has spent the last decade in senior management positions overseeing films including The Jungle Book, Life of Pi and Blade Runner 2049 and Jo is behind titles like Guillermo Del Toro’s Crimson Peak, Resident Evil: Retribution and Paul W.S. Anderson’s action thriller, Monster Hunter.

Drawn: The Story of Animation | Women in Animation

In this episode of the fantastic Drawn Podcast series, Holly Frey looks back at the brilliant work that women in the animation industry have been responsible for, often without due recognition. Exploring how the industry has changed for women over the years, and what the future holds.

Victoria Orolfo, Art Center alum and all-around amazing person shares how she manages her time and creates fantastic art for clients ranging from BLT Communications to Riot Games, Cartoon Network and Honda! Hear about the importance of networking, exhibiting at conventions, working well with your classmates and more in this great episode!

Animator, illustrator, storyboard and comic artist Alina Chau shares her experiences growing up in Hong Kong, studying animation at UCLA and working in multiple aspects of the animation industry from gaming to television shows at studios ranging from Electronic Arts to Lucasfilm in this episode of The Animated Journey Podcast! This is a two-part episode where Alina shares how she became the phenomenal artist that she is today, from working in the industry at studios to freelancing and exhibiting at conventions around the country.

Episode 099 of The Animated Journey features Co-Executive Producer Aliki Theofilopoulos! Aliki started her career as a 2D Animator for Disney Feature Animation, working on such films as Hercules and Atlantis, before jumping into the world of television and working as a Storyboard Artist on shows like Phineas and Ferb, directing and boarding her own original shorts, directing Descendants: Wicked World, and now serves as Co-Executive Producer and Co-Showrunner for DreamWorks TV’s Harvey Girls Forever!, streaming on Netflix. Hear how she helped bring the classic Harvey comics characters to the screen, why she loves animation and how to work collaboratively with others.

In this episode of Black N' Animated, Breana Williams and Waymond Singleton talk with Monique aka Simply Robotix! She is a podcaster, a mentor, a blogger and all-around awesome person that is great to know! The gang discusses her animation journey, favorite films, and building an animation community online and in real life!

In this episode, Bre and Way chat with Production Assistant Vassiea Hurt! She talks about what she does as a Production Assistant in the Design Department of a 3D animated series at Nickelodeon, and drops some great advice about networking, and how skills from a different career path can help you pursue your animation career.

In this episode of Simply Robotix, host Monique talks briefly about her time at the Athena Film Festival and shares the DiverseToons panel audio for the 2019 “Women Taking The Lead” event.

The DIY Animation Show | “In the Name of the Moon, I’ll Re-Animate You!” – Interview with Kate Sullivan, Captain of Moon Animate Make-Up Episode 20 & 21

Kate organized a huge team of volunteer animators to completely recreate episodes of Sailor Moon, assigning each animator a clip of their own to re-animate in their own style. This was no easy task – sifting through demo reels, organizing countless assets, keeping track of her contributors’ progress and updating spreadsheets like there was no tomorrow.

She went into this with no other goal than to create a cool thing in celebration of one of her favourite shows. Little did she know the impact the project would have on the animation and fan communities, setting a precedent for re-animating fan collaborations across the internet.

In this episode, Kate shares a look at the project management-side of Moon Animate, and the effort that’s involved in a project that has the potential to resemble a herd of cats, plenty of real talk on the state of 2D animation, what makes a brilliant demo reel and what hustling really looks like!

In this episode of TIFF Long Take, Rob and Geoff sit down with Pixar animation artist Domee Shi, who made history when her animated short film Bao became the first Pixar short to be directed by a woman. Domee Shi chats about how she went from studying at Sheridan College to directing her first Pixar short in less than 10 years.

The Conversation - Women in Animation

Forget the wicked witch or the pretty princess - a new generation of women in animation are doing away with cartoon cliches. Kim Chakanetsa talks to two women doing their bit to ensure that female characters are accurately drawn from life, rather than stereotypes. Niki Yang grew up in South Korea visiting comic book rooms and watching Japanese anime on TV - which helped her realise her passion for drawing and storytelling.

Niki established her own career in animation when she moved to Los Angeles more than a decade ago. She's since worked on a number of well-known cartoons including Family Guy and Adventure Time. She says the birth of her son has introduced a new humour to her life and work.

Aliki Theofilopoulos is a Greek-American television writer and animator, who's currently working at DreamWorks. As a child she loved watching slapstick cartoons like Bugs Bunny and Looney Tunes, but it was Disney's Dumbo that truly inspired her to work in animation. In a career spanning more than 20 years, Aliki has worked on household hits like Mulan and Hercules. She's also worked on popular TV series Phineas and Ferb which sees two step-brothers invent wonderful and wacky machines.

Science fiction, fantasy, and all associated genres have finally evolved from a niche interest into a mainstream staple. But the women who have been instrumental in creating and shaping the nerdverse have largely gone unrecognized. SYFY FANGRRLS' Forgotten Women of Genre tells the stories of the women who helped some of the most famous fantasy worlds become a reality.

Got any more for us to add to our list? Pop them in the comments below!