Prehistoric history is being made thanks to the recent reveal of the Eureka! theme song!

Take a musical sneak peek at what's in store for you in our new homegrown animated series about a talented young inventor living in the fantastical prehistoric world of Rocky Falls. 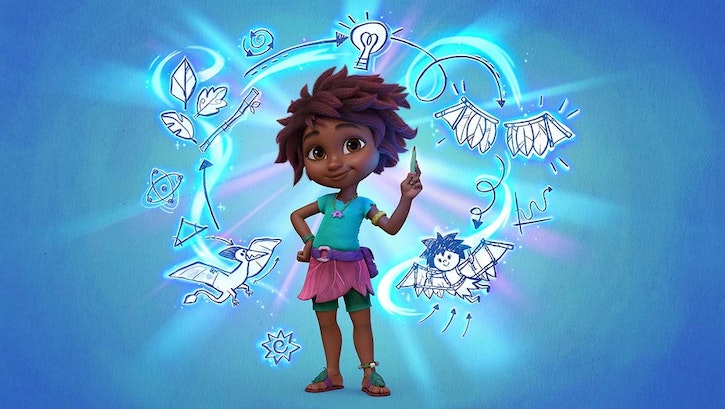 Eureka! tells the story of a young girl inventor who is way ahead of her time. Utilizing creative out-of-the-box thinking, she designs inventions and contraptions in the hopes of making the world a better place and moving her prehistoric community into a more modern era. With the help of her supportive parents, teacher, best friends — Pepper and Barry — and beloved pet mammoth Murphy, Eureka is learning to embrace that she is not ordinary — she's extraordinary.

We can't wait for everyone to watch as Eureka makes the world a better place with the wonders she creates!

So, let the rocks roll and carve out those calendars, Eureka! will premiere on Disney Junior on June 22, with four new episodes which will be available on Disney+ ahead of the broadcast release.