Ada Twist, Scientist, based on the best-selling children's book series by author Andrea Beaty and illustrator David Roberts, follows the adventures of eight-year-old Ada Twist, a pint-sized scientist with a giant-sized curiosity, who aspires to discover the truth about absolutely everything. With the help of her two best friends, Rosie Revere and Iggy Peck, Ada unravels and solves mysteries for her friends and family. But solving the mystery is only the beginning, because science isn’t just about learning how and why and what… it’s about putting that knowledge into action to make the world a better place. 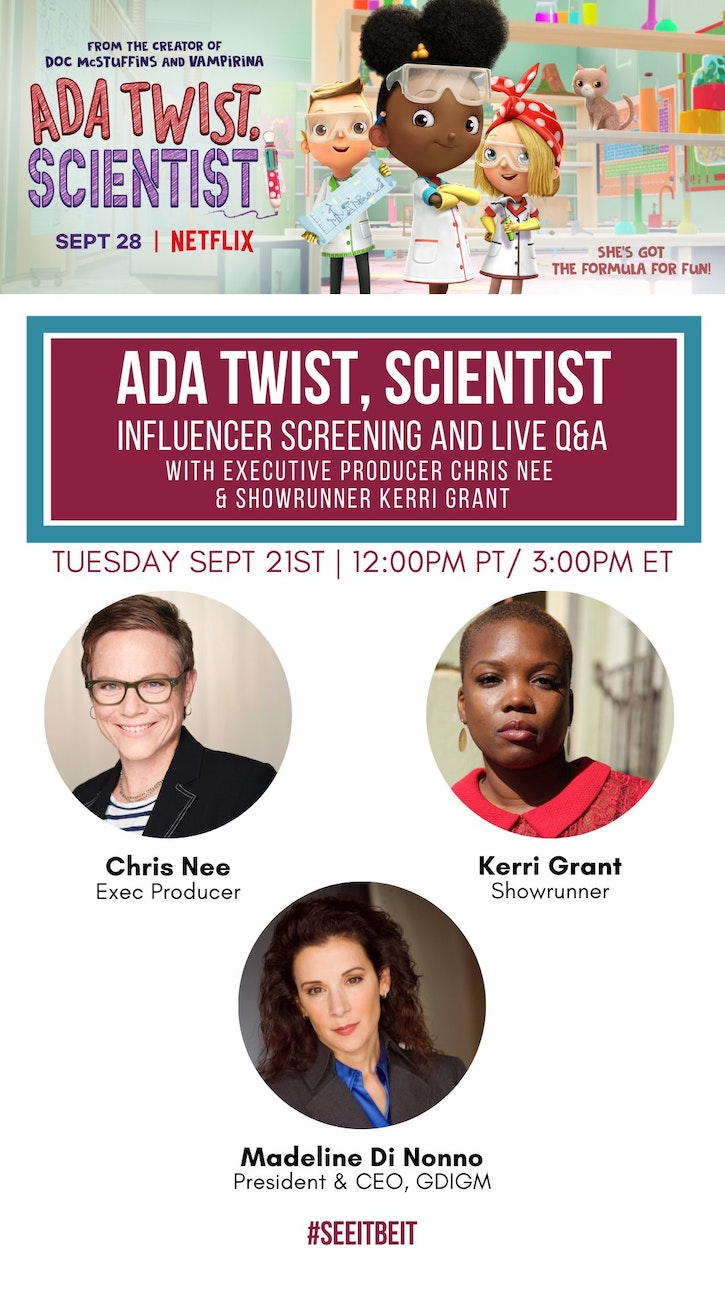 RSVP online to reserve your spot!

��‍��Calling all future #WomeninSTEM!⁠
Join us on 9/21 12pm PT for a live Q&A where we'll get to hear all about @netflix's newest animated series, Ada Twist, Scientist! With our CEO @MadelineDiNonno, EP @chrisdocnee & showrunner Kerri Grant. #SeeitBeit
RSVP: https://t.co/NNNkOlaEdt pic.twitter.com/pPE4yhR6Dq

In advance of the live Q&A event, you can watch four full episode's of Ada Twist, Scientist right now:

Ada’s on it! Using Science and the help of her two best friends, Iggy and Rosie, they figure out the answers to all these questions!

Where is that smell coming from? Can Rosie rock a pet? Get ready to find out with two full special episodes of Ada Twist, Scientist!

It’s never been more fun to discover science than with Ada Twist, Scientist!