◄
Previous:
International Day of Women and Girls in Science!
Next:
Ladybird Lu is Coming to Cartoon Network and HBO Max #Greenlight
►

Get ready for a heart bursting overload of animation! We've compiled our love-filled staff picks from over the years into one SUPER SWEET playlist! Consider this a curated love letter from us to you. We hope it adds some warmth and magic to your day. 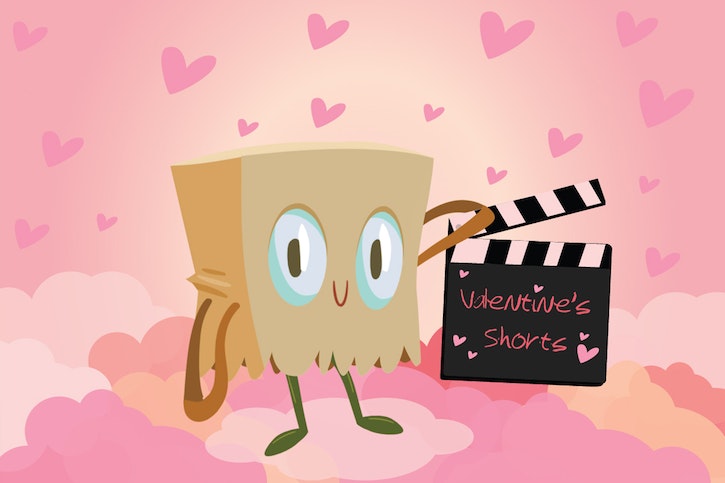 First up, the award-winning 'Hair Love'! Directed by Matthew A. Cherry, Everett Downing Jr.and Bruce W. Smith, and produced by Karen Rupert Toliver, Stacey Newton, Monica A. Young, Matthew A. Cherry, David Steward II, and Carl Reed. The project was a collaboration with Sony Pictures Animation that was launched as a Kickstarter campaign in 2017.

Hair Love, an animated short film from Matthew A. Cherry, tells the heartfelt story of an African American father learning to do his daughter’s hair for the first time.

Next check out 'In a Heartbeat', a sweet and charming short directed by Beth David and Esteban Bravo with music by Arturo Cardelús and sound design by Nick Ainsworth, produced at Ringling College of Art and Design.

A closeted boy runs the risk of being outed by his own heart after it pops out of his chest to chase down the boy of his dreams.

Now it's time for an unconventional romance with ‘Impressionable’, a short by Laura Yan produced at Ringling College of Art and Design. And be sure to keep your ear tuned to the whimsical music score by Daniel Markovich!

A young woman falls in love with Monet's Bridge Over Water Lilies.

And to wrap it up, we have quite the heartwarmer for you to view - the wonderful stop motion animated short film Head over Heels, written and directed by Timothy Reckart. Nominated for Best Animated Short Film in the 85th Academy Awards, the short is a cleverly executed tale about the ups and downs of a relationship and the rediscovery of love.