Get ready for adventure, because it’s time to dive into part two of our interview series “Meet the Writers of Xavier Riddle’s I am Harriet Tubman” – Meghan Read and Desmond Sargeant.

But before we get started, we have an AMAZING update to announce! We are delighted to share that Meghan and Desmond took home the Canadian Screen Award - Best Writing, Animation for their work on ‘I am Harriet Tubman’.

And that’s not all, the episode also won Best Preschool Animation at the 2021 Youth Media Alliance Awards of Excellence.

We are beyond thrilled for both Meghan and Desmond and it’s fantastic to see their incredible writing honoured with these well-deserved awards. If you are interested in learning more about their creative process and what went into crafting this award-winning episode, check out part one of the interview here – Meet the Writers of Xavier Riddle’s I am Harriet Tubman - Part 1.

And now, the time has finally come for Part 2!

In the second part of this series, Desmond and Meghan discuss advice and resources for aspiring writers, share what inspires them, and reveal their very own Xavier Riddle mantras. To the Secret Museum… 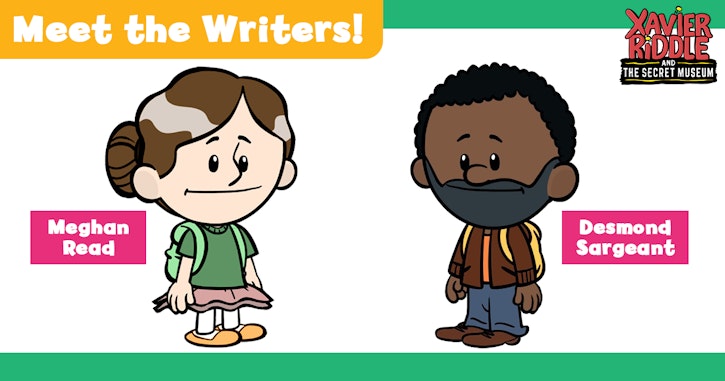 What is your top piece of advice for aspiring writers looking to break into the industry?

I think they are massively helpful when it comes to thinking on your feet. When you’re in a writer's room building on a story, being able to tap into your improv experience and use an exercise like “yes, and” to take an idea or story line and twist it in a way that’s unexpected is an excellent skill to have. That’s generally one of the top pieces of advice I like to give.

Another is just reach out to people!

Reach out to as many writers as you can, writers who you admire and respect, and ask them how they got their start. Ask them if they might be open to reading your sample. You’ll probably get a lot that are too busy, but you will find those people who are happy to do it and happy to give you notes. You want to also connect with people whose work inspires you and who do the type of writing you want to break into.

DS: When starting out, you may face rejection at first, but don’t get discouraged. Perseverance is the biggest key to a successful career. When you’re early on in your career, it can feel like there are a lot of doors being closed in your face, but just keep at it and stay persistent. It’s not always the person who is the greatest writer who gets the opportunity, it’s the person who sticks with it and perseveres through the rough spots.

Keep at it, keep writing, keep working on your samples and you’ll get there!

More specifically, it’s always great to have a mentor. See if you can talk to someone who has experience in the writing field and just pick their brains. See if you can get scripts that they have written for shows; there’s no better learning experience than reading a produced script to see what they actually look and read like. For me, it was such a mystery to even see what a cartoon script looked like, so it’s felt like an invaluable resource to be able to see a script, and then look at the show, and then do a comparison of how it went from this to that. 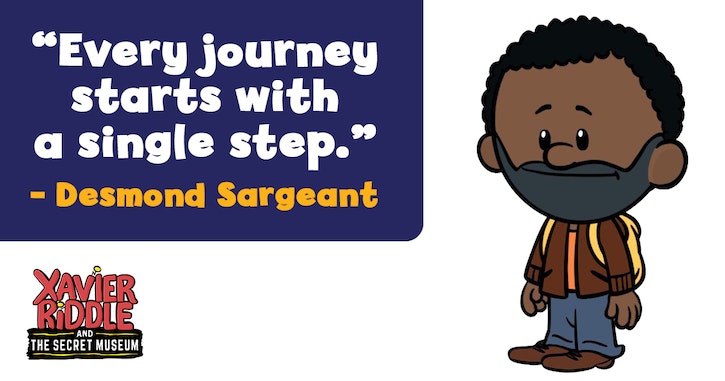 Do you have any good resources that you have found helpful in your career to share with writers looking to improve on their skills?

MR: There are some great online groups!

Women Drawn Together, specifically for women in animation, that’s also a great one and they hold events.

Both good places to meet people and safe spaces where you can ask questions and share resources. It’s a really great community of creatives who are, generally speaking, really willing to help you get going.

DS: BIPOC TV & Film is an organization and online community that has been very helpful to me. They focus on creators in front of and behind the camera. It’s been a great place to network with other diverse writers, to discuss topics relevant to the industry and to share our resources. For example, one of the things that was very helpful for me early on was finding out about workshops that focus on giving opportunities to diverse writers. They highlight, for example, “this company is having a bootcamp for emerging diverse children’s writers” or “this company is trying to find more female writers and they have this initiative and it’s going to be starting on these dates.”

Having resources like that is immensely helpful and inevitably led to me getting my first writing job. 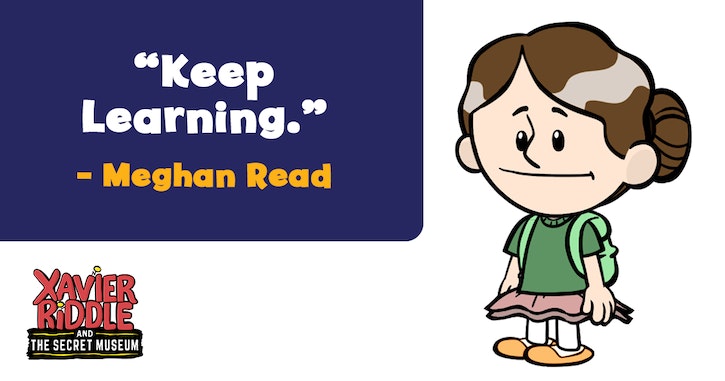 Who were your childhood heroes / favorite childhood cartoon?

DS: I grew up loving comic books, so for me, Stan Lee and Jack Kirby were huge inspirations. The sheer creativity, skill and imagination needed to create the iconic heroes and villains of the Marvel universe was mind blowing.

As a kid, these books were my escape from reality, and I always held these architects in high regard. Harry Houdini, Terry Fox and the story of the Tuskegee Airmen had a big impact on me growing up. Favorite cartoon is so tough… X-Men.  Batman: The Animated Series.  Doug.  Pepper Anne.

MR: Favorite childhood cartoon is a toughie.  I can’t pick just one.  Thundercats, She-Ra/He-Man, Jem and the Holograms… To be perfectly honest, the characters in those shows were my heroes. Other than my mom, but I feel like that’s a cop-out answer!

Growing up I never knew much about real-life heroes, which is another reason I was so excited to work on this series. We’re introducing kids to so many names they probably wouldn’t get to know otherwise. Heroes who are a bit more real, and a whole lot more inspiring, than Jem. (No offense, Jem.)

What would be your Xavier Riddle Mantra?

DS: “Every journey starts with a single step”.

I think because we highlight some extraordinary people on the show, it's important to remember they all started somewhere. You might not be where you want to be, or your goal may seem far off, but the only way to get to it is by taking that brave first step towards it.

MR: My mantra would be “KEEP LEARNING.”

It’s my biggest takeaway from working on this series, that no matter how much I think I know, there’s always more to learn.  Not just in terms of facts, but in terms of different perspectives.  And as Maya Angelou said, “When you know better, you do better.”  That was basically our series mantra! 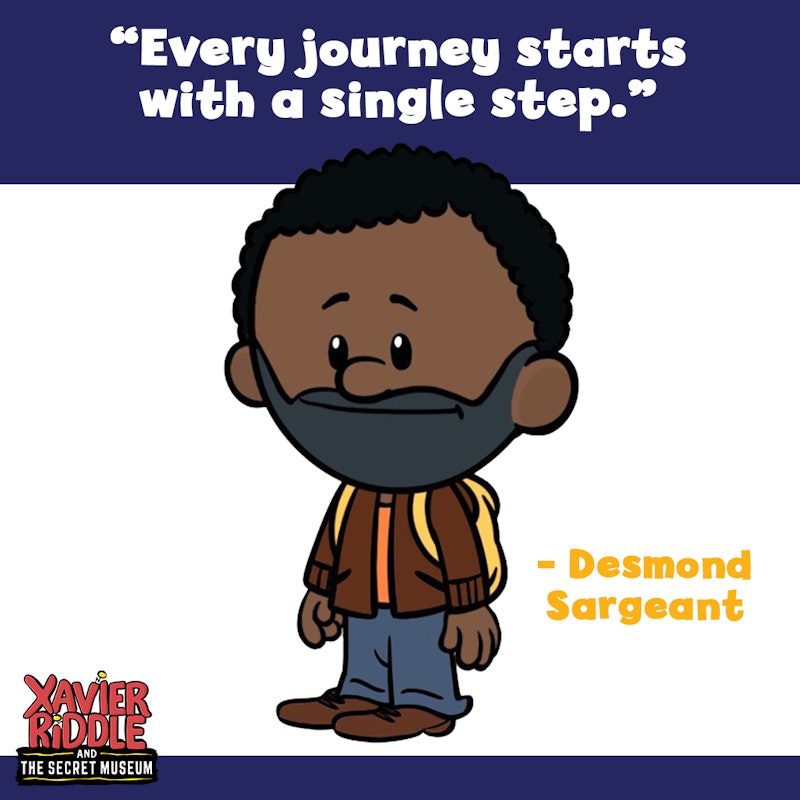 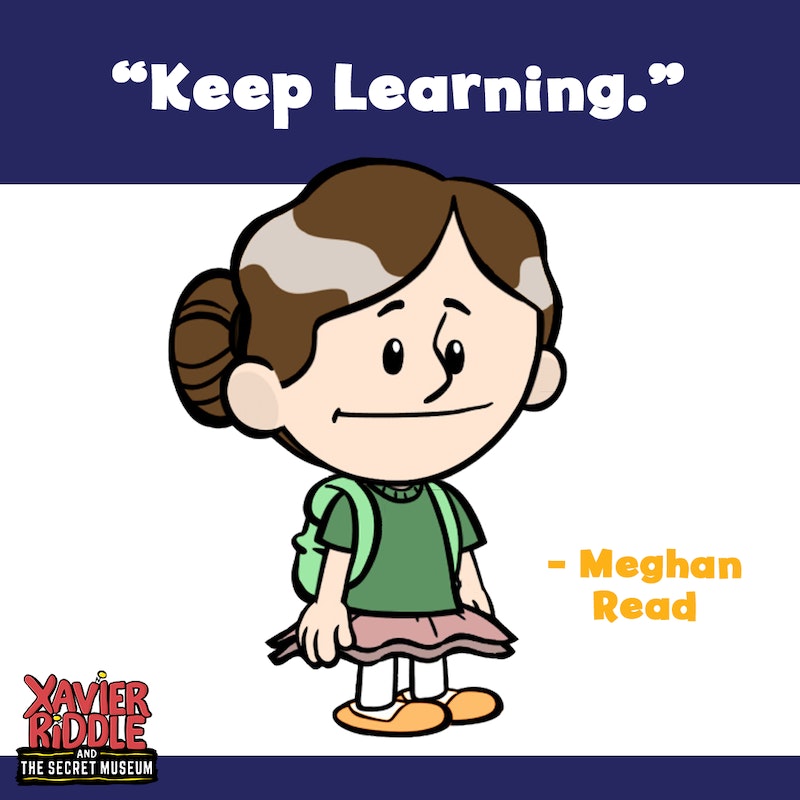