Meet our amazing Layout Artist Marta Jimenez! Along with her passion for animation, she's got a talent for music, movies and games! We managed to catch her for a few minutes to chat about her role and find out why she loves animation.

How did you get into animation?

I have always had a passion for animation. I spent my childhood and teenage years drawing comics and watching animation films and series, then I tried stop-motion.

When I finished my art studies, I went to the Madrid Cinema School to study cinema and animation. After completion, I did an Autodesk Maya Master and then I started working on an animation feature.

How long have you worked in the animation industry?

I’ve been working in the animation industry for four years. I started as a CG generalist doing advertising. I then moved onto two animation films as a lighter and some animated short films (3D and stop-motion) as a layout artist and director. 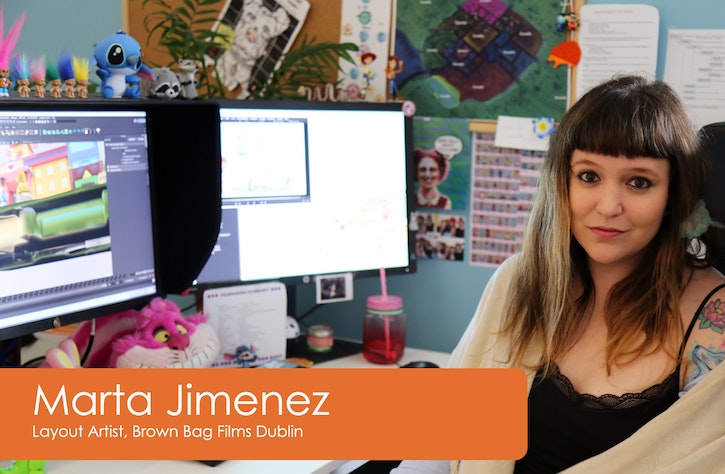 What's your current role and what does it involve?

I am a Layout Artist.

We receive the animatic and storyboard in 2D, then we build a simple 3D composition with all the characters that appear in the set.

We give the characters some poses and rough animation, then we animate the cameras giving them nice movements and continuity between shots and scenes. With our cameras, we try different angles and lenses to find the best ones for each shot.

We have to look at the scale of everything to see if it works in the scene.

What are your biggest influences/inspirations?

I feel so inspired by stop-motion, especially from Aardman’s comedy and Adam Elliot’s stories. Also, Svankmajer and Wes Anderson’s movies!

And my favorite animation movies (it’s almost impossible to choose) are probably The Iron Giant, James and the Giant Peach, Alice in Wonderland and Who Framed Roger Rabbit. 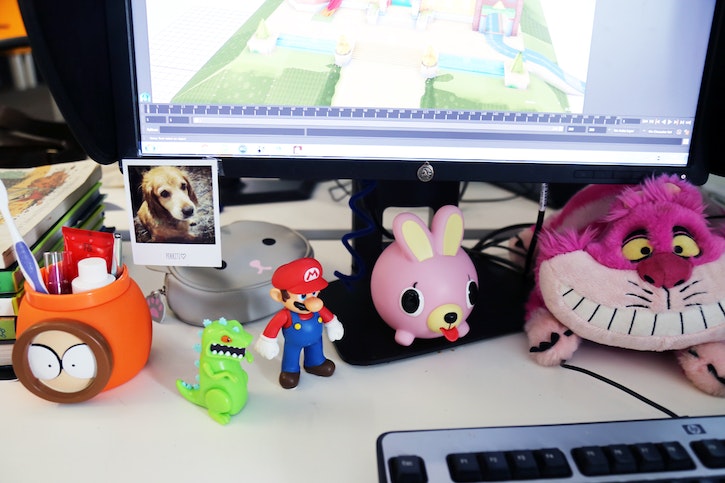 What’s your favourite tool to use and why?

Autodesk Maya. I can do everything I want with Maya, but sometimes I use Blender too.

For stop-motion I use Dragonframe.

Now I’m learning ZBrush to give more interest to my 3D models.

What advice would you give someone considering getting into animation?

Keep on it! The beginning is always difficult but worth it.

And watch A LOT of movies!

What do you like most about working in animation?

We can create the worlds where we dream, the stories we’d love to live and the characters we want to be with no limits. It’s amazing. 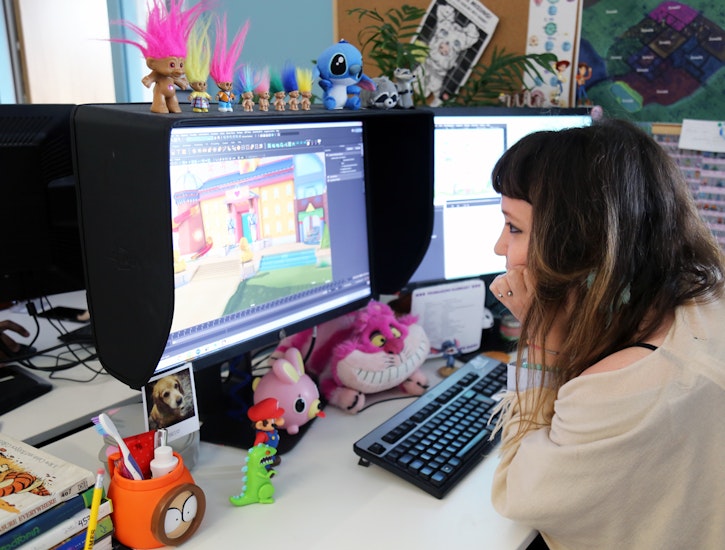 What’s been the most challenging thing about working in animation?

For myself, leaving my country, family, and friends. Working and speaking in a different language.

But honestly, from working in animation, every project is completely different (and exciting) and I haven't found anything bad yet. 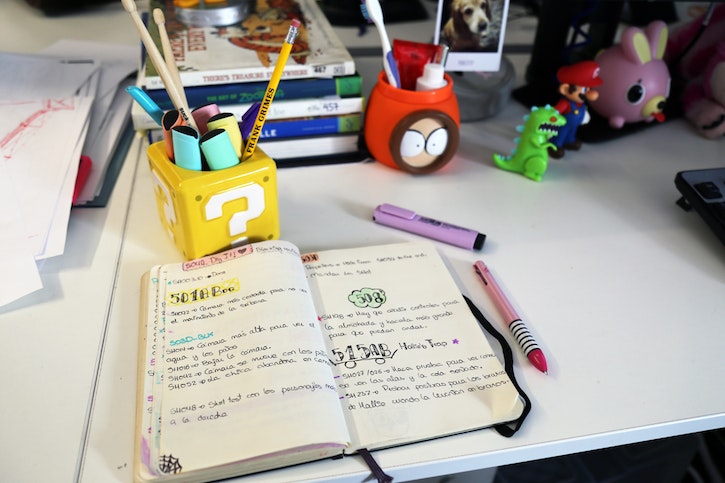 Outside of animation what are you most passionate about?

I love playing the drums, I’ve been in a few bands and now I’m playing jazz and bossa nova. And of course, rock too!

I enjoy reading (books and comics), traveling and going to concerts.

I also love board games and video games.