Is it a bird, is it a plane…no, it's Jet Bootz Gal! We've got a special treat for you today in the form of a process breakdown guide for a 2D animated scene from our Manchester-based Animator Freddie Elsom and Background Artist Giedre Kaveckaite.

The duo collaborated together to create this piece with animation by Freddie and character and background design by Giedre. We chatted to Freddie and Giedre to get a bit more detail on the background for this project:

How did you come up with the idea?

Freddie: I set a personal challenge to stretch my traditional animation muscles and check in where my ability was at after working with rigged characters for well over a year.

The concept came about by making a mental list of things I hadn’t had a chance to animate much before: flying seemed fun and freeing to do; I’d never touched on sci-fi before; and I find stylised female characters really hard to draw so I wanted to improve on that.

Check out the design of Jet Bootz Gal by Giedre Kaveckaite: 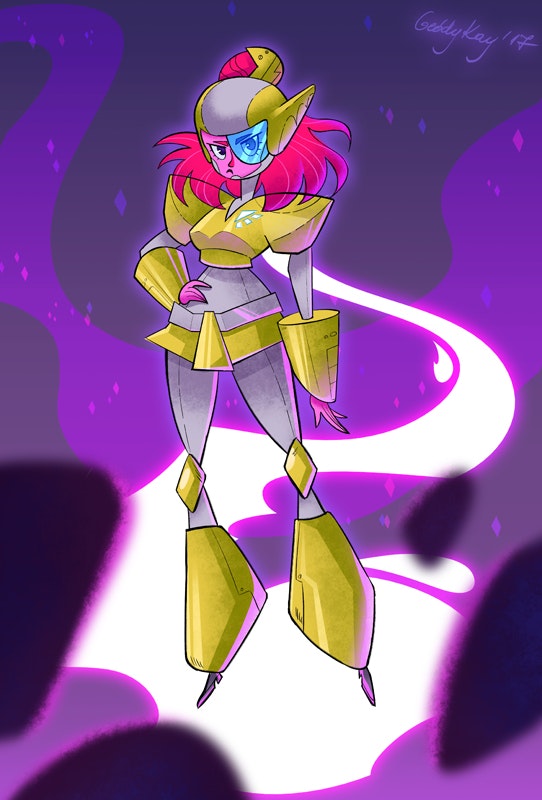 How long did it take to complete?

Freddie: Roughly two weeks from idea to final render, finding an hour before work here and a chunk of my weekend there.

What software did you use?

Freddie: Animate CC (formerly Flash) for animation/inking and compositing was done in After Effects. Giedre used Photoshop for background art and design work. 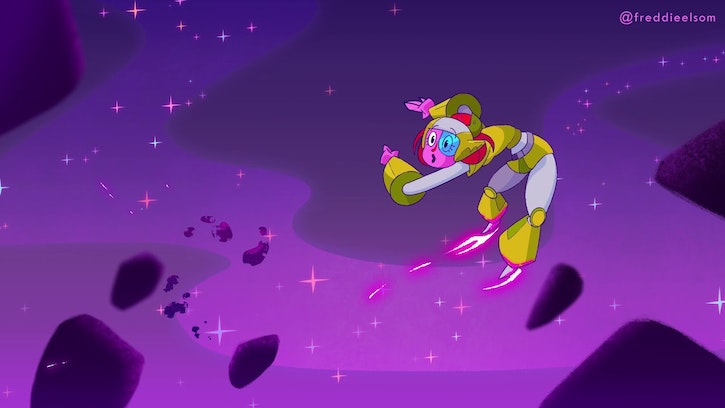 How did you go about creating the clip?

Freddie: Usually, I do a first pass of animation based on instinct, which always looks like scribbly brain vomit.

Then I do a rough pass, focusing on exaggeration and line of action mainly.

There's a few more passes, each time refining the timing, arcs of motion, then focusing on perspective, proportions and making sure the character is on model but without losing the energy of the earlier roughs.

Once happy, the line work is cleaned, the colours are filled in and all elements are exported separately into After Effects, so subtle effects can be added such as texture on the linework or glow and heat ripple on the flames.

Giedre: Freddie asked me to work up a character design after showing me his first pass of animation. It was good because we already knew the actions the character had to perform so I could make the design as animation-friendly as possible.

I decided on a high contrast colour palette and bold, simple shapes with exaggerated proportion. The background was designed in a way to compliment the motion of the character and make her really pop against it.

You can check out the breakdown video below:

Will you be expanding on the clip or was this a one-off project?

Freddie: For now it is a one off. I want to create a whole bunch of varied short scenes, just letting loose and exploring different characters and environments. But maybe one day we’ll find out where she is flying off to…

And there you have it! Thanks Freddie & Giedre - we'll be keeping our eyes peeled for more!