Gilbert and Allie is in Development! #NewShow

We are thrilled to announce that Brown Bag Films is partnering with Cyber Group Studios to develop our new show “Gilbert and Allie”, a CGI series for kids aged six to ten.

Created by our very own Bronagh O’Hanlon, “Gilbert and Allie” is an odd-couple supernatural comedy about the sparks and spells that fly when a teenage girl who just wants to be popular discovers she has extraordinary powers. Unfortunately, those powers can only be harnessed in partnership with an ancient and extremely grumpy magical rabbit who just wants to retire. Gilbert and Allie are both allergic to each other, but together they are magic.

”Brown Bag Films is focused on developing our own original projects together with high end service work, and ”Gilbert & Allie” has been developed by our in-house team. We are excited to join forces with Cyber Group Studios with whom we share a similar dedication to creative and technological quality and producing projects we really love! ”

“We have loved this project from the start, the series contains that extra element of craziness that makes great comedies and will appeal to children worldwide who will be able to relate to Allie and her friends. And we are thrilled to ally ourselves to Brown Bag Films, who have over the years brought to life so many worldwide animated hit series.” 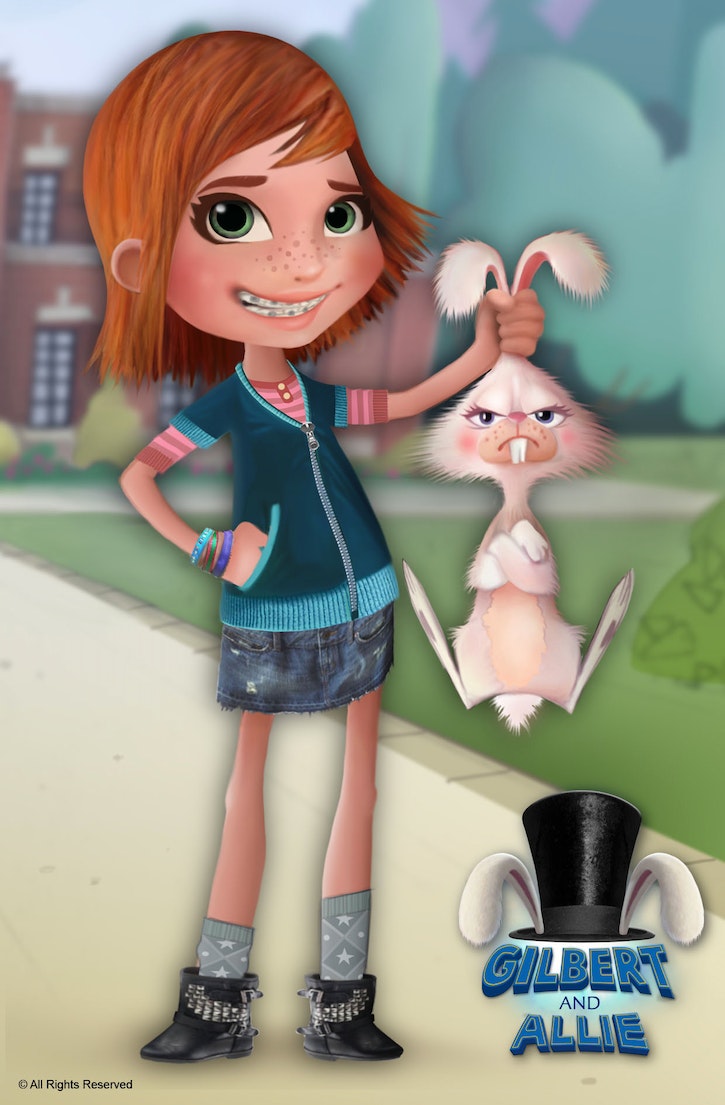 “Gilbert and Allie” is in full development in Dublin and Paris with a literary and graphic bible available and scripts underway. An animated trailer of the series will be presented at the upcoming Kidscreen Summit in February 2015.

We are looking forward to sharing more from Gilbert and Allie very soon!