◄
Previous:
Watch Our All About Hygiene #Playlist
Next:
Songs Your Kids Will Love! #Playlist
►

Being confined to your home doesn't mean you have to miss out on some of the finer things in life, on the contrary in fact. We have done some research and compiled a selection of some of the best online virtual tours of the World's Most Exquisite Museums and Galleries! Jump in and take a trip with us! 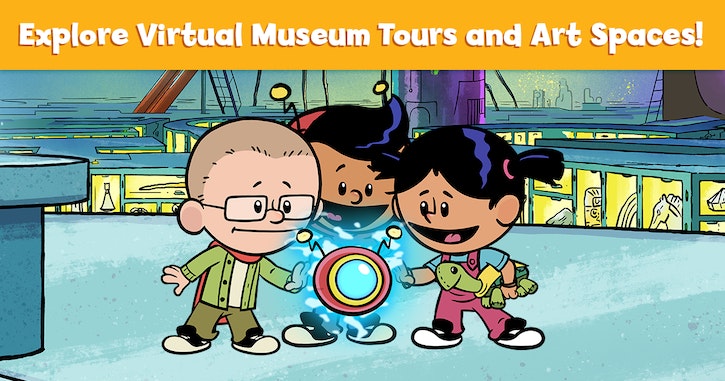 We start our tour in Los Angeles with the J.Paul Getty Museum. This museum has everything a budding artist could wish for, with works from Vincent Van Gogh and Claude Manet. You can also check out heaps of content, blogs, and podcasts from behind the scenes at the Getty, here. 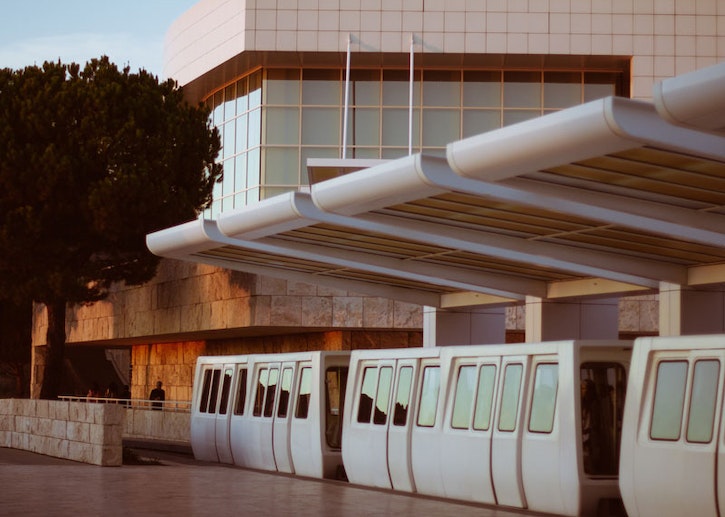 The Metropolitan Museum of Art

We're going to do a quick stop off in New York now, and pop into The Met, of course. The Met Gala may have been canceled this year but you can still get a chance to have a look around this world-famous space!

Take a leisurely stroll through the halls and feast your eyes on the plentiful exhibits and galleries, taking a closer look at some of the key objects of sculptural and ornamental beauty—all in 360. 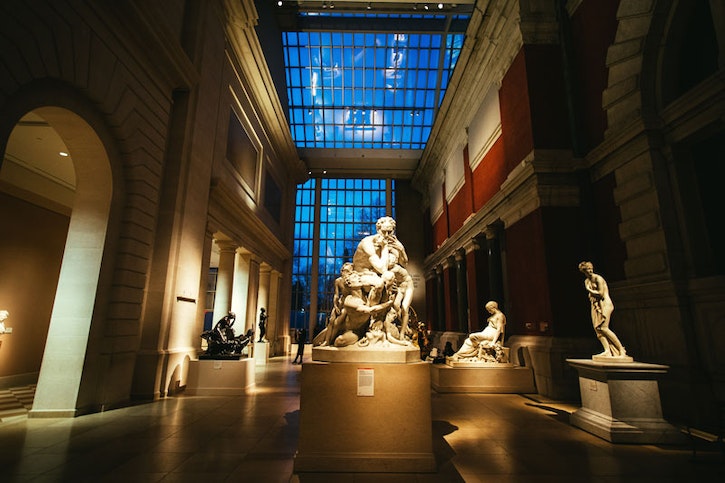 Next up, we hit Canada and drop by The Royal Ontario Museum, home to a world-class collection of 13 million artworks, cultural objects, and natural history specimens, featured in 40 gallery and exhibition spaces, their online database features over 46,500 individual pieces!

Take you time and enjoy the beautifully curated collections and stunning photo galleries. 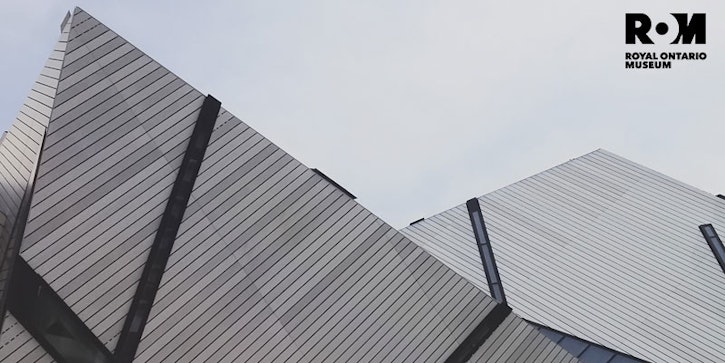 Located in the town of Figueres in Catalonia, Spain, the Dalí Theatre-Museum is completely dedicated to the artwork of Salvador Dalí. It features many rooms and exhibits surrounding every era of Dalí’s life and career, and the artist himself is buried here.

We find time melts as we explore this truly stunning space! 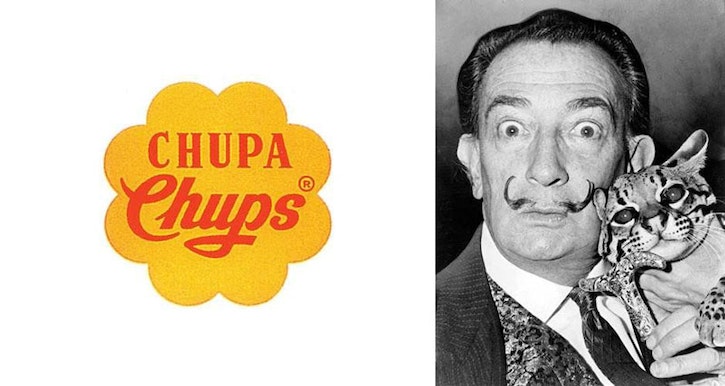 Our next stop is the Guggenheim, Bilbao, one of the world's most iconic and distinctive buildings designed by Frank Gehry. Being a virtual tourist has its perks, as you can slip under the velvet rope and check out the stunning views from the top of the museum!

Inside is just as spectacular, where you can check out work by Andy Warhol and Jean-Michel Basquiat. So, whether architecture is your bag or you just want to see some awesome pieces of art we can't recommend the Guggenheim highly enough. 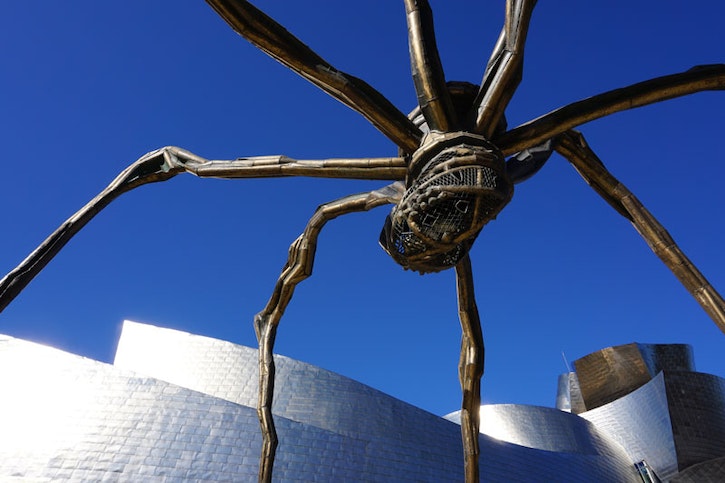 Is any museum tour complete without a stop at the Louvre in Paris? We think not!

Visit the museum's exhibition rooms and galleries, contemplate the façades of the Louvre. Wander through the many halls and discover artworks from Delacroix, Rembrandt, Tintoretto to name but a few! Pop by the east side of the Sully wing to view the Egyptian Antiquities collection or gaze up at the glorious ceilings of the recently restored Galerie d'Apollon. 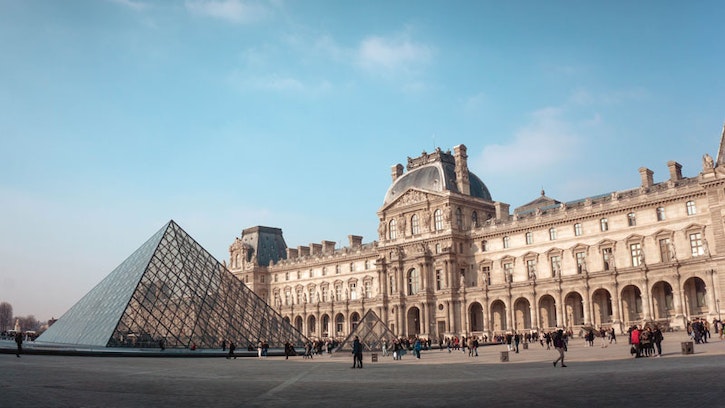 The Van Gogh Museum's virtual tour lets you get up close and personal with these gorgeous works of art!

Embrace the tranquility of the space and take your time as you wander through swirling landscapes and still lifes. And perhaps afterwards check out the animated hit 'Loving Vincent'! 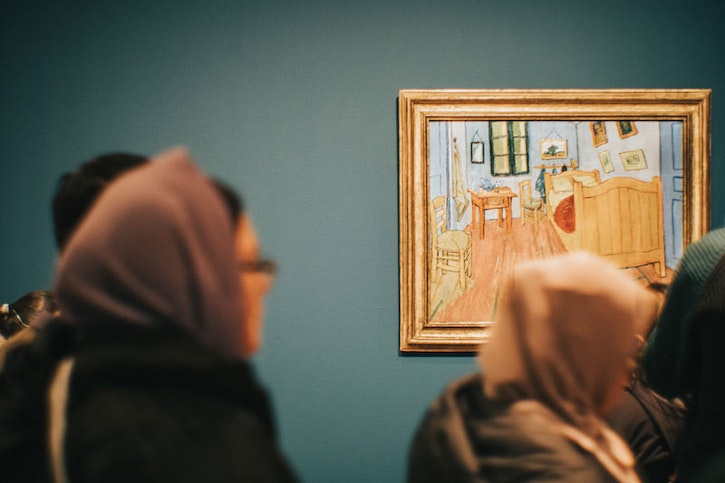 The Sistine Chapel, St. Peter's Basilica, and Raphael's Room, are just some of the sites you can see on this amazing virtual tour.

A feast for the eyes, you'll certainly need to take your time with this one as every corner, from top to bottom features a sight to behold. 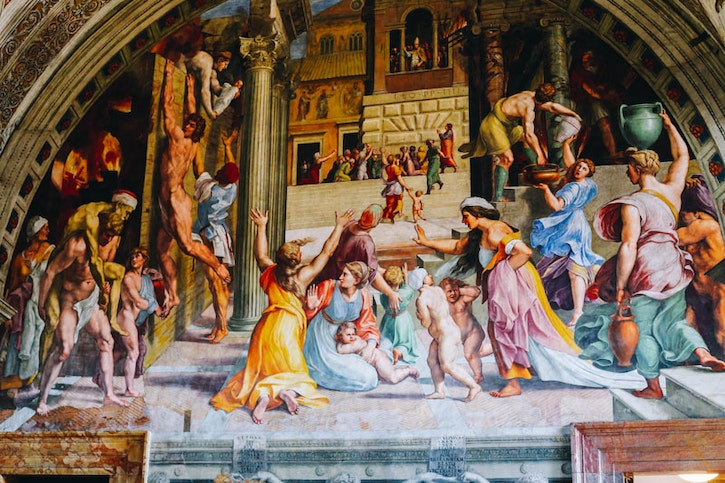 Our next visit takes us on a voyage back in time where we discover all the amazing things that the London Natural History Museum has to offer!

This is a fantastic experience and allows you to explore the Origins of the Solar System, The Theory of Evolution, Early Natural History, and Human Origins. There is so much to learn, and for people of all ages, whether you are interested in the cosmos or fancy yourself as a bit of an anthropologist, this site will have you hooked in no time. Keep your sketchpad and pencil handy and do some doodles as you wander through. 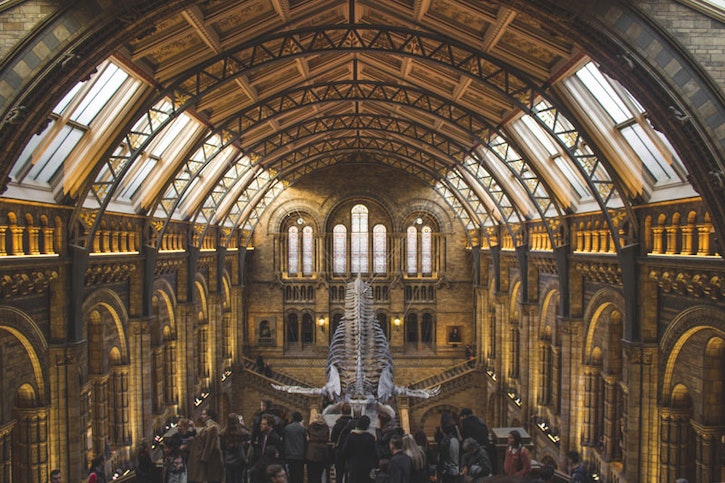 We stay in London for our next stop and visit The British Museum. This amazing site lets viewers find the Rosetta Stone, Egyptian mummies, and other ancient wonders.

The museum’s interactive infographic platform, History Connected, goes into further depth on various objects with curators, along a timeline. It is amazing and one we recommend you check out for yourselves to see all it has to offer, you won't be disappointed.

There is also a virtual tour - if you take this don't forget to look up and see the astonishing glass roof covering the museum. 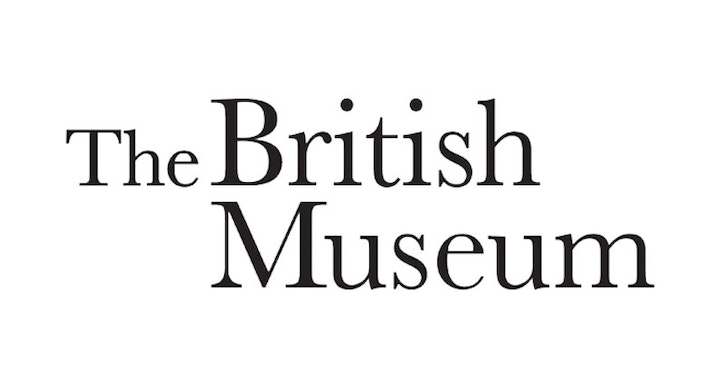 While in London, we'll pop into the Tate Britain, of course! An art museum on Millbank in the City of Westminster in London, the Tate Britain is part of the Tate network of galleries in England, with Tate Modern, Tate Liverpool, and Tate St Ives. It is the oldest gallery in the network, having opened in 1897 and houses a substantial collection of the art of the UK since Tudor times, and in particular has large holdings of the works of J. M. W. Turner, who bequeathed all his own collection to the nation. 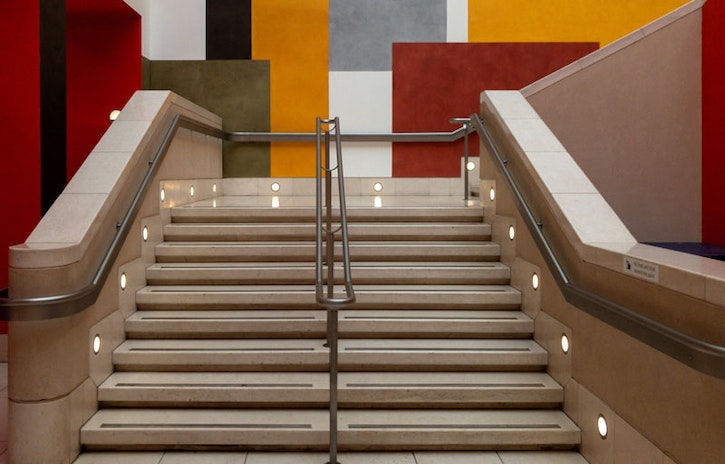 We'll pop over to Manchester now and explore the Manchester Art Gallery's collection of over 25,000 objects of fine art, decorative art, and costume, developed over 200 years! Keep your sketchpad and pencil handy for this one and doodle away as you explore these sumptuous pieces.

We'll jump over to Dublin now and explore the wonders of the National Gallery of Ireland's collection. Take a leisurely stroll around their beautiful galleries from the comfort of your own home in the first in a series of virtual tours.

You can view this tour in VR if you have Google Cardboard or Samsung VR. Just click the VR icon in the lower right corner when you are in the rooms. 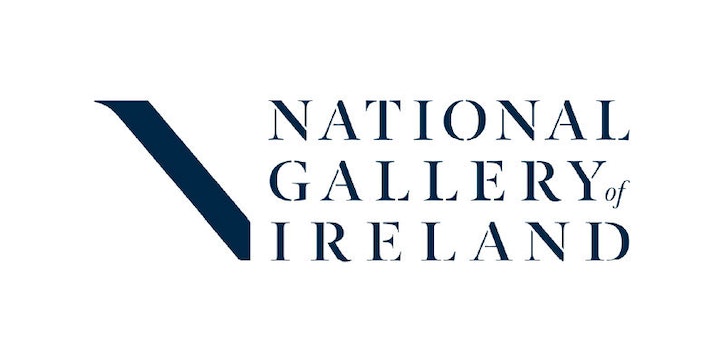 The MMCA, Korea has lived through the history of Korean art and established itself as a representative institution of Korean modern art. Whether you're a fan of modern art or not, these beautifully curated collections will leave you nothing short of inspired and hungry for more! 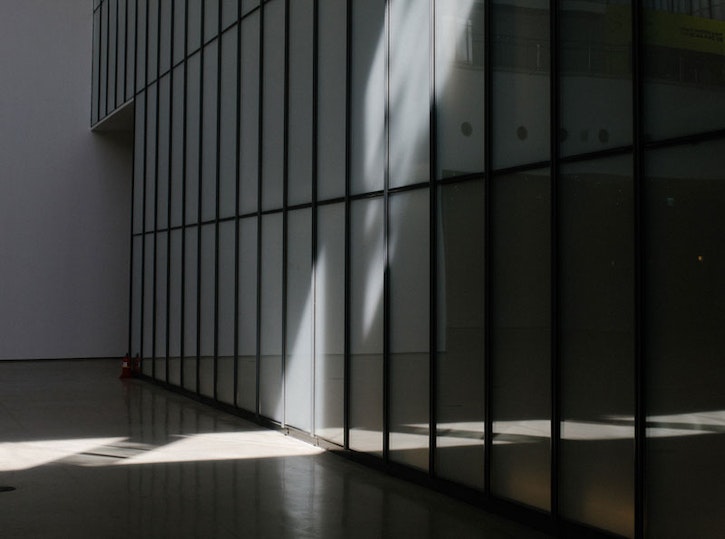 The last stop on our tour takes us to São Paulo, Brazil and to The Museu de Arte. We love this place and we especially love their Virtual Collection Tour where you get to view all their works spanning from the 14th to the 20th Century.

The tour has some amazing renaissance pieces which are displayed on glass plinths making them seem to float in mid-air right in front of you! 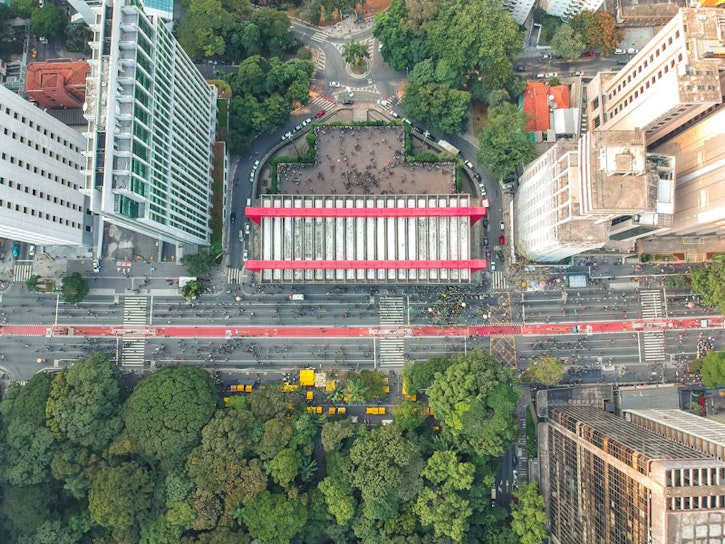 So, there you have it! You don't need to leave your couch to get all the Culture, Art and History you can handle.

We really enjoyed these Galleries and Museums and hope you did too. If you have any you would like to recommend please let us know in the comments below so we can check them out too!