We're thrilled to announce that we have begun production on Eureka!, a new homegrown animated series about a talented young inventor living in the fantastical prehistoric world of Rocky Falls, in association with Disney Junior. 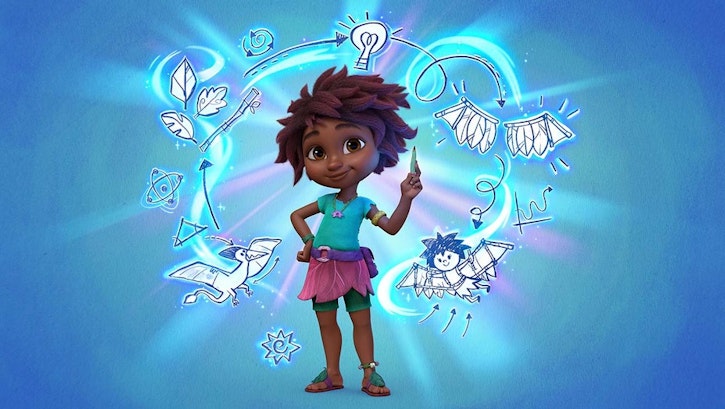 Eureka! tells the story of a young girl inventor who is way ahead of her time. Utilizing creative out-of-the-box thinking, she designs inventions and contraptions in the hopes of making the world a better place and moving her prehistoric community into a more modern era. With the help of her supportive parents, teacher, best friends — Pepper and Barry — and beloved pet mammoth Murphy, Eureka is learning to embrace that she is not ordinary — she's extraordinary.

“Eureka is an inspiring young girl with a big imagination and even bigger heart. Through her creative inventions and friendships, she brings her prehistoric town together and helps others learn to look at the world from different perspectives. We like to think of her as our very first Disney Imagineer.”

“It's so great to be doing another groundbreaking Disney Junior show with Brown Bag Films! The series greenlight was helped immensely by the brilliant work behind the scenes on our initial animation test, and the confidence Disney has shown is a great credit to our collective work with them on Vampirina, Henry Hugglemonster and Doc McStuffins. We are really proud that 'Eureka!' showcases that inventing, creativity, and imagination really can change the world. We're looking forward to making an amazing series with the Brown Bag team!”

Read more about the Eureka! series announcement via the Hollywood Reporter.

Eureka! will debut later this year on Disney Junior, so stay posted for more updates!