We are thrilled to share that the stunning new animated series Dylan, recently greenlit by WarnerMedia Kids & Family, is being produced at our Brown Bag Films studio in Toronto!

The CBC original series—developed by our family at 9 Story Media Group—is headed to Cartoonito’s preschool slate, along with three other animated acquisitions: 'Odo', 'Pocoyo', and our good friend 'Bing!' The growing roster joins previously announced series Batwheels, Little Ellen, multiple forthcoming projects from best-selling children’s book author Mo Willems, and more, that will be available on the upcoming preschool programming block launching this fall on HBO Max and Cartoon Network. 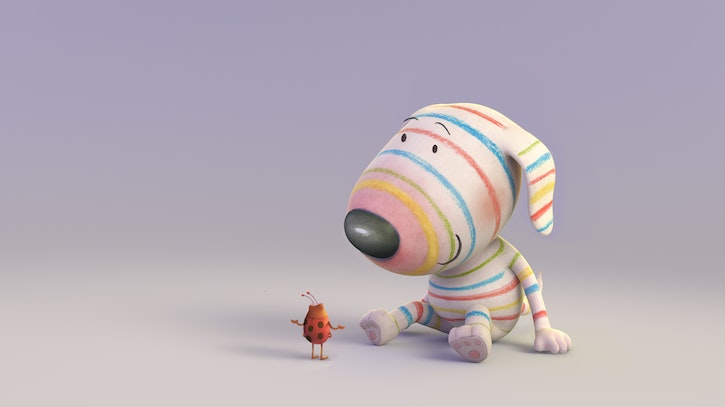 Dylan – Based on the book series by bestselling illustrator/author Guy Parker-Rees, Dylan is a CG animated interactive comedy about a highly imaginative, multi-colored striped dog who is eager to play pretend every career, from a train conductor to a nurse to an astronaut. With just some basic props and some great friends, Dylan transforms the ordinary into the extraordinary, jumping feet first into every adventure that comes his way. Fueled by creativity, Dylan models best of play and improv leading to wildly original escapades that empower and encourage kids to trust their hearts, imaginations and each other.

We can't wait to unleash this brilliant new series to the world!