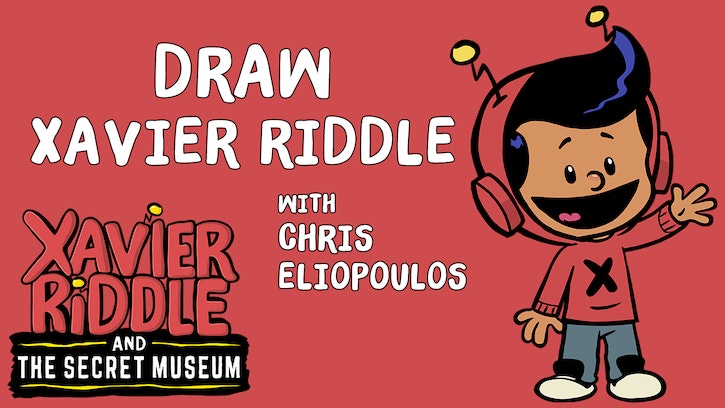 Ready for adventure? Because we are back in action with another Xavier Riddle and the Secret Museum Draw Along!

Last time we got to know Brad, Xavier's best buddy, up close and personal with Xavier Riddle co-creator Christopher Eliopoulos. If you haven't joined our time travelling friends in the Secret Museum yet, you should know that Xavier Riddle and the Secret Museum is a comedy-driven animated-adventure, based on Chris and Brad Meltzer's best-selling kid's book series, Ordinary People Change the World. In the show, we follow the adventures of Xavier, Yadina, and Brad, as they travel back in time to meet famous heroes from the past and learn how to be their own heroes in the present!

So without further ado, it's time to grab your pen and paper and check out the video below to learn how to draw the Xavier with the one and only Christopher Eliopoulos!