◄
Previous:
The beast is back!
Next:
Getting to grips with Clumsy Ninja
►

Digital Biscuit kicks off later this week and we'll be there in force with our Head of Technology, Brian Gilmore, and some of the team working live at the conference.

Amongst the highlights over the two days we're excited to see the latest updates on Cartoon Saloon's Song of the Sea, with Tomm Moore lifting the hood on their newest feature, catching The Einstein Couple at work/play and seeing Aftermath!

And if that wasn't enough… Friday see's Dublin Film Festival Director Grainne Humphrey's drop her Ones to Watch in 2014 list, Andy Clarke of Windmill Lane talking up a VFX storm and Deadwood, The Sopranos's, Game of Thrones and Boardwalk Empire Director Alan Taylor. 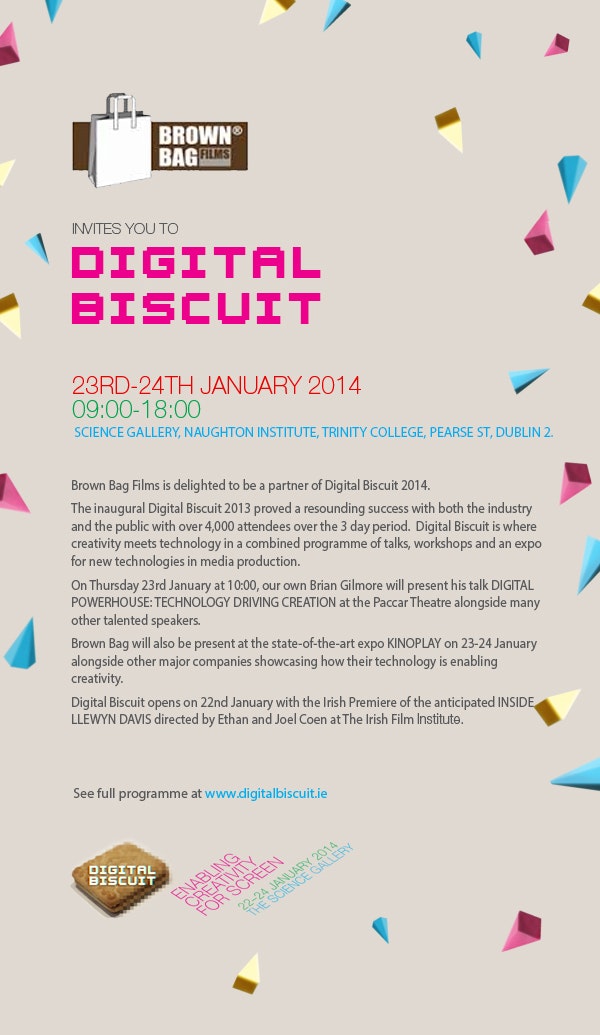