This week's #FanArt comes from our Toronto-based Storyboard Revisionist, David Fernandez, inspired by the character design of Baldur in God of War to the Norse god because of his intricate tattoos. We think a few of the artists in our studio could give Baldur a run for his money!

David: I'm fascinated by Norse mythology and the great heroes and gods that within the Eddas.

After seeing the rendition of Baldur, the Aesir God of Light, from “God of War”, .

He's ragged and fierce, much like how I imagine an actual Norse warrior would have been. However, what really grabbed me about his design were his tattoos, which are all beautiful and intricate, each of them a story within themselves.

Also, what better way to experiment with light effects than to paint the God of Light himself! 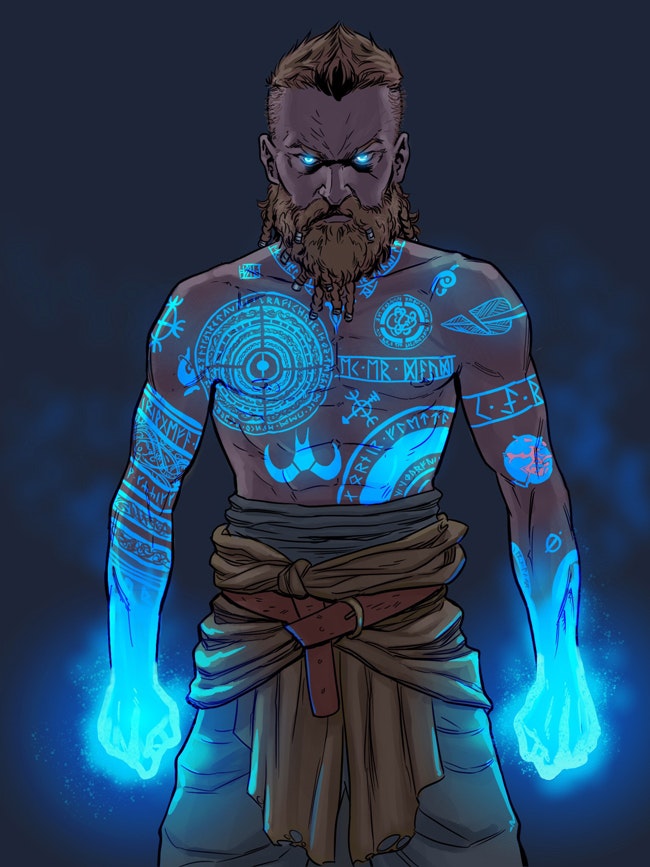