The BAFTA Children's Awards has announced the nominations for this year today - with TWO Brown Bag Films productions up for awards!

Bing is in the running for Best Preschool: Animation - up against Dinopaws, Postman Pat and the Rubber Duck Race and Sarah & Duck!

And Doc McStuffins is in the running for Best International - up against Adventure Time, Spongebob Squarepants and Teenage Mutant Ninja Turtles! 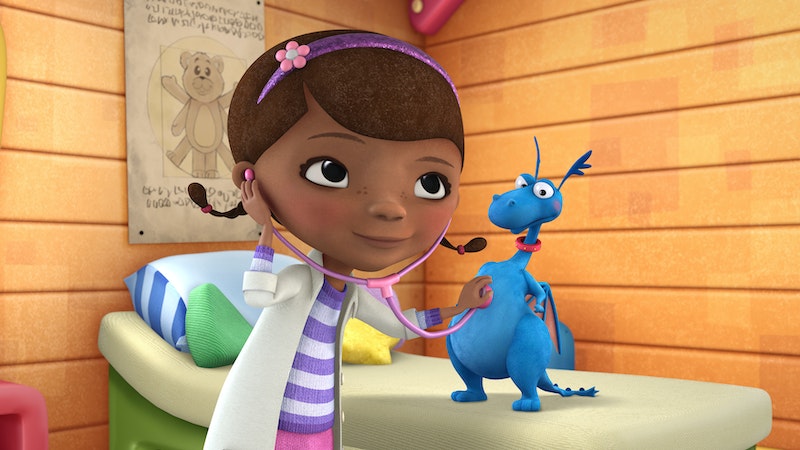 “The BAFTA nomination is a lovely recognition for the team to receive. We’re all incredibly proud of the show, and really love these characters; it’s been a privilege for us to play a role in bringing them to life. We have really pushed ourselves and our commitment to quality on Bing, and I think it shows. It’s great that Bing’s out in the world now and being loved by children, and the nomination is icing on the cake.”

“We are delighted to be nominated! Here in our Dublin studio we make sure that the heartfelt “Doc” stories are translated into 3D with lots of energy, humour and sensitivity. The most rewarding part of our jobs is knowing that we’re touching our audience, and we love hearing stories on how Doc McStuffins has changed a kids world! The BAFTA nomination is a great recognition from the industry and it means a lot to us.”

“This is a huge endorsement of the teams who worked so hard to achieve such high quality work.  We are immensely proud to be recognised by BAFTA with these nominations.”

We're absolutely thrilled to be in the running with such great nominees!

The winners of the BAFTA Children's Awards will be announced on November 23rd, 2014.

You can see the full list of nominations for this year's BAFTA Children's Awards here.