GOGGLES UP AND PARTY HATS ON!

We are thrilled to share that the 2022 Annie Award for Best Animated TV/Media Production for Preschool Children went to Ada Twist, Scientist for the episode: Twelve Angry Birds. 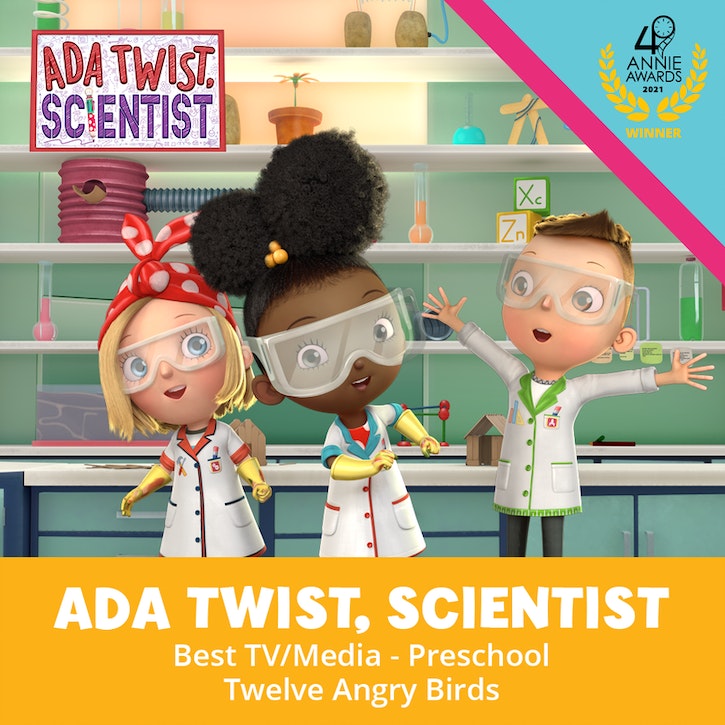 Now streaming on Netflix, Ada Twist, Scientist is based on the best-selling children's book series by author Andrea Beaty and illustrator David Roberts. The series follows the adventures of 8-year-old Ada Twist, a pint-sized scientist with a giant-sized curiosity, who aspires to discover the truth about absolutely everything.

A BIG and BRILLIANT congratulations to Team Twist who brought this series to life, including Chris Nee, the Obamas’ Higher Ground Productions, and our INCREDIBLE Ada Twist crew!

And we would also love to extend an added shout-out to showrunner Kerri Grant and Brown Bag’s own Jean Herlihy who directed the series.

A round of applause to all this year's recipients. Click here to view a full list of the 2022 award winners! Video highlights of the Annie Awards ceremony will be uploaded to the organization's website in the next few days.