The 2022 WGC Screenwriting Awards finalists were announced this March and we are delighted to share that writer Charles Johnston was nominated in the Children's Category for Xavier Riddle and the Secret Museum, “I am Temple Grandin”. 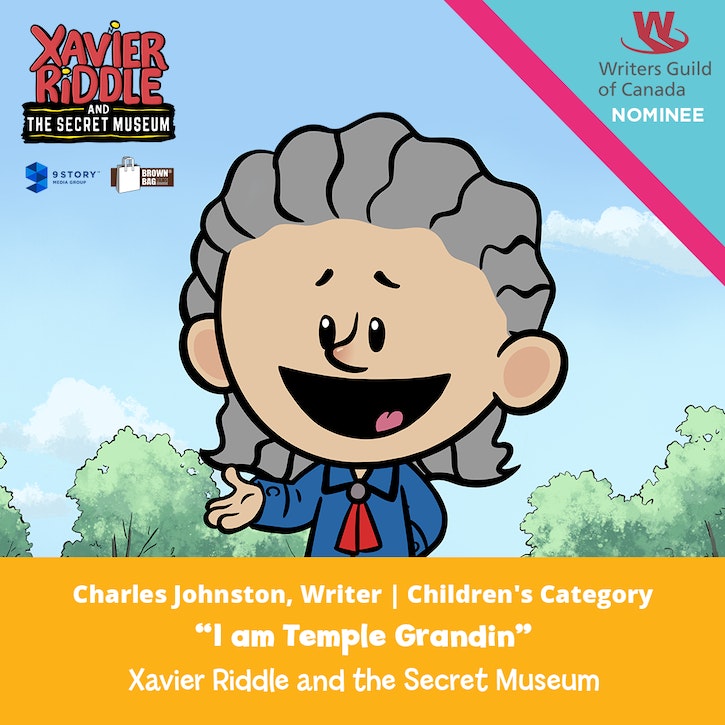 This marks the third consecutive WGC Screenwriting Awards nomination for Xavier Riddle and the Secret Museum. The first was awarded in 2020 to Jennifer Daley for her writing on the episode “I am Johann Sebastian Bach”, and in 2021 Desmond Sargeant & Meghan Read were nominated for their writing work on the show's “I am Harriet Tubman” episode.

Xavier Riddle and the Secret Museum is an animated adventure-comedy based on Brad Meltzer and Chris Eliopoulos’ best-selling kids book series, Ordinary People Change the World. Produced by 9 Story Media Group and Brown Bag Films, the show follows the adventures of Xavier, Yadina, and Brad, as they travel back in time to meet famous heroes of the past and learn how to be their own heroes of the present!

The WGC Screenwriting Awards will recognize and celebrate Canadian screenwriters and their scripts at a virtual ceremony on April 25, 2022. Details on the ceremony, including registration, will be posted soon to wgc.ca.

Congratulations to all this year’s award finalists!