Saturday, 22nd of October, saw Brown Bag Films' Director of Development Jennie Stacey, CEO of the Geena Davis Institute Madeline Di Nonno and award-winning Director Dearbhla Walsh take part in a panel discussion moderated by Irish film and television actress, Ger Ryan as part of the Women in Film and Television Ireland Innovators event. We discussed some of the highlights of the first half of the event in our Women in Film and Television Ireland Innovators recap blog post and now we're back with some more highlights and a recap of the second half of the session which included the panel discussion and Q&A segment! 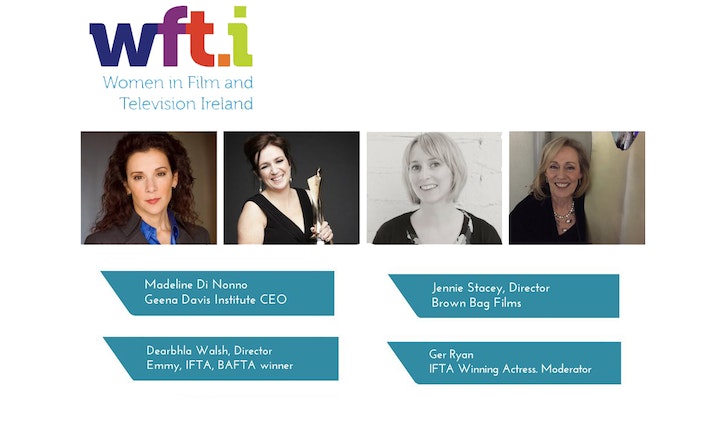 One of the most important discussions in the event as a whole was the impact of our generation’s media consumption on the audience, especially young children, and how they feel themselves represented on screen. Director of Development here at Brown Bag, Jennie Stacey, talked about Doc McStuffins, one of our biggest shows currently airing on Disney and the positive effects it has had on young girls and boys alike. The lead character, Doc McStuffins, is a young, African-American girl, who’s also a doctor of toys and stuffed animals in her own little playhouse. Her character is very distinguished from others in mainstream media, and very unique in certain ways. Jennie highlighted just a few of the major impacts of the show from the We Are Doc McStuffins movement spearheaded by Dr. Myiesha Taylor which led to the formation of the Artemis Medical Society for female African-American physicians to Doc McStuffins' visit to Washington where the First Lady Michelle Obama makes a guest appearance, appointing Doc as the official “toy doctor” for the White House!

“The impact was immediate. We started seeing it on social media as soon as it was on screen.” - Jennie Stacey. “It has just been incredible in terms of having representation for small, African-American children to look at - even simple things like “She has hair like mine… I don’t have straight blonde hair - very simple things like that are so important for young children. And that was an eye-opener for us.” 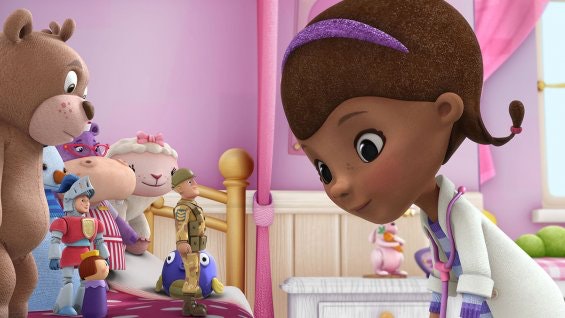 The panel also discussed the importance of having women in the industry, noting how film and television can sometimes be an isolating area for women, with a strong unconscious bias that has become the status quo.

“When you really look at the data… it boils down to, okay, it’s not necessarily the image we want our daughters and granddaughters to be soaking in. And it’s not particularly a healthy image.” - Ger Ryan

Dearbhla Walsh, who has recently directed two episodes for hit TV Series Penny Dreadful and has just finished a series of The Collection for Amazon, is about to direct Marvel's The Punisher for Netflix. She discussed how she uses her position to help influence a more balanced gender distribution and advises women to put themselves forward for roles outside their comfort zone and make choices that aren't obvious or predictable.

“I'm really scared stiff but looking forward to what the experience of working with Marvel will be like. And working in a world, they are male characters and there are obviously female characters as well but the main protagonist is [male], and I said to the producer “I think you're picking the wrong director for this, I don't think I'm the right person at all and he said “Oh no, you're exactly the right person, we're looking for drama not action.” And so, it will be interesting and also the power I'll have as a director in terms of influencing what that show will feel like.”

Following the presentation by Madeline Di Nonno, of the data collated by the Geena Davis Institute, which show the skewed gender distribution both on and off screen, (a full summary of the findings can be found on the Geena Davis Institute website here), the panelists discussed how further progress can be made by rigorous and continuous checking and balancing on a production, of the characters and the crew, to help battle and counteract the existing unconscious bias.

The panelists highlighted how a step toward changing this state for more females, both on and off screen, is for them to pitch themselves and their ideas with confidence. Here's some of their advice:

“Act confident and you will come across confident even if you don’t believe it… Women have to learn how to pitch better. For students, it’s about confidence. It’s a number’s game, going for every job, whether they have the experience or not and it’s being very confident in how they pitch themselves. It’s one thing to learn the art of the craft, it’s a very different thing on how you present yourself.” - Madeline Di Nonno

“It is about taking a chance. Everybody can do the job. And it’s not just the job description itself but finding your voice within the job. It’s about your sensibility and presenting that with confidence… Have confidence about what your voice is and that your voice matters.” - Dearbhla Walsh

In terms of networking, we'd like to highlight Women in Animation Ireland, Women in Film and Television Ireland and Waking the Feminists, for anyone looking to keep posted on news and upcoming events for women in the arts and entertainment industry.

We’re also very happy to let you know that the whole event has been recorded as a podcast which you can listen to below: