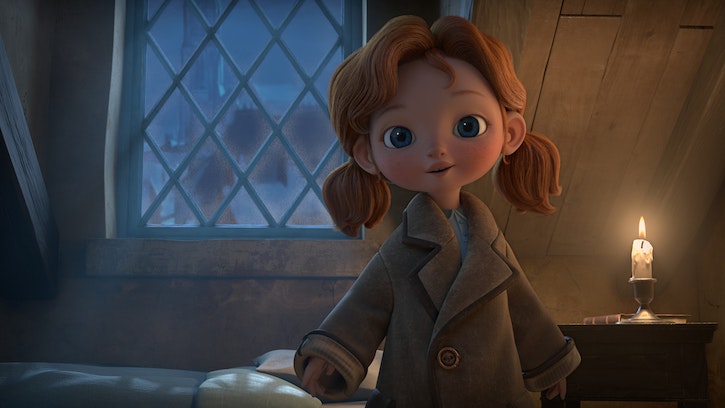 The half hour CG film is based on Frank McCourt’s only children’s book, inspired by a story his mother Angela told him as a child. McCourt won the Pulitzer Prize for his best-selling memoir, Angela’s Ashes.

The film stars Oscar nominated Ruth Negga (Loving, Preacher) in the role of Angela’s mother, and Lucy O’Connell (Oscar nominated Song of the Sea) as Angela. The film is written by Will Collins (Song of the Sea, Wolfwalkers) and Damien O’Connor (Anya, Doc McStuffins), and directed by Damien O’Connor. Ellen McCourt, Frank’s widow, serves as an Executive Producer on the project and Malachy McCourt (Brewster’s Millions, The January Man, One Life to Live), Frank McCourt’s brother, and Irish-American actor, writer and politician, provides the narration. 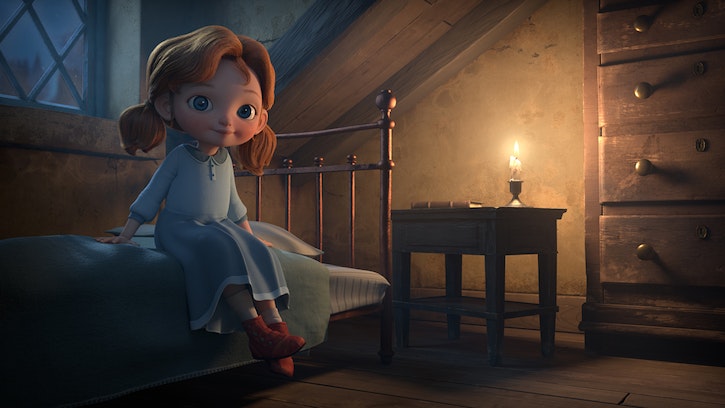 The special is currently in early stages of animation and final lighting and is expected to wrap in early November. CG production is taking place at two-time Oscar nominated Brown Bag Films’ Dublin based studio. 9 Story Distribution International is handling worldwide distribution. 'Angela's Christmas' was developed with the support of the Irish Film Board and produced with the support of the Broadcasting Authority of Ireland and RTE.

“I am so thrilled to see this beloved story come to life as an animated film,” said Ellen McCourt. “Brown Bag Films’ unparalleled artistry in animation, combined with their Irish roots make them the perfect partner to tell Frank’s children’s classic in a new way.”

“Angela’s Christmas is such a special story,” said Darragh O’Connell, Creative Director, Brown Bag Films. “McCourt has a way of capturing the mind of young Angela that will have you laughing and crying. The story lends itself beautifully to animation and we are so excited to share this with audiences around the world.”