Offset is a three day creative event that brings 24 Irish and international speakers to Dublin. Some people talk about how they got their break in the industry. Others talk about process, inspiration, or how a single image or piece was created from start to finish. Most start by explaining how they failed many many times before getting it right.

The common denominator is that these are people who are passionate about what they do. The three days are divided by the hour between the large auditorium talks and the more intimate setting of the Second Room interview area (means you can stalk your favourite speakers up close, ask questions and pump them for feedback on your work if you want). There is overlap and inevitably you will have to make choices, like taking a chance on a small Danish graphic design company talk versus harassing Vaughan Oliver about what the Pixies were really like in a Q&A session. Some of the best talks I attended last year I had wandered into without knowing anything about them in advance.

Offset inspired me to start drawing again, during the days I started doing blind drawings of speakers in the up close interview area and followed with evening life drawing classes. It inspired me to help pitch a short film idea for funding. I bought lots of pretty books on subjects I wasn’t interested in before.

Go to it with an open mind!

You may not like every speaker, but the ones you do, you will probably love.  The ones you don’t, hopefully you will have learned something from, even if it's ‘I can do better than that’.

JUST SOME HIGHLIGHTS FROM 2013

Ben Newman – I fell a little bit in love with him during his intro where he hula hooped to Van Halen. He spoke about balancing commercial and personal work, as well as a fascinating step by step process on some of his work. (It’s not magic but it may as well be.)

Our very own Niamh Sharkey! I am so familiar with her picture books, Hugglemonsters in particular, it was great to see and hear about some of her other work.  She spoke about the process of translating her book ‘I’m a Happy Hugglewug’ into a TV series with Disney and Brown Bag Films, seriously inspiring for young illustrators in the audience.

Oliviero Toscani – The photographer behind the controversial Benetton ads of the 90’s.  He was brutally honest, unapologetic, politically incorrect and fascinating to listen to.

Vaughan Oliver – His auditorium talk was unexpectedly funny, a consummate showman on stage. It was filled with great stories of working with musical legends like the Pixies and the high life of London in the early 90’s. His Second Room interview afterwards showed a more subdued side where he spoke honestly about failed business ventures and depression in the industry.

Ji Lee – His Word as Image project will make you look at words in a new way! His professional career in Google and Facebook seem to be at odds with his personal projects like The Bubble Project which was about giving the average consumer on the street power over advertising. It was interesting to hear his take on life inside two of the biggest companies in the world and their reactions to his personal work.

Hvass and Hannibal – Gym Project.  They laughed their way through explaining the idea behind this project - a client had offered them the space as an ‘exhibition’ and told them they could do whatever they wanted. When they arrived to view it, they realised they were basically being asked to decorate this person’s gym (a former slaughter house) for free. The owner thought he was going to get some beautiful free works of art based on their previous work, the finished project was not exactly what he was hoping for to inspire his gym members.

Brown Bag Films - I am looking forward to seeing the crowd’s reaction to the new stuff we have been working so hard on in studio!

Milton Glaser – Logo genius! The man that created the iconic I ♥ NY  and more recently, the Brooklyn Brewery logo. There will be an exclusive interview shown at Offset this year, filmed in New York.

Maser – Irish graffiti artist, best known for his distinctive lettering around Dublin. He has also covered an abandoned, run-down petrol station in Limerick in stripes! 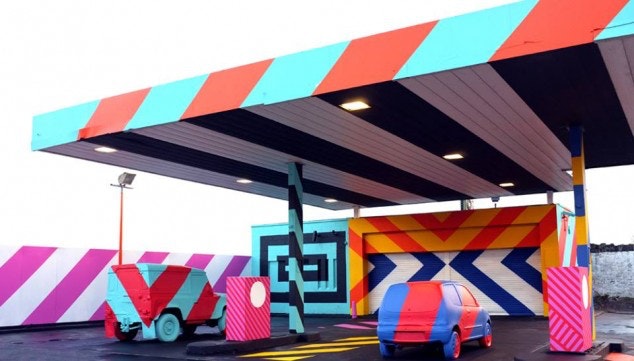 Richard Mosse – known for his stark war photography. The images are enhanced so that it appears that young soldiers are stalking through bright pink grass under purple skies with AK 47’s. 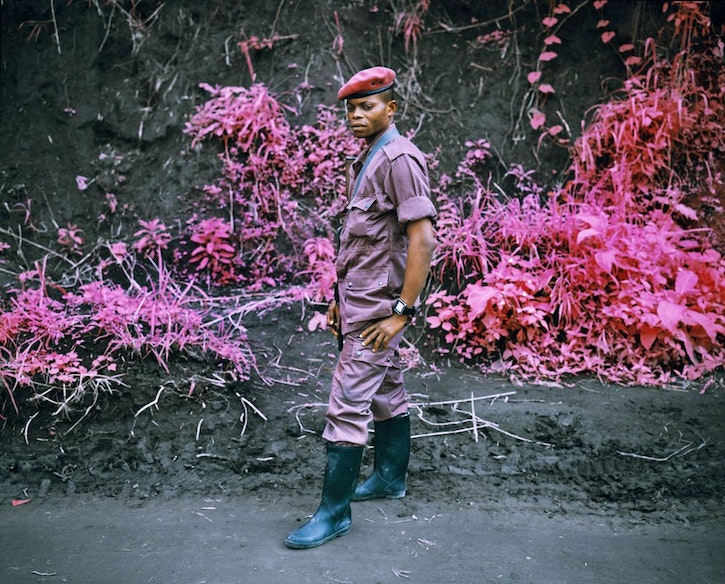 Lisa is Production Manager on Doc McStuffins and occasional biscuit-thief.