In case you missed it OR you just want to watch the fun all over again, you can view the Macy’s Thanksgiving Day Parade on YouTube and check out some of our favourite moments and highlights below!

Hey West Coast! The fun may have ended in NYC, but tune in to @NBC *now* to get all the action from the 95th #MacysParade! pic.twitter.com/qhQbWDxAkT

The Ada Twist, Scientist balloon was one of four brand new additions to the Parade's giant balloon line-up this year! Doesn't she look spectacular?

Fun Fact: The Ada Twist, Scientist Parade balloon is as tall as a 4 story building, as long as 7 bicycles and as wide as 6 taxi cabs!

Brainstorm! Brainstorm! �� Ada Twist, Scientist is taking a break from her lab to join us at the #MacysParade. @netflixfamily pic.twitter.com/aHICfVm9QF

So thrilled that Ada Twist, Scientist made her debut in the Thanksgiving Day Parade! This brainy little girl is teaching young viewers how important it is to be curious, and how anyone can be a scientist—no matter their age or background. pic.twitter.com/Nn7t7ubfSN

Just saw Ada Twist, Scientist in the #MacysParade
Thank you @andreabeaty for making #STEM exciting for every kid! pic.twitter.com/yMC2zGDDNG

Fun Fact: Blue has been marking clues in the Parade since 1999! She's been both a balloon and a float. 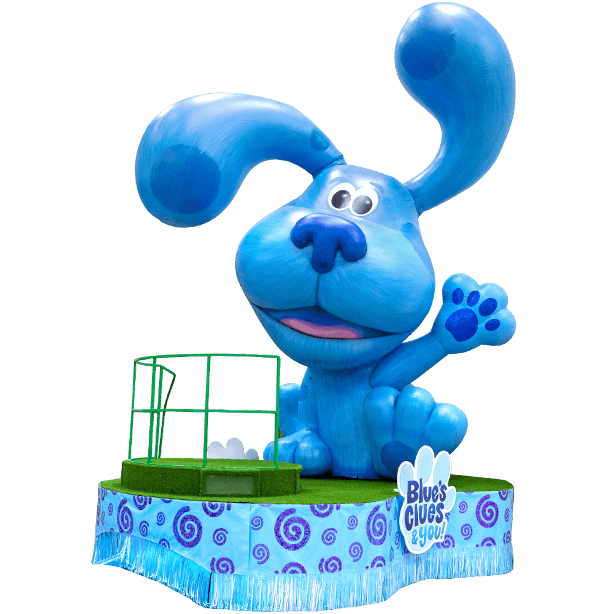 See anyone familiar? �� @BluesCluesYou is marching down the #MacysParade route with some old and new friends! pic.twitter.com/u6CDaF0FlI

Having a blast with our Nick Jr friends at the @Macy’s Thanksgiving Day Parade!

Joe, Josh, and Steve on the Blue's Clues float �� pic.twitter.com/ApqQdXycUg

Hope everyone who turned up to the Parade had a great time and hope you all enjoyed revisiting some of the highlights with us!