We are thrilled to share that we are working on Sago Mini Friends, a new preschool animated series from Apple TV+ based on the charming characters and artful designs featured in the award-winning Sago Mini World app, developed by Sago Mini. This playful new series that celebrates gratitude and kindness is produced by Daytime Emmy Award-nominated Spin Master Entertainment and is animated here at Brown Bag Films, in our world-class Toronto studio, best known for animating such beloved hits like Daniel Tiger’s Neighborhood, Blue’s Clues & You!, and Wild Kratts.

The Sago Mini Friends series is an adorable nod to gratitude featuring Harvey the floppy-eared dog and his best friends, Jinja the cat, Jack the rabbit, and Robin the bird. Along with a unique cast of residents as colorful as their own whimsical world, the four friends play, explore, imagine and celebrate daily in their joyful town of Sagoville. In each episode, Harvey and all his friends express their true thankfulness for all things, big and small, through optimism, kindness, preschool-friendly humor and unforgettable original songs! 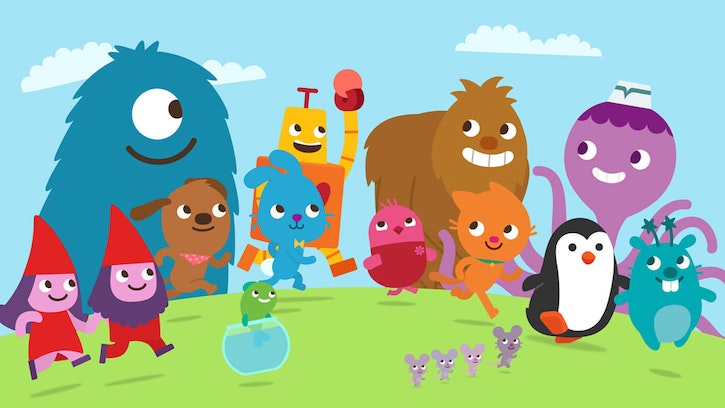 The series is based on the wildly popular Sago Mini World app features over 40 games for kids ages 2-5 years old and has been recognized by the Parents’ Choice Gold Awards, the Webby Awards, the Academics’ Choice Awards and the Kidscreen Awards. Sago Mini World encourages children to play, build, create and pretend with thoughtfully designed digital games that spark imagination and curiosity.

We are absolutely delighted to be working with Spin Master Entertainment on this wonderful preschool project and fantastic new addition to the award-winning lineup of original series for kids and families on Apple TV+. Sago Mini Friends is the third Apple Original series that Brown Bag Films has worked across, other titles include Get Rolling with Otis, produced by our Emmy Award-winning parent company 9 Story Media Group and animated out of Brown Bag Films – Dublin, and Hello, Jack! The Kindness Show, also produced by 9 Story Media Group, with animation by our Toronto studio.

We can’t wait for Sago Mini Friends to launch on Apple TV+ and for kids and families to fall in love with the colorful characters and joyful world of Sagoville!