◄
Previous:
Behind the Scenes of Pins and Needles
Next:
Equinox Cycle Goes Virtual! #InternationalDayOfCharity
►

“Oh, my giddy!” We're thrilled to have received a Magnolia Award Nomination for Sadie Sparks at the 26th Shangai TV Festival in the Animation Category!

Sadie Sparks is a co-production between our Dublin studio and Cyber Group Studios which launched on Disney Channel UK last year. Created and directed by Bronagh O’Hanlon, the series follows the adventures of Sadie, a 14-year-old girl with magical powers, who must juggle high school life with her new role as a wizard-in-training. To harness her volatile abilities, she receives mentorship from Gilbert, a very old and very grumpy rabbit sent to the human CGI-animated world from a magical 2D-animated realm. 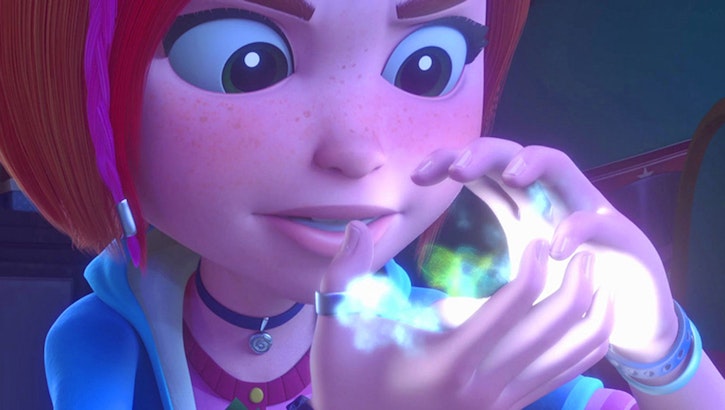 A huge congratulations to our Sadie Sparks team, Cyber Group Studios and our partners at Disney UK. It's a truly magical honour to share this nomination with you! 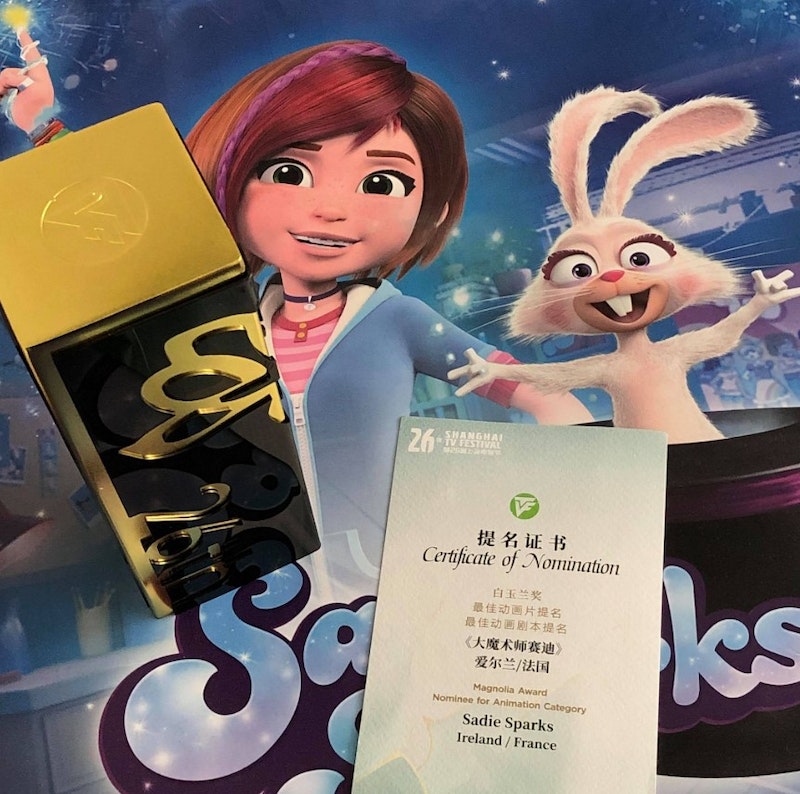 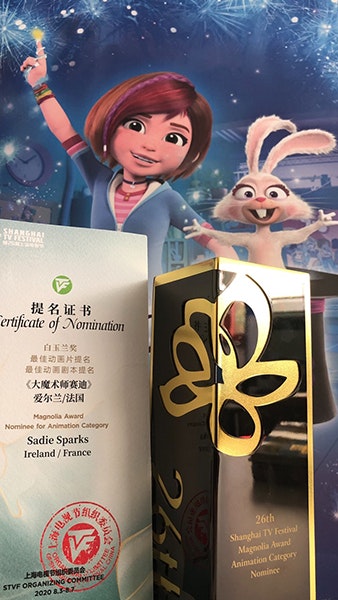 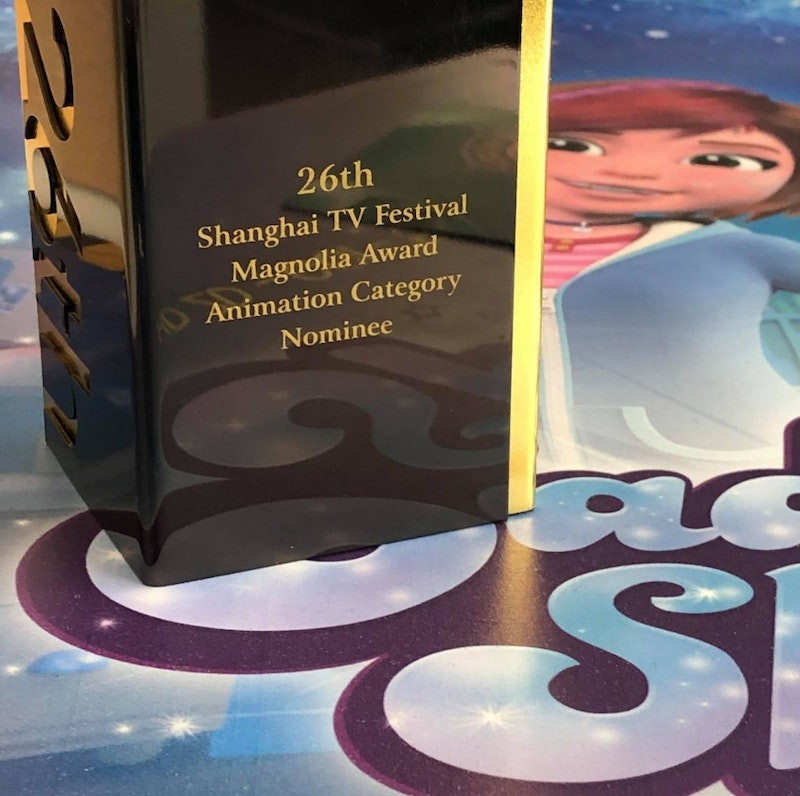 You can read more about the Shanghai TV Festival here and view the full list of this year's winners.