“Why so serious?” This week's #FanArt comes from our seriously talented Dublin studio Storyboard Revisionist, Darren Nesbitt. Darren's a huge fan of the Batman series so when he heard about the release of 'Joker' he just had to do a drawing about it!

Darren: It was important that the mark-making had energy and gesture as I thought this was fitting for the 'Joker'.

I used the classic greens and purples associated with him and kept the angles and lines as sharp as possible and wanted the pale turquoise and white to resemble his face paint. I also wanted an animation feel to the drawing.

I'm a huge Batman/Joker fan and it's fun to play around with the designs of the two well-known characters. 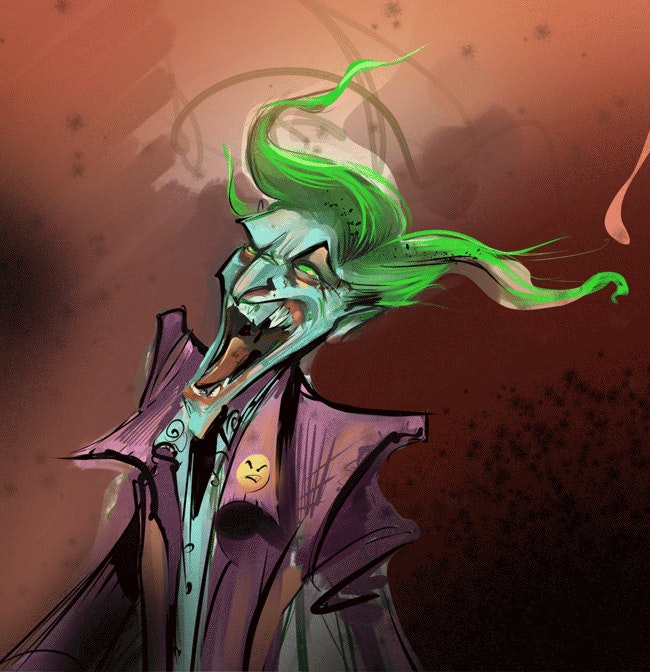