WAHOO, the Doc is IN!

The 52nd NAACP Image Awards nominees have been announced and Doc McStuffins has been nominated in the Outstanding Animated Series category. 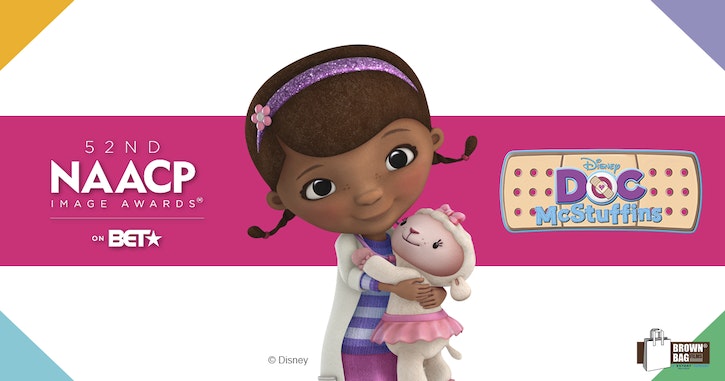 Doc McStuffins has been nominated alongside Big Mouth, Central Park, She-Ra and the Princesses of Power, and Star Trek: Lower Decks.

We are so proud to see Doc McStuffins being honoured with a nomination once again at the NAACP Image Awards having garnered its 4th win in 2019.

The NAACP Image Awards honors the accomplishments of people of color in the fields of television, music, literature, and film and also recognizes individuals or groups who promote social justice through creative endeavors.

Winners will be revealed during the 52nd NAACP Image Awards ceremony which is set to air on BET on Saturday, March 27th at 8:00 PM ET, and to simulcast across ViacomCBS Networks, including for the first time on CBS.

And don't forget to Cast Your Vote!