◄
Previous:
May the Fourth Be With You #StarWarsDay
Next:
Coming Up: TAAFI Animation Job Fair
►

Are you interested in learning to storyboard? We've got something that may help - a mini masterclass with our very own, Anya and Angela's Christmas Director, Damien O'Connor!

CineMagic Dublin will be running the workshop for kids aged 8-12, on Saturday, 19th May from 2pm in Liffey Trust Studios. 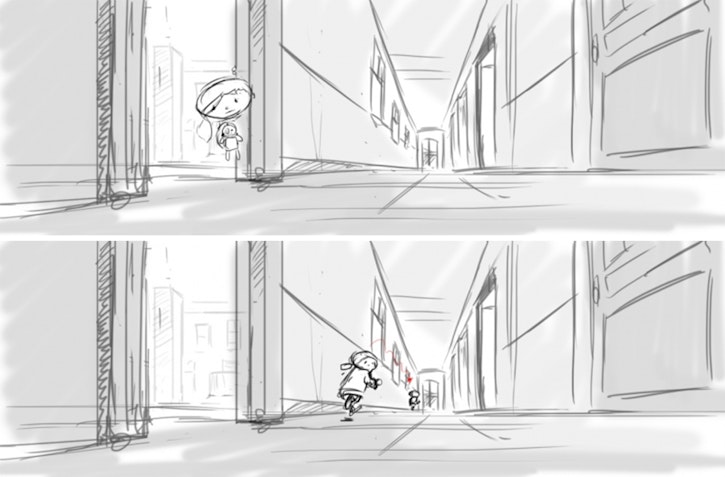 Every animated film, from million dollar Disney films to low budget short films, all start with a storyboard. A storyboard takes a script or a story and turns it into a series of drawings, these drawings show everyone where the camera will be placed, where the characters need to be positioned and what the characters will be doing. The trick to a good storyboard is to know where to place the camera and characters to best tell the story. Informal, fun and informative, the workshop will use examples and exercises to give participants the knowledge they need to visually tell a story, participants will then be able to storyboard stories of their very own (stories can be provided and all levels of drawing ability catered for). Led by storyboard artist Damien O'Connor.

Damien O’Connor has worked as director on over thirty episodes of the BAFTA nominated, Peabody award winning Doc McStuffins for Disney Jnr/Brown Bag Films. Previously, Damien has written and directed five award winning animated shorts: Mutt, Ledog, the IFTA nominated Dick Terrapin, IFTA nominated After You and ANYA, which was commissioned by Irish NGO ‘To Russia With Love’ to help highlight the plight of Russian orphans. Damien’s most recent work is the IFTA nominated Angela’s Christmas, a half hour special starring Ruth Negga (Lovers/World War Z, Preacher) based on the Frank McCourt (Angela’s Ashes) children’s novel ‘Angela and the Baby Jesus’.

For more info and to book your tickets, please visit: CineMagic Storyboarding with Damien O'Connor