Coming Up: Navigating a New Era of Visual Effects and Animation Supervision with Richie Baneham and Darragh O’Connell!

This year, the Galway Film Fleadh is presenting an insightful interview session, hosted by Screen Directors Guild of Ireland, with Brown Bag Films' own Darragh O'Connell alongside VFX and Animation Supervisor Richie Baneham: Navigating a New Era of Visual Effects and Animation Supervision. 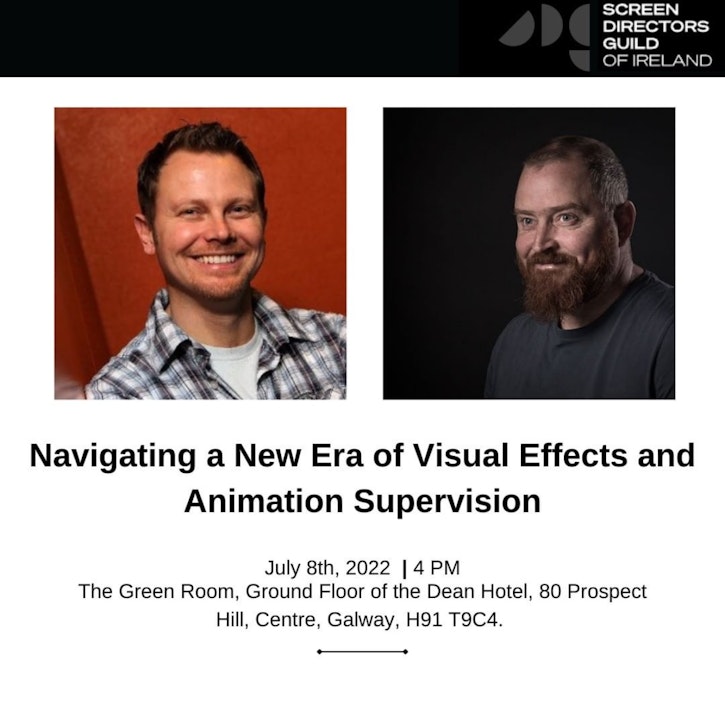 During this session, you’ll get to hear from VFX and Animation Supervisor Richie Baneham, as well as Animation Director and Group Creative Director for Brown Bag Films & 9 Story Media, Darragh O’Connell. Throughout this session, this duo will discuss VFX and animation, as they unpack some of Richie’s films which include titles like Avatar and Alita: Battle Angel. Richie and Darragh will explain how to unlock creativity in VFX and discuss the future of the industry.

This interview event is a part of the Galway Film Fleadh, a week-long international film festival held in Galway, Ireland. This is a festival that provides an opportunity for Irish filmmakers to connect as they exhibit their work and celebrate the craft of filmmaking.

Navigating a New Era of Visual Effects and Animation Supervision, with Richie Baneham and Darragh O'Connell

Be sure to check it out! If you’d like to learn more about the Galway Film Fleadh, and the exciting events being presented, click here.