This year the festival includes a presentation of Cartoon Saloon's upcoming feature 'The Breadwinner', based on the best-selling children’s novel by Deborah Ellis, a Producer's Panel which includes our very own Creative Director Darragh O'Connell alongside Boulder Media's Rob Cullen, Giant's Alex Sherwood, and Pink Kong's Niamh Herrity and a Keynote by Director Dean DeBlois (How to Train Your Dragon 1 & 2, Lilo & Stitch)!

There will also be an 'Igniting Sadie Sparks' panel at which our very own Director of Development Jennie Stacey, Director Bronagh O'Hanlon alongside Disney's Beth Parker, and Lucy Pryke and Head Writer and Development Executive Rebecca Hobbs discuss their diverse careers in the world of animation and how they collaborated together on new show 'Sadie Sparks'. The panelists will also be available to chat with students after the panel! 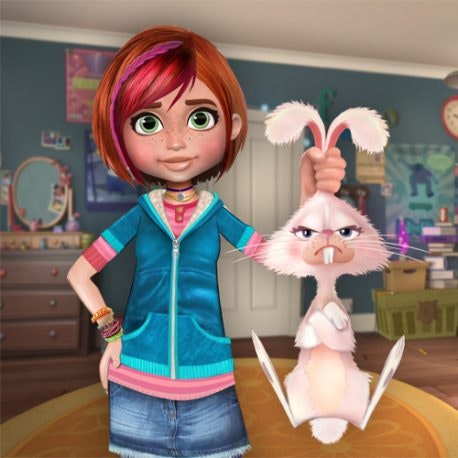 Other festival highlights include screenings of The Red Turtle, My Life as a Courgette, and a selection of international shorts, workshops with Kyle Odermatt, VFX Supervisor on Moana and Big Hero 6, and professional actor Ed Hooks on acting for animators. There will also be a chance to dabble in some VR 3D painting with Tilt Brush by Google!

The Irish Student Animation Awards and the YAOTY Awards ceremony will take place on Friday 24th, with the Irish Animation Awards taking place on Saturday 25th at Dingle Skellig Hotel, where the presentation of The Murakami Award, named in honour of Jimmy T. Murakami, will be made.

All that, and it is in one of the most idyllic locations in Ireland!

Find out more over at dinglefilmfestival.com and check out the full schedule here.