Our Manchester studio will be holding an open evening for graduates on Wednesday, 24th July at The Sharp Project! 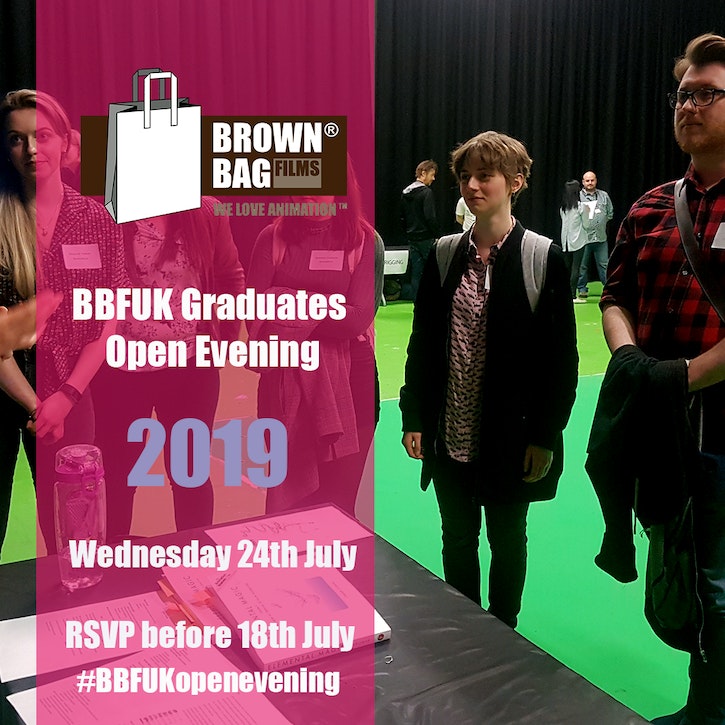 The evening will give newly graduated artists the opportunity to meet with some of our current employees, discuss career options and what it's like to work for Brown Bag Films and also learn more about the amazing children's animations we create. 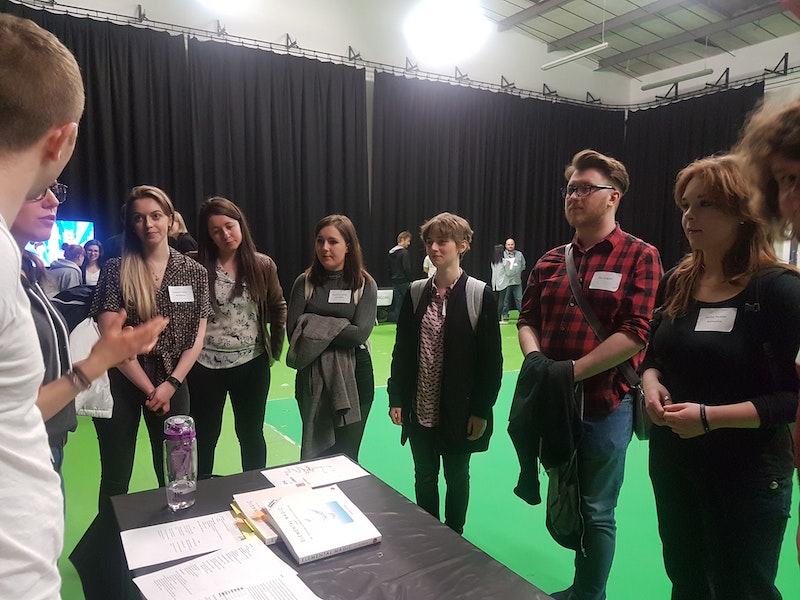 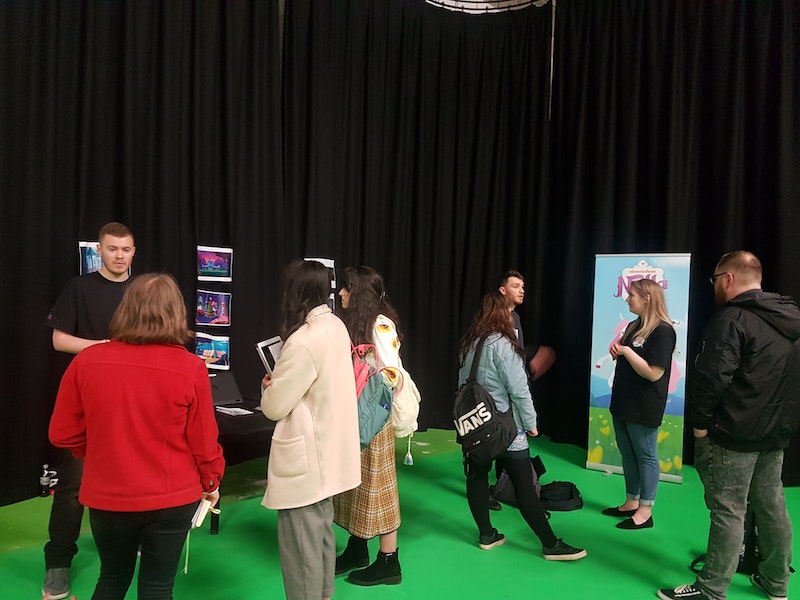 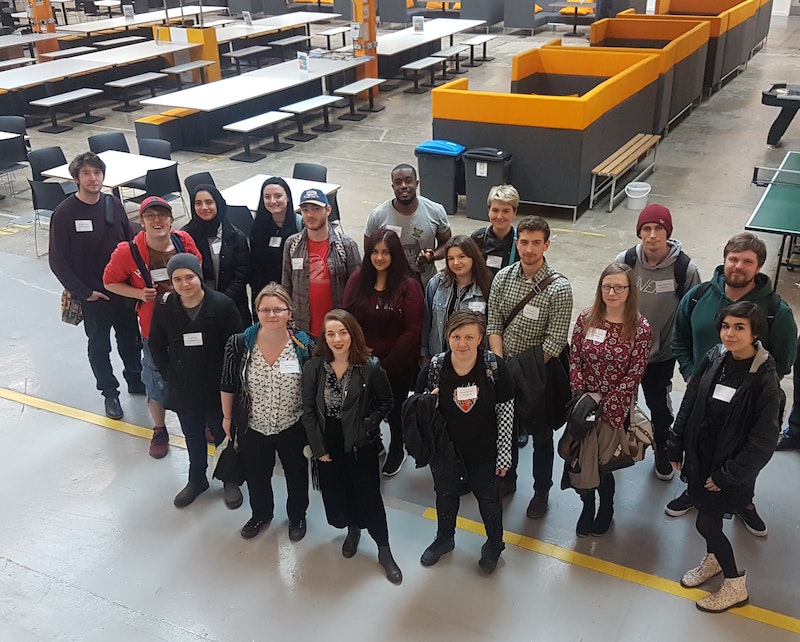 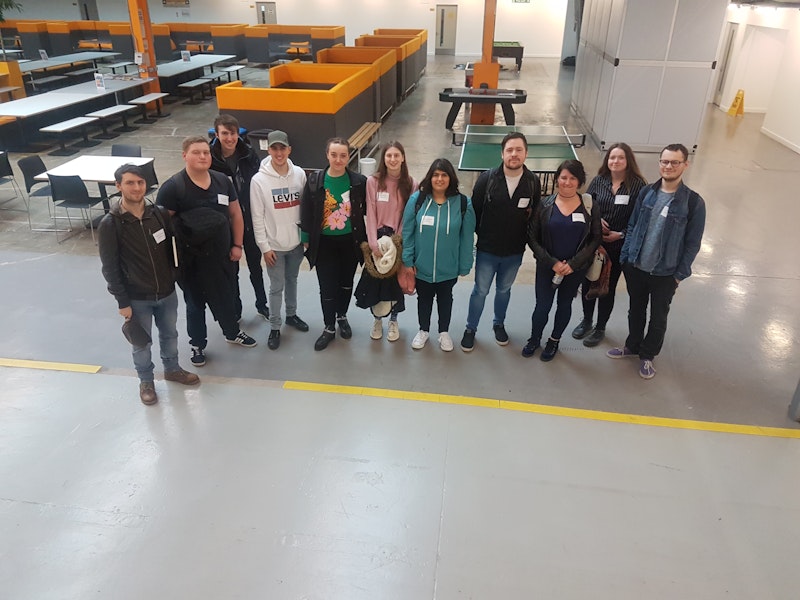 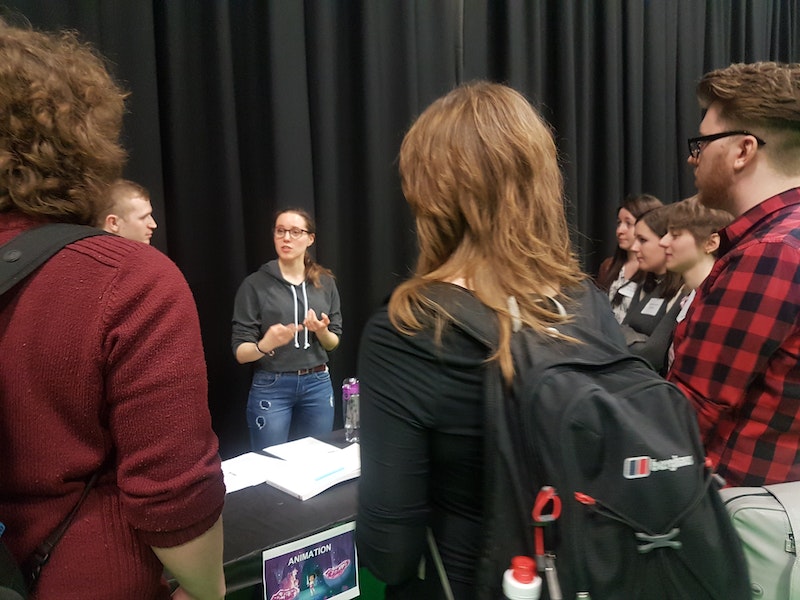 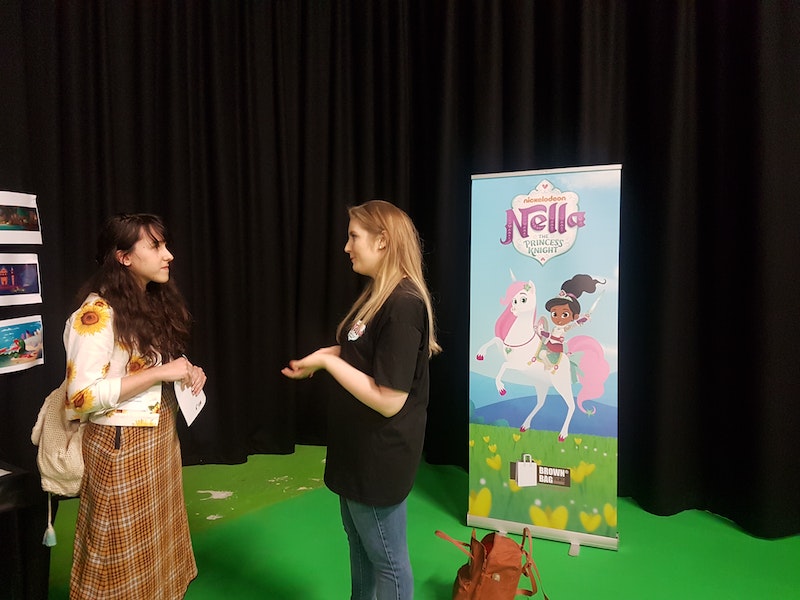 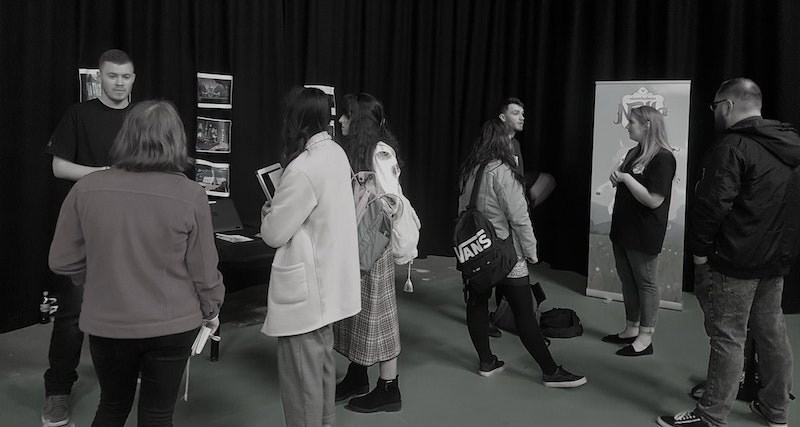 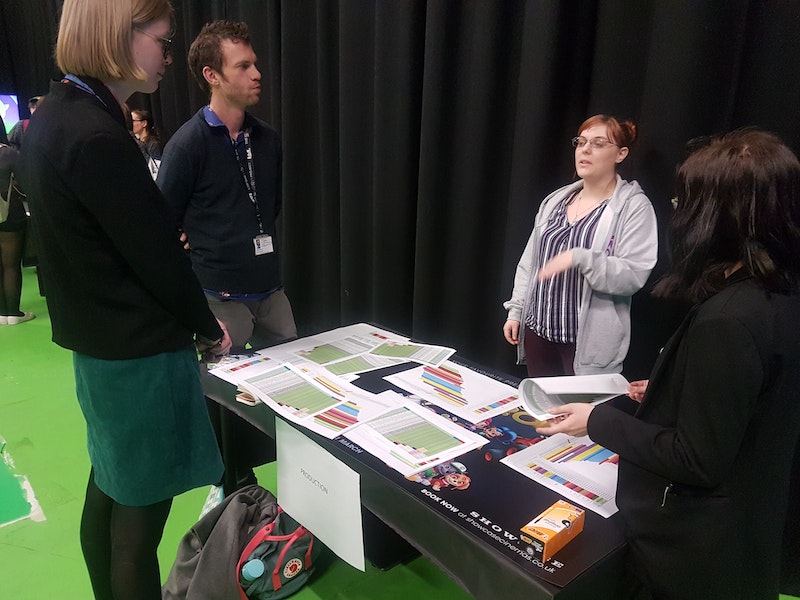 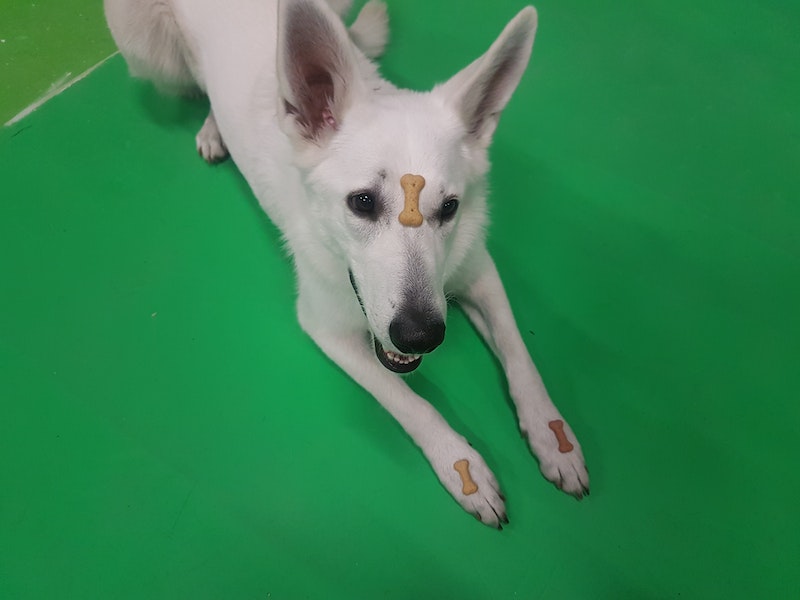 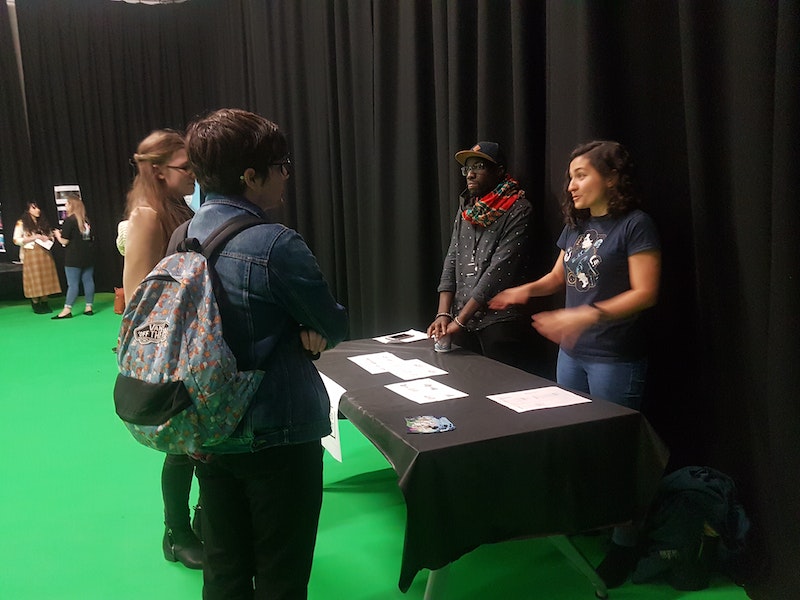 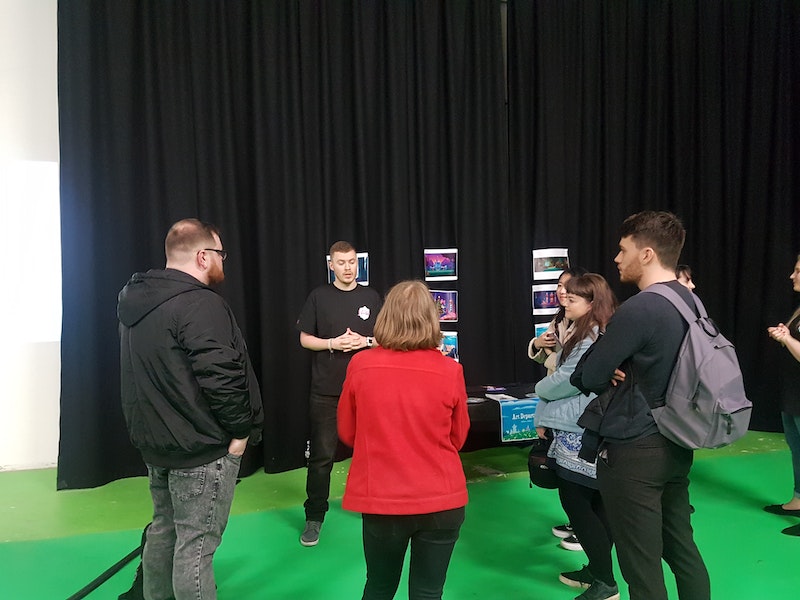 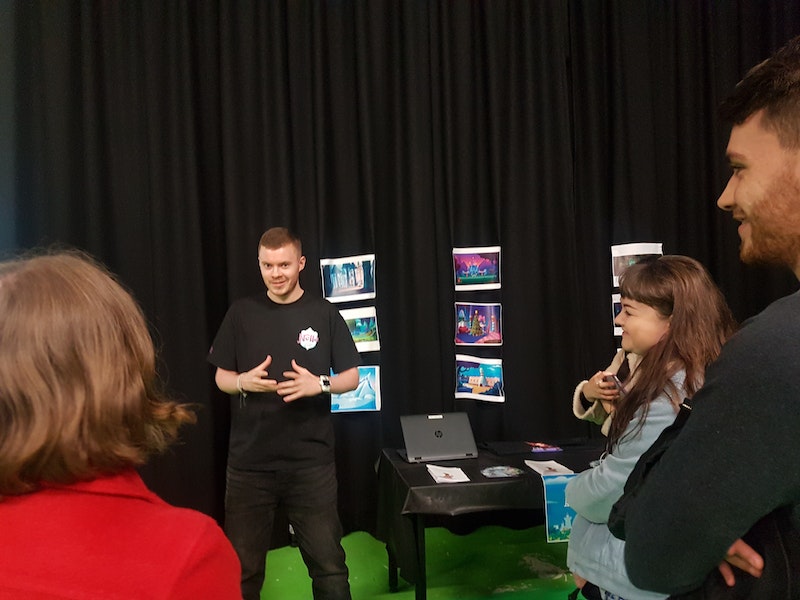 We chatted with some of our previous open evening attendees who are now working with us about their journey from the graduates evening to where they are now, what they most enjoy about working with us in our Manchester studio, and any tips they have for recent graduates. Check out what they had to say: 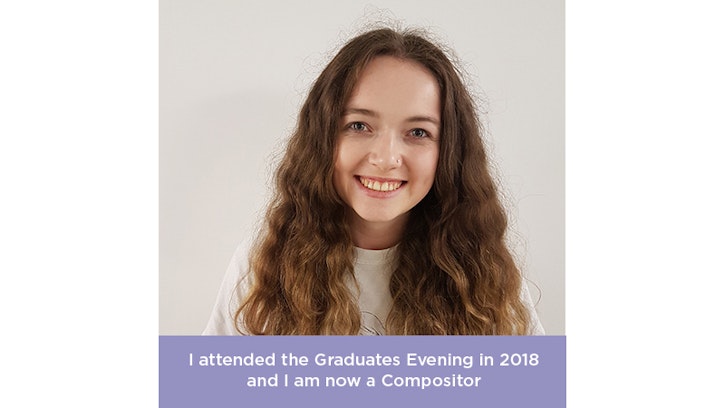 Kelly Mann, Compositor: What I like the most about Brown Bag Films is that there is the opportunity to work in a studio outside of London! (And there’s always tea and biscuits).

After the graduate evening, on my way home, I messaged those I’d talked to on LinkedIn and asked some further questions. I then applied for the Production Coordinator role and was unsuccessful, so I applied for animation. I got an interview at Annecy and took the animation test. However, in my rejection email for animation, I got the offer to take the compositing test. I’m eternally grateful to the team at Brown Bag Films that recognised what I’m actually good at! I’ve now blossomed in the compositing department and hope to stay here!

If you’re truly motivated and passionate you will keep applying and someone will recognise that motivation and know that you’ll continue to grow once you work for them. Also, it helps to show that you can learn! 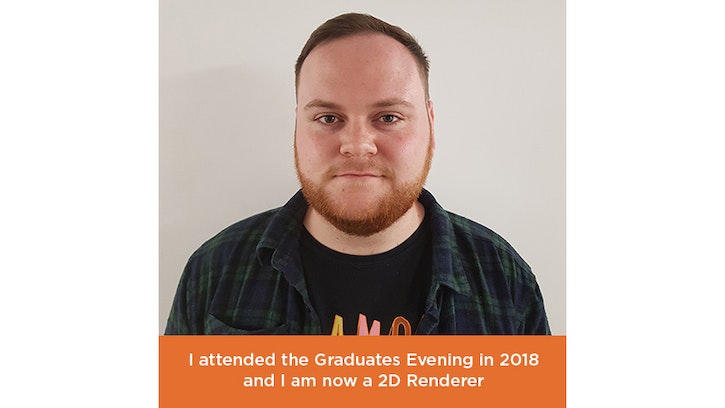 Steve Roberts, 2D Renderer: Brown Bag Films is a super fun place to work! It’s creative, everyone is hella talented and friendly, and they take really good care of us with loads of events, pizza, and parties! And there are dogs. DOGS IN THE OFFICE! It’s the best!

I was in a different position to a lot of the people who attended the graduates evening in that I wasn’t a fresh animation graduate; I’d been graduated three years at this point and had been working as an e-commerce photographer since. I wasn’t happy doing what I was doing, and it led me to check out the graduate evening in the hopes I could finally get a belated entry into the animation industry. I felt super old with all the fresh-faced graduates, but going along turned out to be one of the best decisions I’ve made!

Having a mainly generalist skillset and having previously worked with mostly 3D, I was unsure which area of the pipeline I wanted to specialise in. The graduate evening was super helpful because I got to speak to people from every department and was given a good idea of what each position entailed. I was advised to apply for 2D Renderer and Scene Set Up as good entry points into the industry, so applied for both, and was offered the job as a 2D Renderer around a month later! I’ve been here for nearly a year now, and I’ve learned loads and I am looking at progressing into a Compositing position should the chance come up!

My tip for graduates would be to ask questions, especially if you’re unsure which department you want to focus on. Also, even if you don’t fall into an industry job straight after uni, don’t be put off from trying! If it’s something you really want, you’ll get there eventually! 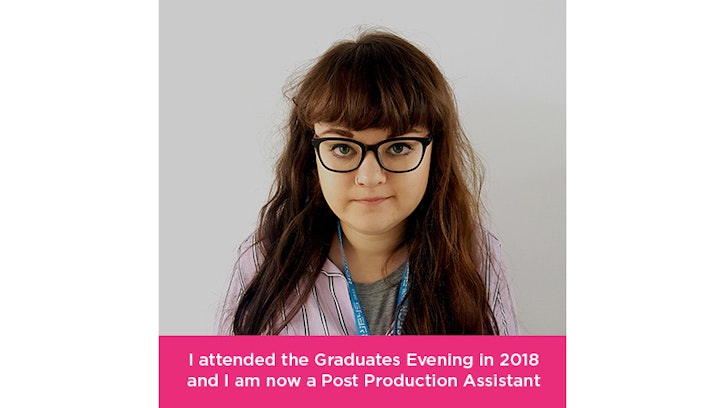 Fi Hilton, Post Production Assistant: It is amazing to be able to work on super cool shows that are recognised around the world, with people that are really talented and passionate about what they do! (There are also dogs!)

After attending the graduates evening there weren’t any roles advertised at the time that suited me, so I emailed the contacts I had made to organise work experience. While organising this I was added to the observational program which looks at all departments across the animation pipeline. During this time a role in the Post Production department came up so I applied and got the job! Talking to the right people and showing your interest makes all the difference!

Having a few different skill sets rather than one focus is always a good thing, use that to your advantage to show what you can offer. Although my focus was editing, I also now have experience in Production and Post Production – if you're positive and driven, the right people will notice! 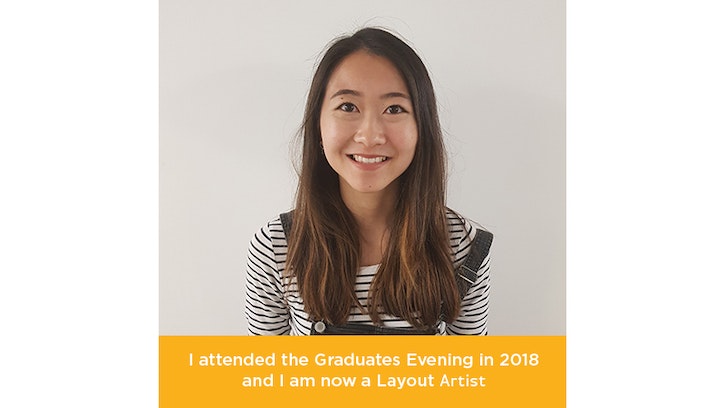 Anye Chen, Layout Artist: What I enjoy most about Brown Bag is that there’s always something going on to make the working week fun and interesting. It’s also great to work alongside such friendly and creative people who are from all different kinds of backgrounds.

When I attended the graduate evening last year I was still finishing up my third year of university, I was aware there were openings at the time, but I had been hesitant to apply. By going to the graduate evening I was able to ask all the questions I wanted. I spoke to people from the art department and showed them my portfolio, which was incredibly useful as I could get their initial impression and listen to their advice. I also spoke to recruitment to find out more about the hiring process which put me at ease and encouraged me to apply not long after. I was incredibly fortunate that a Layout Artist position was open at the time and I was able to start straight after graduation.

Take opportunities at networking events to show your portfolio to people from studios you want to work at. Listen to their advice and then implement it. If a job opens up there’s a chance they will recognise your portfolio and also that you improved it. 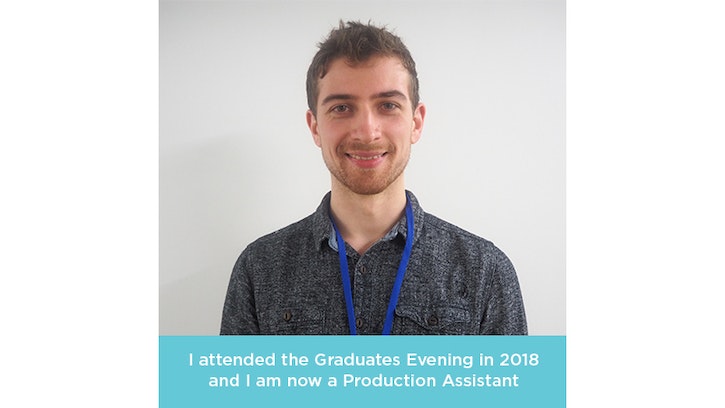 I first came across Brown Bag Films when I went to the Postgraduate open evening last year. I was instantly persuaded by how fun and interesting the company is and how great it would be to work in - with so many people to meet, dogs to pet and a whole building of like-minded young people in digital start-ups at The Sharp Project. I was doing an MA in Media Production focusing on documentary filmmaking at the time and although there were many stands at the open evening I went straight to production and ended up chatting with them for the whole event. I knew it was what I wanted to get into and the connections I made on that day were endlessly valuable to getting my first job here in the industry. I applied a few months later when a job opened up but it fell through. I then discovered that Brown Bag is an industry partner at the Manchester Animation Festival! So I bought a ticket, enjoyed the talks and went to meet the team face-to-face! That is where I met recruitment, sent them my CV and the rest followed.

I would recommend keeping in touch with those you meet. Showing all your enthusiasm and interest in the company and what it does through questions and a good old chat. Make sure to scan through the website beforehand as it looks impressive if you already know some of the work produced by a company. Most importantly, enjoy it, be excited and engage, as that is what shows you’ll be a great addition to this or any other company that you want to join. 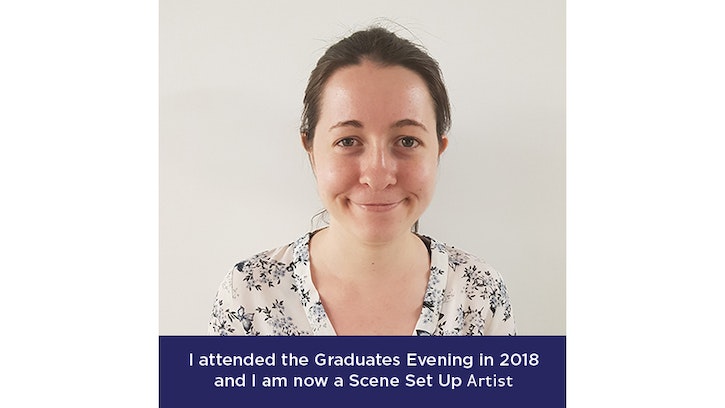 Catherine Egan, Scene Set Up Artist: At Brown Bag Films, I enjoy working with the people the most. You can form good friendships here and the staff are very kind and helpful. It’s a great environment that allows you to learn new skills and hone your creativity.

After the graduation evening, I continued to network with the Brown Bag staff in person. I showed them my showreel work and I was encouraged to apply to the studio. When the opportunity arose for a Scene Setup Artist, I leaped at it. Shortly after, I got an interview and a few weeks later I was offered the job. I am very thankful to Brown Bag Films for giving me the chance to work here. I have learned so much and still continue to do so. I hope to stay here for as long as I can.

My advice is to ask questions. You’ll never stop learning, so if you want to know something, ask! It may sharpen your skills and help you progress in your career. Always expect critique. No one is immune to this. There will always be something that can be done to improve your work and that’s great! It’s there to help you get better at your craft, not hinder it. 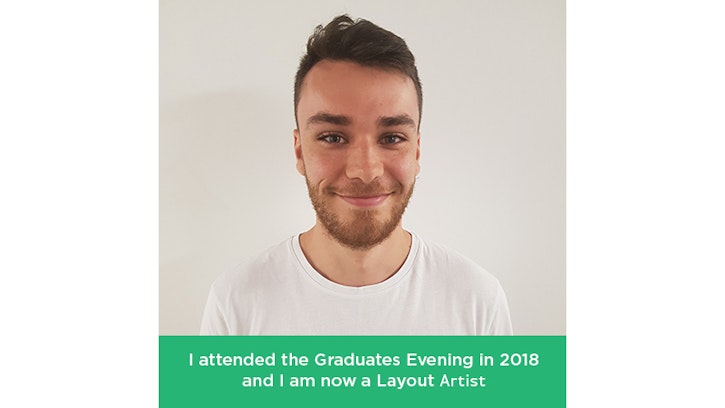 Oliver Howe, Layout Artist: The people at Brown Bag Films are amazing! There’s a great collection of talent and personalities here that are all easy to get on with.

At the graduates evening, I chatted about potential job openings as well as had the opportunity to get some feedback on my portfolio. It was great to actually meet people face to face and it was much nicer than dealing with a company’s email system that I’m sure all graduates are all too familiar with!

Networking is key (an overused statement for sure) but it really is who you know. Make sure to stay active over social media and also stay in contact with your university peers. All job offers I see now are shared or passed on by people I know.

If you are interested in attending our upcoming Opening Evening, please complete this RSVP form. The deadline to register interest is the 18th of July. Our Manchester team will then select people on a first come first serve basis and those selected will be contacted with further details for the evening.

Hope to see you there!

And don't forget, if you are interested in working with us, we're currently hiring across our Dublin, Manchester and Toronto studios, check out our Current Vacancies!