Angela’s Christmas Nominated for an IFTA!

The nominees for the 2018 IFTA Film & Drama Awards have been revealed and we are thrilled to announce that Angela's Christmas has received a nomination! 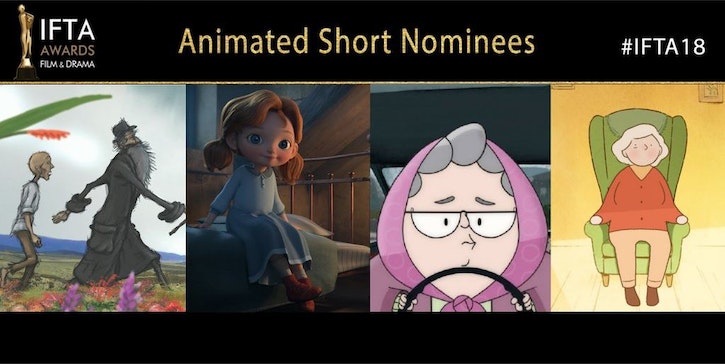 Angela's Christmas has been nominated in the Animated Short Film category along with An Beal Bocht, Departure and Late Afternoon.

The film stars Oscar nominated Ruth Negga (Loving, Preacher) in the role of Angela’s mother, and Lucy O’Connell (Oscar nominated Song of the Sea) as Angela. The film is written by Will Collins (Song of the Sea, Wolfwalkers) and Damien O’Connor (Anya, Doc McStuffins), and directed by Damien O’Connor. Ellen McCourt, Frank’s widow, serves as an Executive Producer on the project and Malachy McCourt (Brewster’s Millions, The January Man, One Life to Live), Frank McCourt’s brother, and Irish-American actor, writer and politician, provides the narration.

Congratulations to all the nominees! You can see the full list here.