Activate Creature Powers and get ready for some GRR-IFIC news! The 2022 Canadian Screen Awards nominations are in and we are thrilled to share that our 9 Story and Brown Bag shows have received a combined total of 7 nominations! 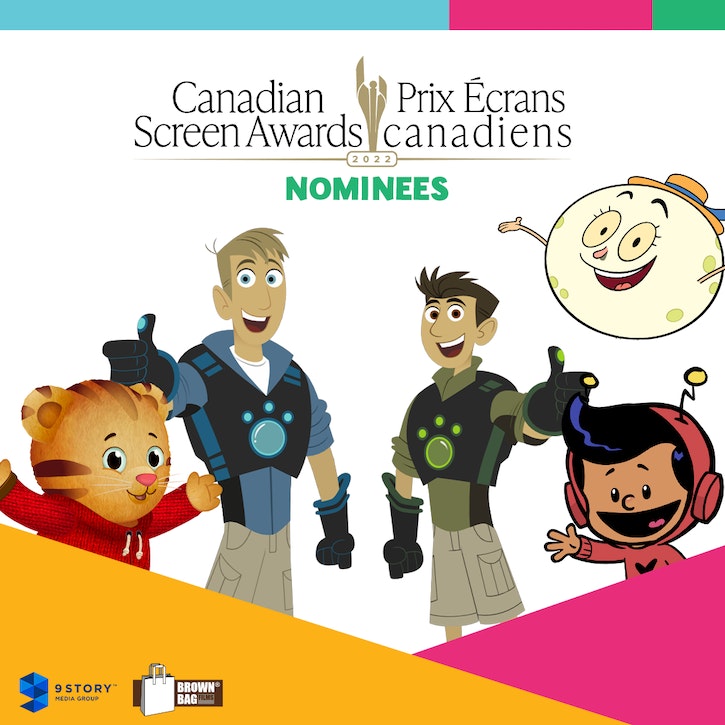 Next, Wild Kratts Directors, Martin Kratt and Louis Champagne have snagged a shared nomination for Best Direction, Animation for their work on the series special Wild Kratts: Cats and Dogs.

Writers Charles Johnston is nominated in the category of Best Writing, Animation, for his work on the “I am Temple Grandin” episode from Xavier Riddle and the Secret Museum.

Composer Meiro Stamm has scooped up a nomination for Best Original Music, Animation on the Xavier Riddle episode “I am Ella Fitzgerald”, alongside Ari Posner, Amin Bhatia, and Kris Kuzdak who are nominated in the same category for their work on the Let’s Go Luna episode “The Way of the Gaucho”.

And to top off the list, Let’s Go Luna is also nominated for Best Sound, Animation for “Leo the Viking”. Shout out to the series sound team Mike Mancuso, Joe Tetreau, Patrick Mallan, Ryan Eligh and Matt McKenzie on this fantastic honour. 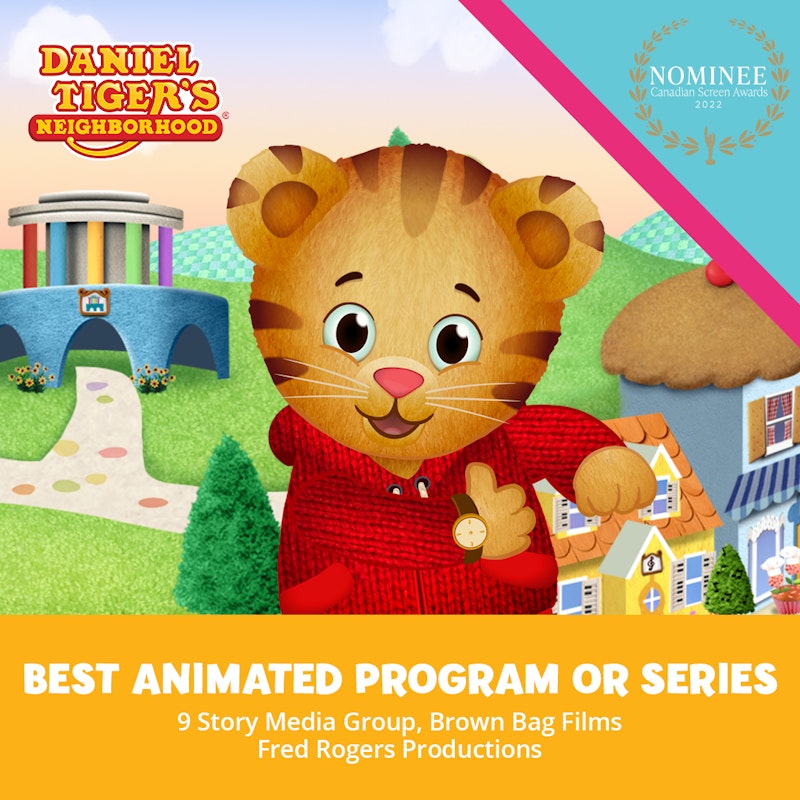 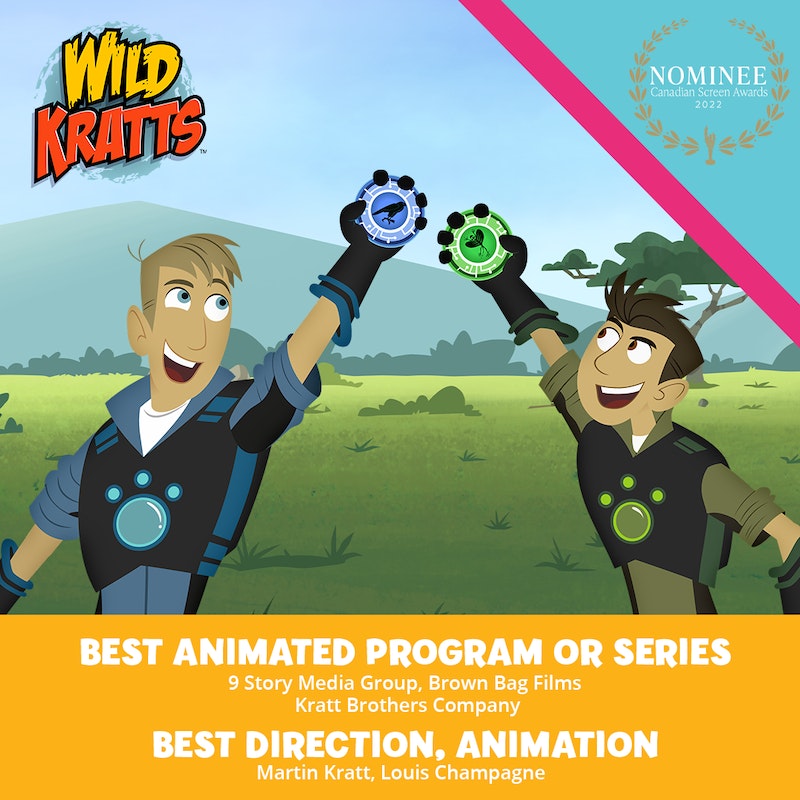 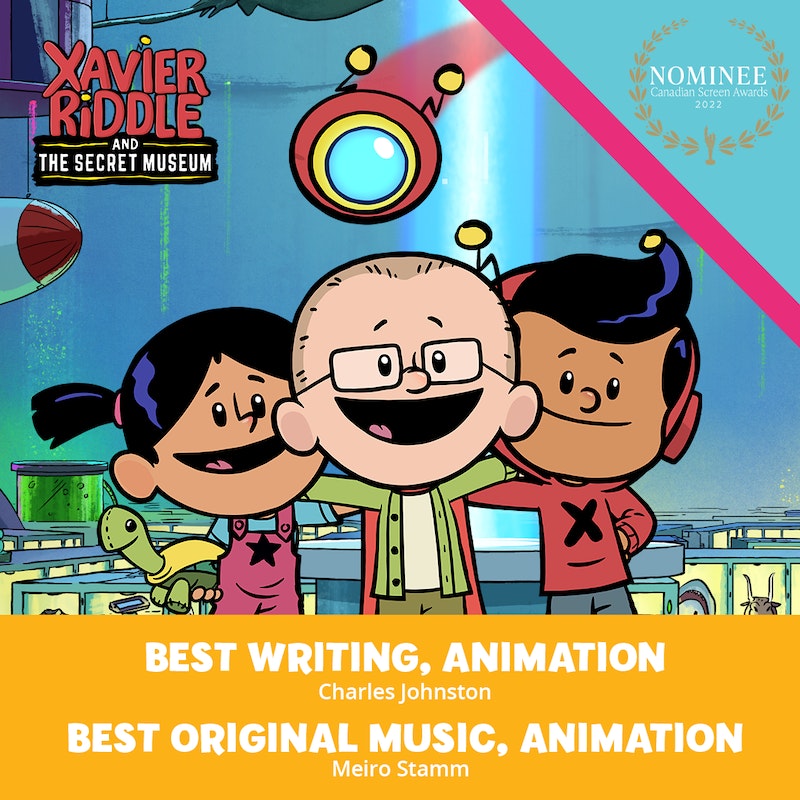 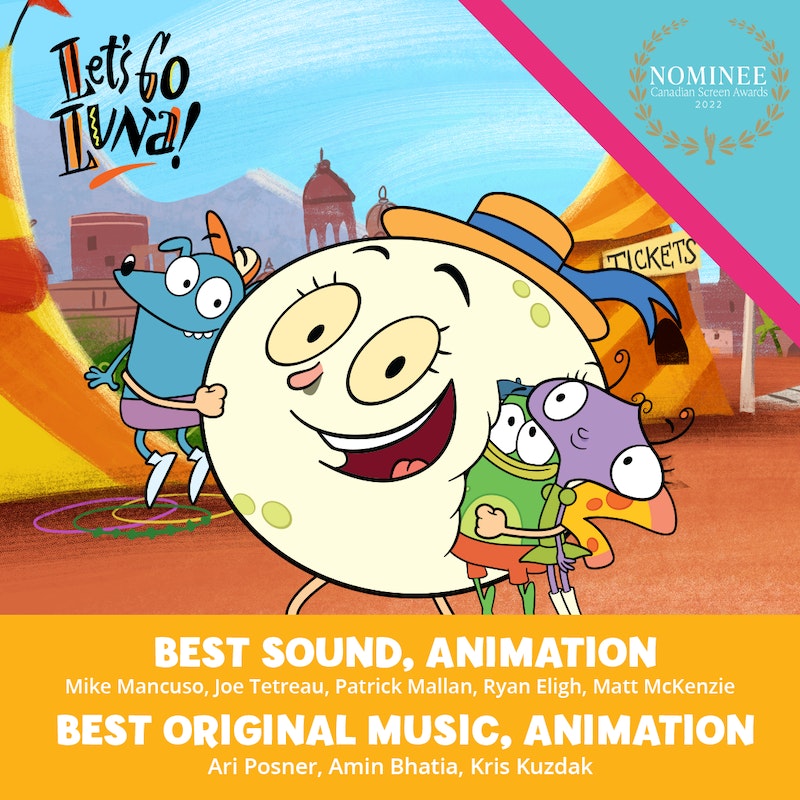 A huge congratulations to our nominated productions and partners, and to everyone involved in bringing these series to life. We would also like to extend a warm round of applause to all the 2022 Canadian Screen Awards nominees.