March is here, which means Women's History Month is in full swing, and this Sunday we will join together and celebrate International Women's Day around the world.

In honour of this events we thought we'd take a deeper dive into some of the women in the animation industry who inspire us!

Enjoy our studio sourced 'Amazing Women In Animation' whose work inspires us everday! Take a scroll below and be sure to add your own favourite in the comments at the end.

Her concept designs and the way she made use of colour in her illustrations are stunning. She was inducted into the Disney Legends and honoured with the Winsor McCay Award after her death.

Mary Blair has been credited with introducing modernist art styles into The Walt Disney Studio, she and Walt came up with the “It's a Small World” attraction. She was a woman in the 1940s who excelled above the predominantly male animation sector in art direction, which at this time, was unheard of. Leading the way for female artists in the animation industry! 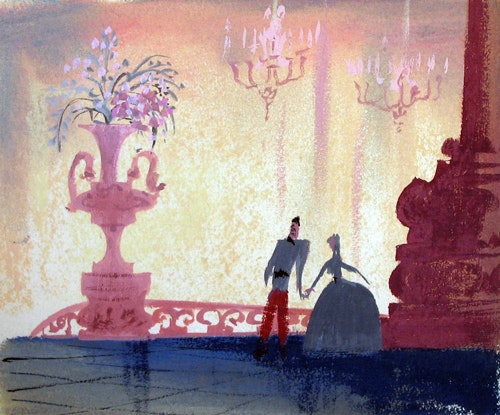 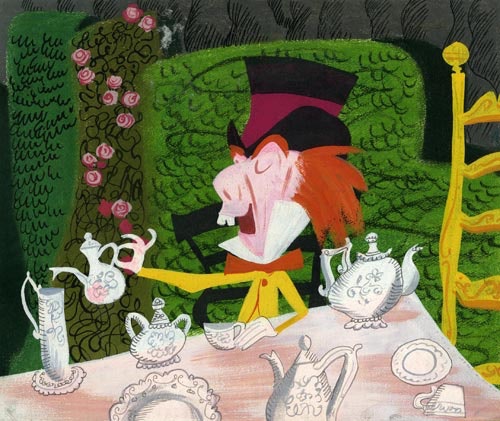 Brenda Chapman became the first American woman to direct an animated feature film from a major studio. The film was The Prince of Egypt (1998). She went on to write Brave. Although she isn't the first or only multi-talented female artist in our industry she rose up during a time when women in animation had to fight for every step up the proverbial ladder. For me in particular as a woman over 40, seeing her career blossom lead me to make my decision to return to school, get my degree and change my career path.

Nancy Beiman, teacher and mentor at Sheridan college, known for her work on Hercules, A Goofy Movie and Treasure Planet. If I'm not mistaken I remember her saying that when she was in school for animation there was only one other girl besides her in her class since at the time the animation industry was very male-dominated.

Creator of Steven Universe! Changed the game by having inclusive characters and heartfelt topics with clever and interesting ways to explain to younger audiences themes like sexuality, gender roles, consent and feelings of inclusion. The show also has an outstanding sense of humour. 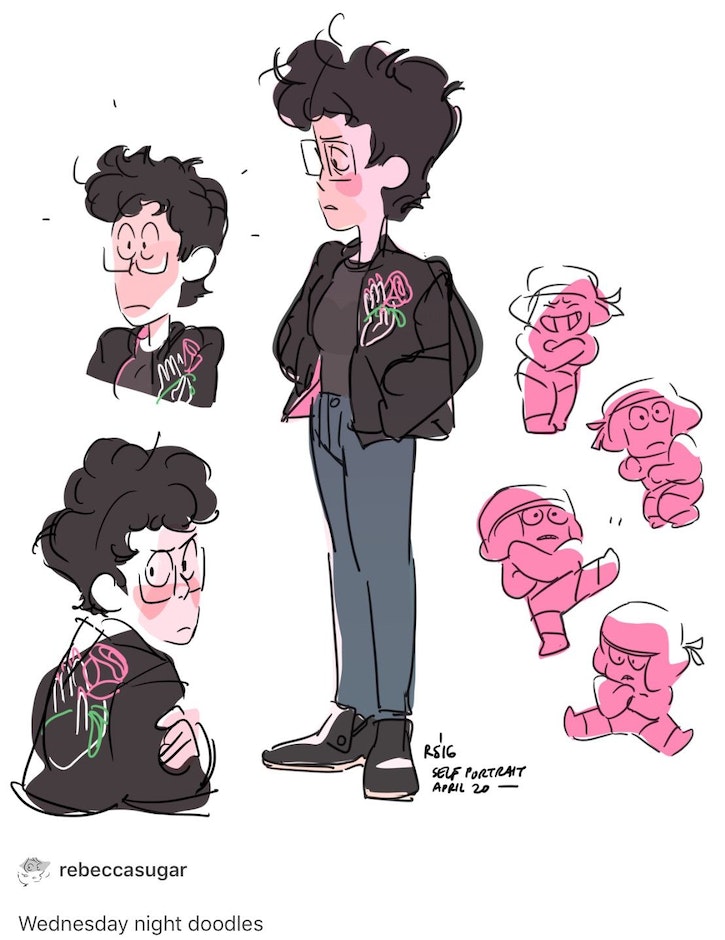 Domee Shi is the most recent addition to my personal list of influential women in animation.  Our homegrown talent, and burgeoning “star” is a testament to how far we have come in this industry and how looking forward there will be more “Shi”'s to come after her and we as consumers of animation won't even bat a well mascaraed (or not) eyelash. 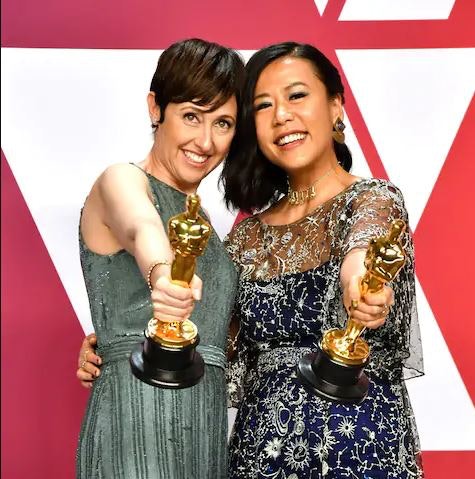 Saskia Gutekunst is a concept artist in Germany, and she is extremely skilled at designing diverse characters and painting. You can find her work here: coyotesaskia.blogspot.com or on her ArtStation.

Jillian Tamaki is a Canadian illustrator currently living in Toronto. Her work is super loose sometimes but really refined at other times. It's really varied and exciting.  I chose Jillian Tamaki because I've always found her work really exciting and constantly changing. I think she is both an amazing illustrator and writer, which allows her to create comics. She also often talks about the rights and representation of people of colour, queer folk, diverse body types, etc. 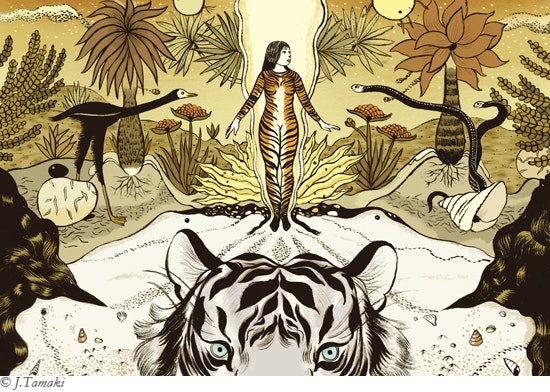 Sonnye Lim is amazing. She's an animator who creates really stylish and gorgeous gifs and films.  I chose her because I really like her aesthetic sensibilities and ability to make striking images and animations in either black and white or colour. She seems to really know how to illustrate and animate. She also draws a lot of cute animals, and animates them very realistically. 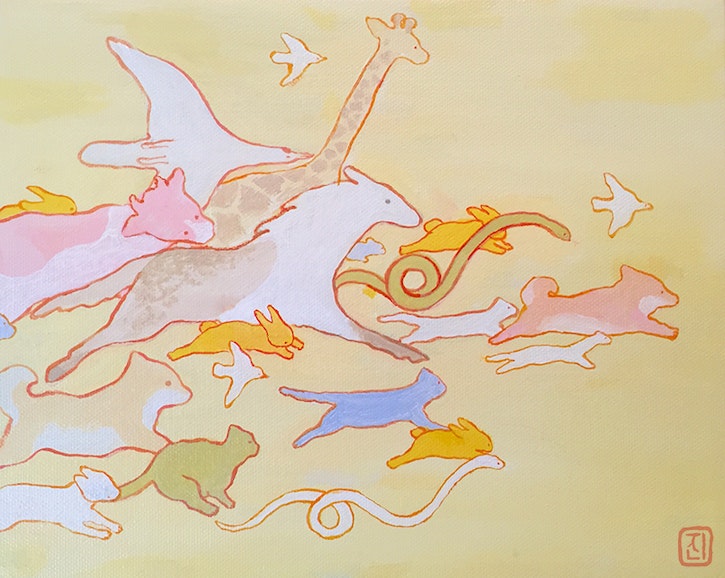 Sonya was my old boss. She's an amazing woman who's had an amazing career in this industry. She's been part of so many great films and television shows and she's a now rare breed of veteran artist who loves teaching the new generation and passing down all of her technical knowledge and experience.

Before working with her, I only knew Flash, but she hired me for my design skills and patiently taught me Harmony. She even went the extra step to train me to become a Harmony Compositor for the production, as well. She exemplifies what it is to not only care about your work but the people who work with/for you.

Check out this interview Toon Boom did with her!

Here is an article talking about the current project she's working on: www.animationmagazine.net/schools/switch-gets-behind-animation-lounge-education-platform/

Lotti Reiniger is the “grand dame” in my opinion of female animation.  Her cut out stop motion animation is simply mesmerizing and was done during a time that the world was in literal chaos in a country that did not appreciate any form of subversiveness.  As I learned about her in college, I became fascinated with stop motion and the artistry behind it.  Keep in mind Ms Reiniger began creating her stop motion masterpieces without the aid of computers and almost single handedly created stunning works under the most duress of times. 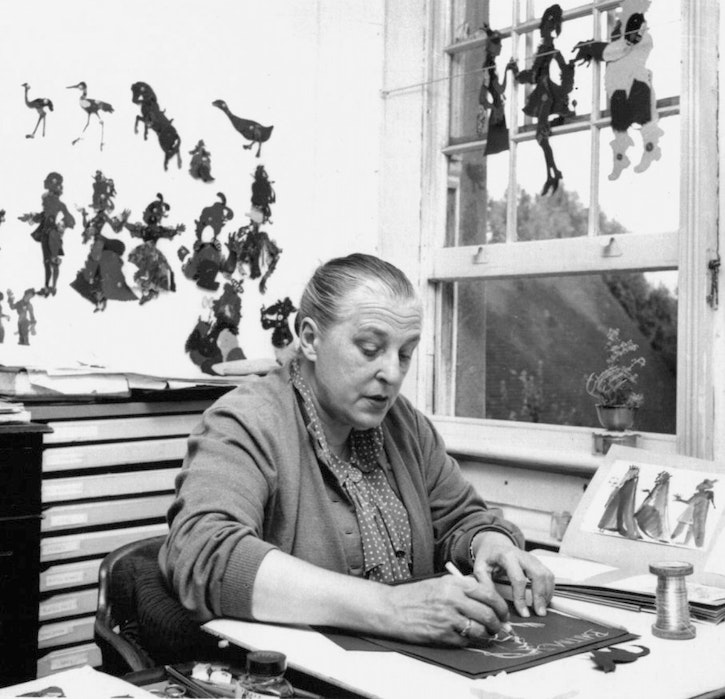 Jennifer is a creative force.  Her visual inspirations and nothing but the best attitude for her work has inspired teams to be better visual artists and always bring her A game.  If you need a visual style that hasn't been seen before, Jennifer is a key talent in this area. The is thoughtful, creative and kind.

Linda has been a champion for animation and animators since her early days at Nickelodeon.  She has a creator first attitude, a lengthy knowledge base about good animation and has led many successful development programs at Cartoon Network and PBS.  If you see a line outside of her door, you shouldn't be surprised as she is one of the nicest people in the business and is in it for the right reasons.

13. & 14. Camilla Deakin and Ruth Fielding from Lupus Films in London

Together they set up this amazing studio and continue to make groundbreaking films and TV series, using many techniques including hand-painted 2D as with The Snowman and The Snowdog. They are a multi-award winning studio and at the heart of everything they make is a true creative vision and a deep love for the art of animation.

Awesome independent animator and one of the filmmakers who made me want to be an animator in the first place.

A creator/writer/exec producer. I produced a series for her a few years ago. She co-created Fraggle Rock and worked on Sesame Street, Bob the Builder and Pingu amongst loads of other hits over the years. She recently exec produced Magic School Bus Rides Again for 9 Story. She is, without doubt, an immensely talented and inspiring woman and also one of the nicest people you'll meet. She is someone who shows that kindness and success are not mutually exclusive.

Natalia Freitas is an incredible 3d artist/animator, she did some work on Moana, Hotel Transylvania, Smallfoot… And, based on her tough background story, I can say she's one of the strongest women I've seen in animation. 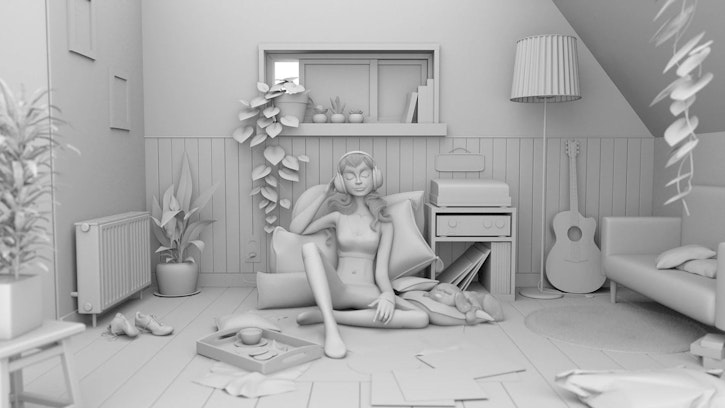 During a career spanning five decades in the animation industry, Michiyo Yasuda was responsible for absolutely amazing, complex colour design in some of Japan's most highly regarded animated films. In 2011, Yasuda received an Animation Lifetime Achievement Award from the Japanese Movie Critics Awards.

Yasuda started working with Studio Ghibli from the beginning when it was founded in 1985. She led the studio’s colour department and animated on films dating back to Nausicaä of the Valley of the Wind and provided the colour designs for Miyazaki's Academy Award-winning animated film Spirited Away and the Academy Award-nominated animated feature The Wind Rises. In most Ghibli films the colours are vivid, with a lot of detail given to the simple things, such as the colour of the grass or the blues in the sky.

She received an education in culture and the arts at school and at home but did not have the opportunity to continue her studies into higher education. She started looking for a job to support herself. Yasuda joined Toei Doga in April 1958, immediately after her graduation from high school. Yasuda has said that she applied not knowing what the job entailed but that she had submitted her application because she did not fancy employment in any of the other jobs available for most women at the time, such as bank teller or store clerk. Instead, she took the opportunity to work in a creative field.

In the Los Angeles Times Cristy Lytal observed: “For Yasuda, colour is a storytelling tool that is every bit as powerful as words”. In the article, Lytal quotes Yasuda, saying: “What I like best is when I am building up the colours in my head, thinking of how to get the tone worked out,” and “Colour has a meaning, and it makes the film more easily understood. Colours and pictures can enhance what the situation is on screen.” 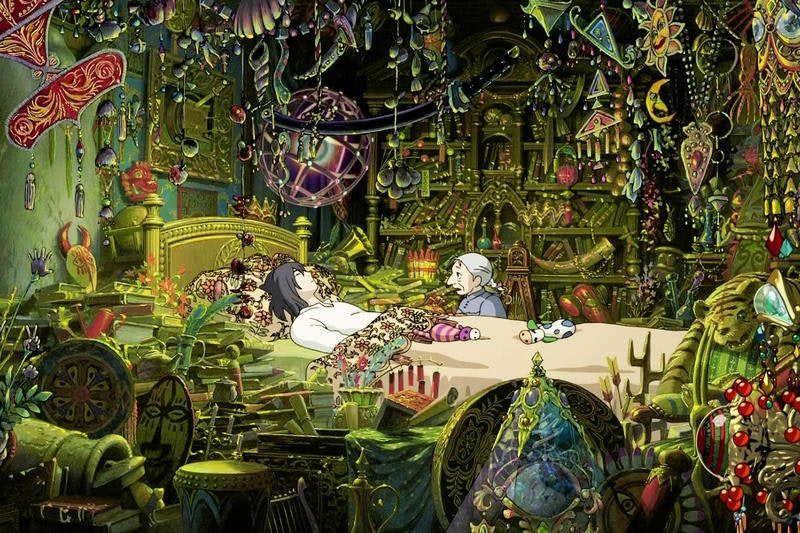 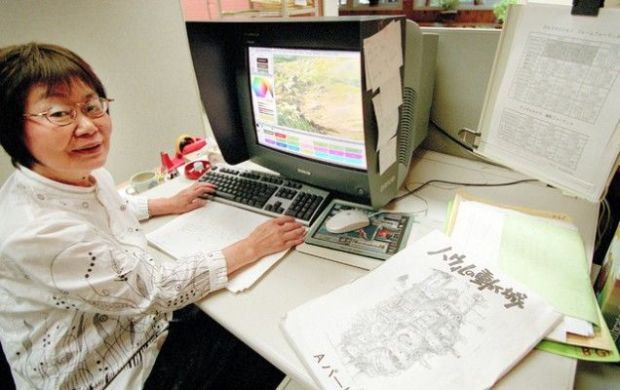 Kathy was editor on “Borrowed Time”; an outstanding, Oscar-nominated animated short directed by Andrew Coats & Lou Hamou-Lhadj. After working in Editorial on Projects at Pixar and BlueSky, I had the privilege of working with Kathy in New Zealand on Kirby Atkins CG feature “Mosley”.

She brings out the best in Directors through collaboration in the edit, is highly creative in her own right, and is an all-around fantastic human being.

Creator of the Oscar-nominated animated short Late Afternoon about dementia. An inspirational woman who shows how hard work and dedication pays off.

“I think it comes down to storytelling, it captures emotion or a feeling - it's part of our culture to be good at telling stories” - Louise Bagnall

Jennifer Twiner-McCarron started work in the animation industry as a production coordinator with CGI pioneers, Mainframe Entertainment. Through hard work and determination, she worked her way up to be CEO of a highly respected animation studio. And in 2018 she was voted as Exec of the Year by Playback Magazine in Canada.

Not only is she extremely talented, but she's also an absolutely wonderful person to work for. She's climbed to the top of her field but she's never forgotten the people that helped her get there. And she's done all that while balancing work and family life. I'm most impressed by the fact that Jenn proves you can be a good person AND be successful!

Gilly Fogg has worked in the animation industry for years and has directed some high-quality programmes for well-respected clients. What's most impressive is that she's done all of that while raising a family and staying true to her principles. She has succeeded without compromising what's important to her. I really admire that!

For me, this woman is a total inspiration when it comes to the world of animation. I love that she has worked in different projects and positions and that she is very skilled in every one of them, from animation, to design to directing.

I look up to her very often because I admire the way she sets a goal for herself and gets it accomplished even if she is a full-time mum and animation is not always as easy as it seems. She makes it look like it's easy and possible to achieve your goals. To me, she is all I want to be as an artist.

Kristine, president of Sony Pictures Animation, brough us this year's biggest animated film “Spinder-Man: Into the Spider-Verse”. She's helped grow the animation division at Sony in a very competitive market and is a role model to the women in the industry who aren't necessarily working in a creative capacity.